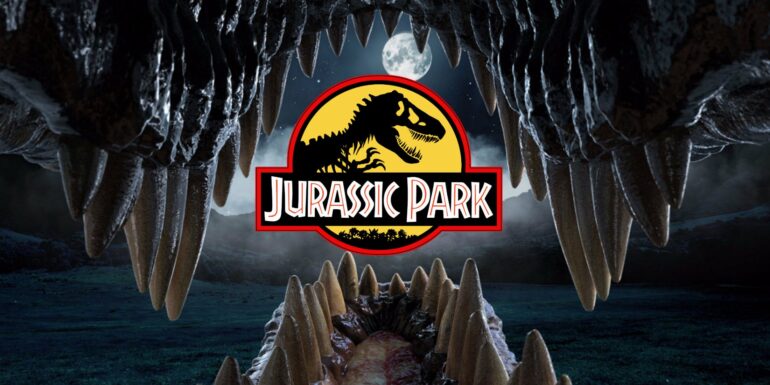 We all love dinosaurs. When we were kids, we loved these humongous reptiles – even the fiercest and most dangerous carnivores like the T-Rex to the 30 feet tall herbivore, the Brachiosaurus. Who doesn’t love dinosaurs? Jurassic Park brought fantasy to life.

The beauty of these extinct animals was resurrected in Steven Spielberg’s movie, Jurassic Park, the film adaptation of Michael Crichton’s book. It was phenomenal. If film creators can do it, why not video-game developers?

Just before dino-based games like ARK: Survival Evolved and Turok became popular, fans of Jurassic Park are dying to get their hands on video game adaptations of the successful film.

Here are all the best Jurassic Park games in 2022.

Ever wanted to take control of the bravest dinos and put them together in a pit for a fistfight? Warpath is your game. Published by Electronic Arts and DreamWorks Interactive and developed by Black Ops Entertainment for the original PlayStation, players can control the dinosaur of their choice. It’s one of the most enjoyable fighting games that feature dinosaurs.

I remember playing this game at night until dawn on my SEGA Genesis when I was 4 years old.

The Lost World is probably my top 2 Jurassic Park game of all time. With its pseudo-open world mechanics where you explore and hunt dinos, you can drive SUVs and hovercrafts in the process. There are also mini-games that involve a T-rex chasing after you, or forcing a Stegosaurus back to its cage by shooting them with a tranquilizer gun – overdose the dino and it’s over.

There was another The Lost World: Jurassic Park game but it was released on the Sega Saturn and the first PlayStation. It featured a more classic approach and uses the side-scrolling gameplay mechanic. While it’s not hailed as one of the best Jurassic Park game, it’s still packed with lots of entertaining aspects like challenging boss fights and it’s visually ahead compared to the Sega Genesis version.

Maintaining the side-scrolling shooting action of its predecessor, The Chaos Continues was praised for its music and sound effects, especially its two-player mode inclusion. However, the game was heavily criticized for its challenging difficulty. The weapons players wield had little ‘stopping power’ against enemies. Regardless, Jurassic Park 2: The Chaos Continues still provides an exciting experience.

It’s the first narrative-focused Jurassic Park video game ever developed. Telltale Games, the studio behind the critically acclaimed interactive drama The Walking Dead episodic series, managed to put a story within the first Jurassic Park film. While it does have that illusion of choice, making players feel that they have control over the story even though they really don’t, Jurassic Park: The Game still provides an interesting plot for those who wanted to experience a narrative-heavy Jurassic Park game.

LEGO games are adorable. Building blocks and collecting LEGO pieces to unlock rare collectibles are not just for kids but for adults who still love toys. Pretty much like the other LEGO adaptations of famous franchises such as Lord of the Rings, Harry Potter, and Star Wars, you can relive the Jurassic Park moments in a LEGO-style safari adventure filled with humor and fun factor with couch co-op!

The game that every dino and Jurassic Park ever wanted – a dinosaur theme park simulator where you can breed, assign dig site teams, manage the park, and build your own Jurassic Park.

Released on the PS2, Xbox, and PC way back in 2003, JPOG looked amazing in its time. From the dinosaur 3D models to the park structures, you could tell that JPOG was one of the best-looking simulators of 2003. Even the voice acting is top-notch. While it’s quite repetitive and serves as an alert voice message, hearing Dr. Grant, John Hammond, and Dr. Sadler’s voice is still very immersive.

Your goal is pretty simple: build your park and make InGen happy. However, it’s not easy as you think. Picking what upgrades to prioritize, how long your electrical fences will be, and the dinosaurs you breed are as difficult as you could possibly imagine. Why? You’re handed with the most minimum budget you could ever have. You need to be wise if you want to make sure your park can sustain the monthly expenses. So if you’re good with budgeting expenses and have a knack for reacting to unforeseen climate calamity, and, not but not least, managing a theme park with highly dangerous animals, then JPOG is for you.

Aside from the game’s impressive visual overhaul from Jurassic Park: Operations Genesis, Frontier Developments’ expertise in developing amusement park simulators such as Planet Coasters gave Jurassic Park fans the ultimate dino-park sim. With its deep core management mechanics, bigger scales, and a staggering voice-cast from the films, Evolution is your go-to dino game if you want to build your ultimate dino-theme park.

Frontier succeeded once again in their sequel of Jurassic World: Evolution. Evolution 2 features a ton of new elements that makes it the ultimate dino theme-park experience. From managing dinos and splicing their genomes to keeping your science team happy, Jurassic World Evolution 2 not just completes the entirety of what a Jurassic Park game should be but breaks through the fence by giving players the freedom of creation.