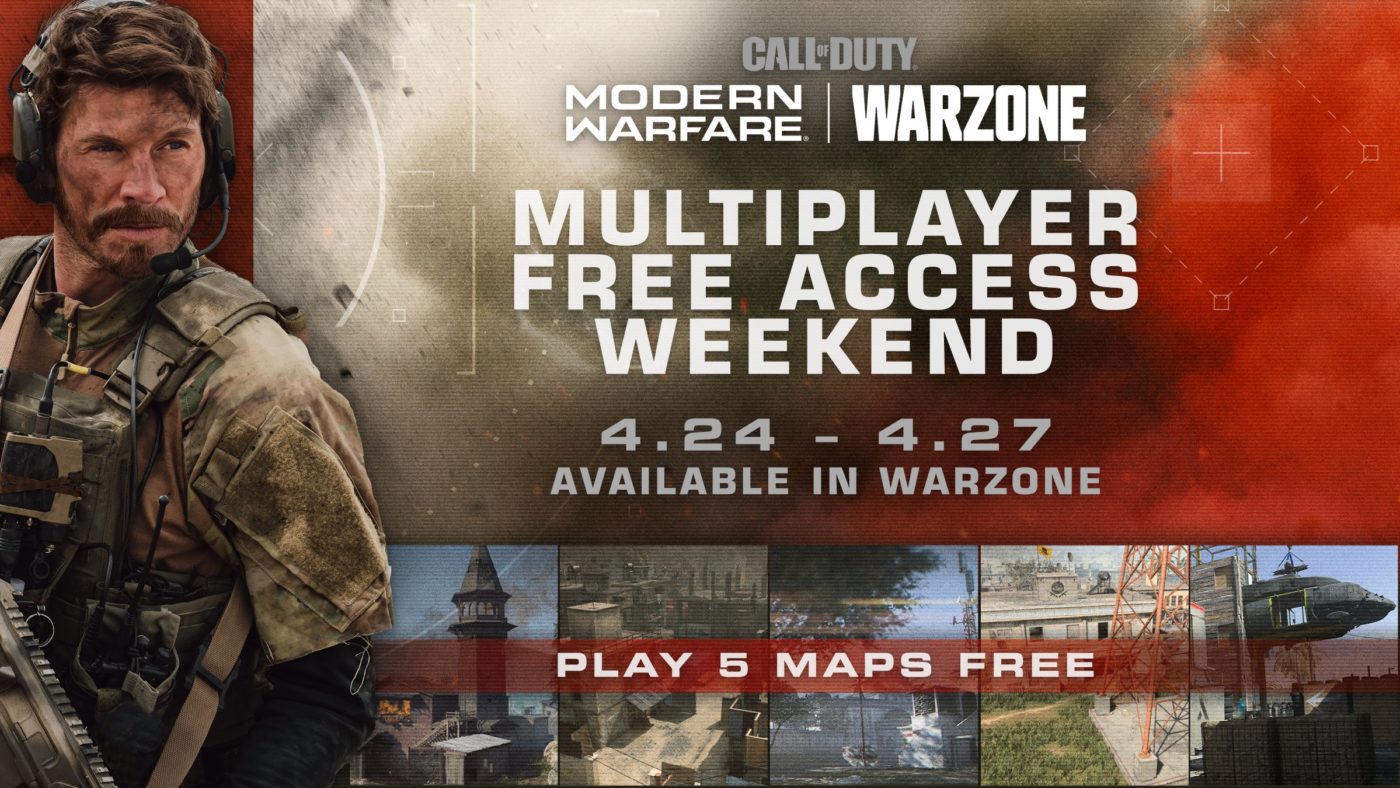 Call of Duty Warzone gets free maps for weekend

The official Twitter account of the franchise recently posted a tweet announcing that players from Warzone can get free Modern Warfare multiplayer access this weekend. This meant the prior game will import five free maps coming from the latter and will only be available from April 24 to 27.

Players can do 6v6 and 10v10 with crossplay on PlayStation 4, Xbox One, and PC. There will a new playlist for players to try out at that time to.

The five maps that will be available on that free weekend are:

Recently, Infinity Ward announced how they would punish the cheaters of the game.