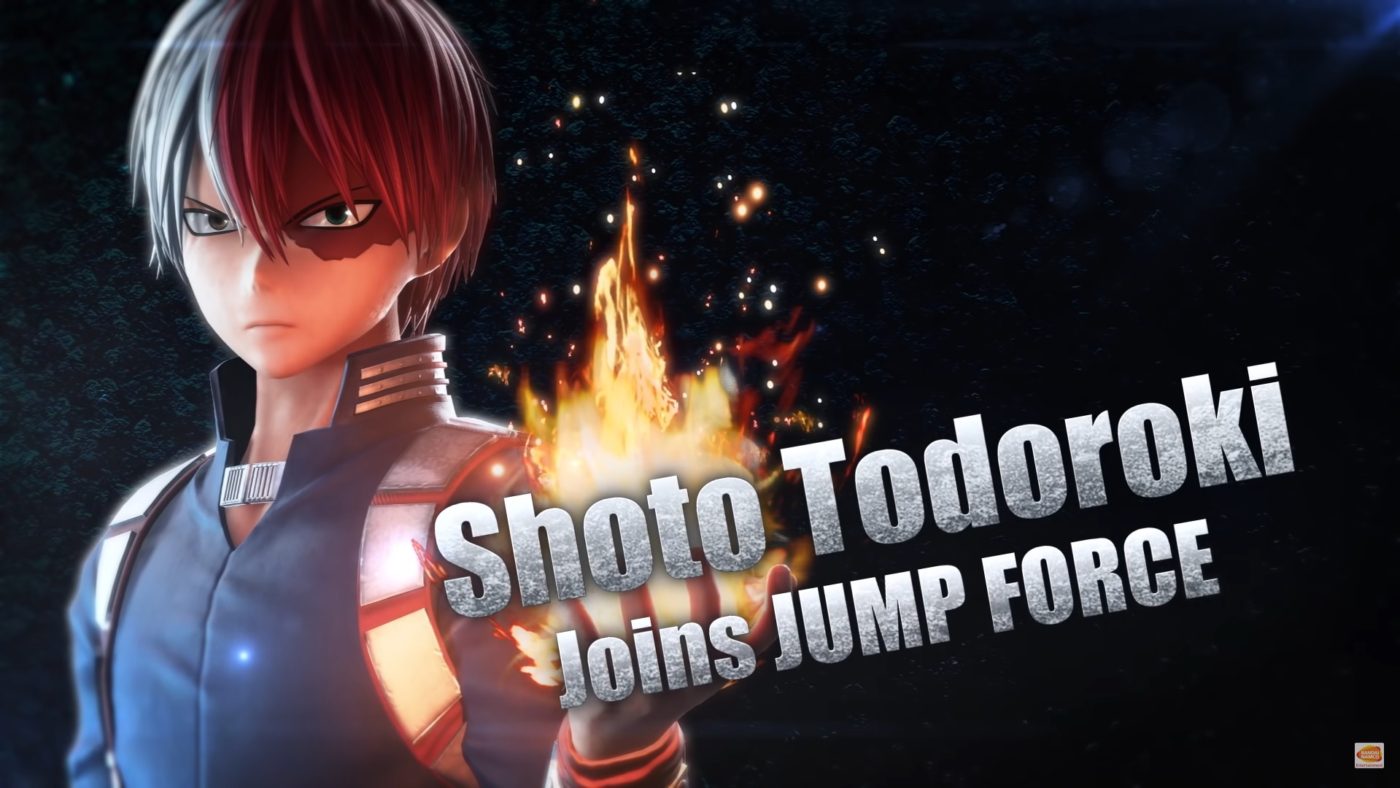 Jump Force Officially Adds Shoto Todoroki To Roster This May

The character from My Hero Academia will now be fighting with his anime team mates in this fighting video game. He has the power of half-cold half-hot quirk, which allows him to control the battlefield and overwhelm his opponents with a combination of hot and cold techniques.

Todoroki will be the first playable character of the Character Pass 2. It will also include four more characters from iconic anime series like YuYu Hakusho, Hunter X Hunter, Bleach, and JoJo’s Bizarre Adventure. These characters will be revealed at later dates.

Characters Pass 2 now costs $17.99. To gain early access to each DLC character, fans must purchase it on or before May 22. The characters can be purchased individually for $3.99 each.

The base game is now available PlayStation 4, Xbox One, and PC via Steam. A Nintendo Switch version is coming soon.