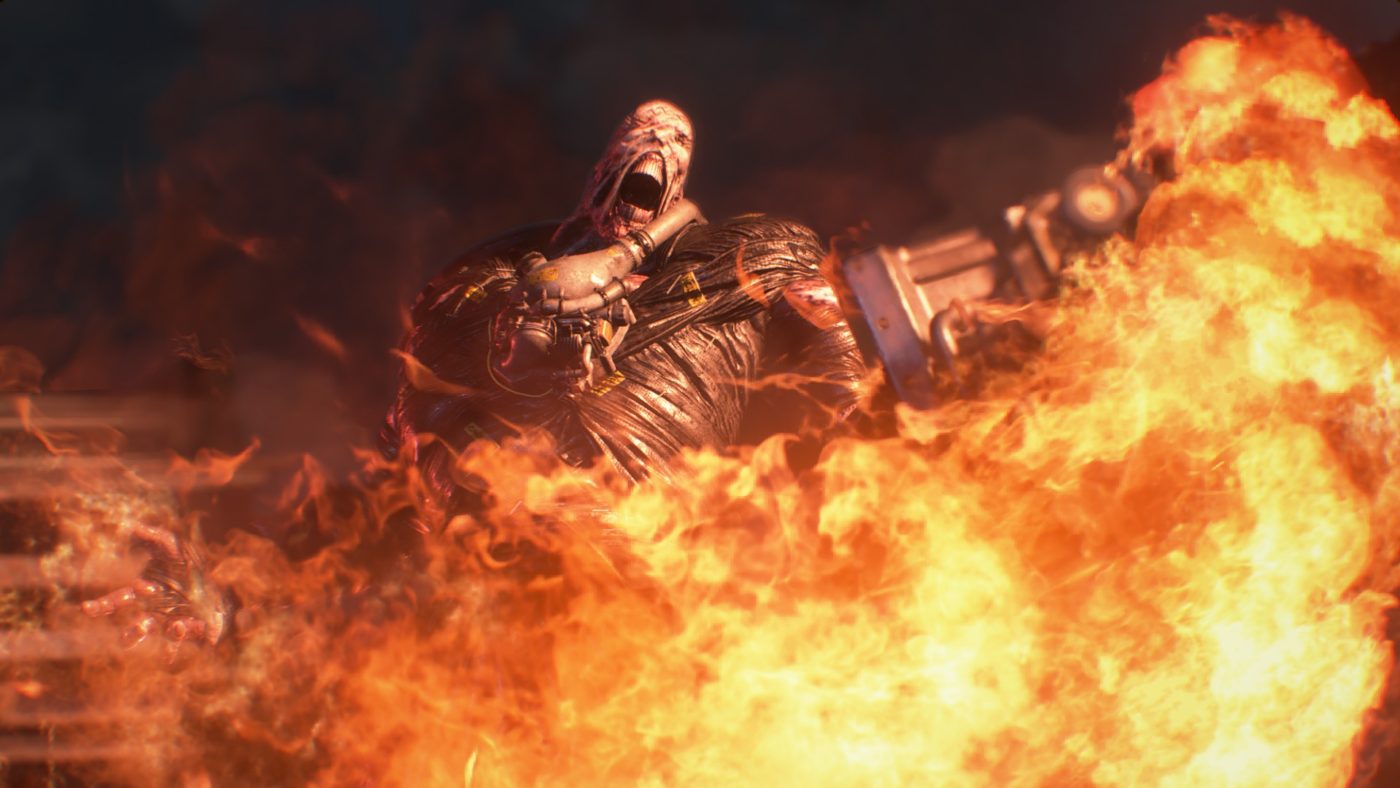 Resident Evil 3 Remake main baddie monster Nemesis is one of the most ferocious bioweapons that fictional company Umbrella has made throughout the franchise. It transforms from its Type 1 form into Type 2 version in a certain part of the story, making it a more dangerous monster for Jill to face.

Game director Kiyohiko Sakata recently talked to PlayStation Blog about his reactions to the players who have faced Nemesis in the game, the reason behind its massive transformation, and the inspiration behind this Type 2 version.

Resident Evil 3 Remake director is impressed with the gaming community

In his interview, Sakata said that he was impressed with the players online. He noted that there are players who would use the dodge mechanic to fight both Type 1 and Type 2 versions. That tactic is quite difficult for casual gamers, but it can be pulled off with the right timing.

Sakata did say that the two forms have different tactics in defeating them. Type 1 is meant for players to run away from and shoot it when they gain the distance, rather than fighting it head on. Type 2 was designed with higher speed, so players would have to stay their ground and watch its pattern to defeat it in this stage. He said that Type 2 Nemesis is fast but his intelligence has lessened a bit, so its movement is monotonous.

Warning: From this point on, there are heavy spoilers. You have been warned.

The game director then revealed the trigger of the transformation from Type 1 to Type 2. It was a combination of taking damage from Mikhail’s attack and the restrictive gear burning off. Also the regulation device that keeps the NE-a parasite in check has been broken. The parasite’s regenerative capabilities have now gone wild and it can no longer maintain a humanoid form.

Sakata then revealed the development team’s reason for the remake’s version of Type 2 design. In the original game, the second form of Nemesis was just having its restrictions coming off, which now allowed it to use its tentacle attacks. In this version, they wanted it to be more dramatic for both visual and gameplay standpoints.

Indeed, the remake’s version of Nemesis and its transformations had a more visual change. It made it more intimidating and at the same time, it looked more bestial in its second form. It did have a drawback, which was having a lesser intelligence.