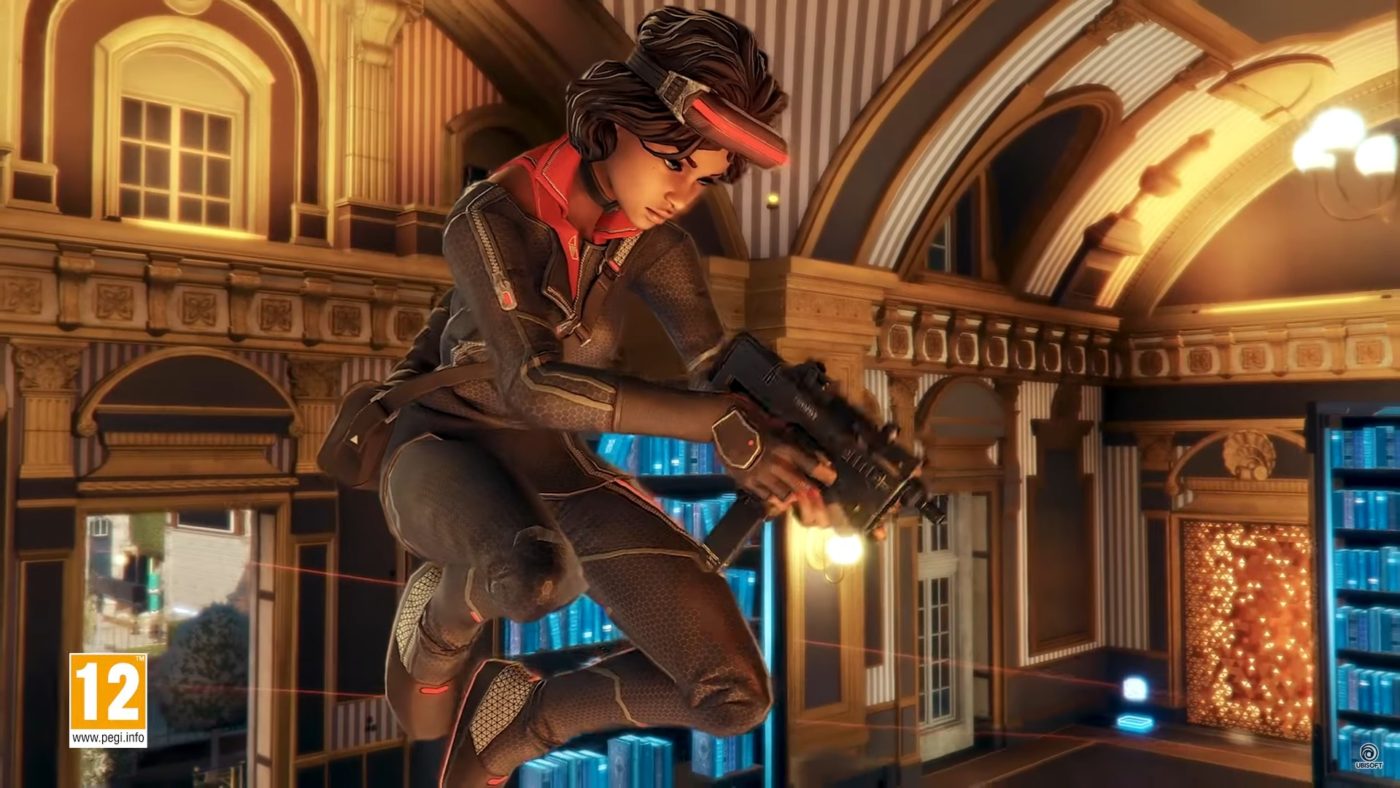 Hyper Scape is a free-to-play fast-paced urban battle royale first person shooter, developed by Ubisoft Montreal. The game takes place in the distant future of 2054, where up to 100 Contenders descend upon the virtual city of Neo-Arcadia to engage in action-packed and fast-paced matches to become the only champion.

Open Beta will introduce the Crown Rush Solo, a 100-player free-for-all version of its main Battle Royale mode. Aside from the previously available 3-player squad mode Crown Rush Squad, the Open Beta will also feature two new limited time modes, which are Hack Runner Squad and Turbo Mode Squad. Open Beta will also introduce one new hack and weapon called Shockwave and Harpy respectively. These will add to the previously available nine weapons and nine hacks from the Technical Test.

The Open Beta will introduce all new features to Crowncast Twitch extension like the Battle Pass progression by watching the live streams on Twitch. Streamers can invite viewers directly into their squad from Twitch chat. These will be added to the together with Viewer Events that allow Twitch viewers to have real-time impact on the battle by voting on events that affect all contenders within a match like Low Gravity or Infinite Ammo. A new event will be introduced as well like Haste that increases the game’s speed for all contenders.

Open Beta will include a free 30 tier battle pass together with in-game shop offering additional customization options. The progress in this test and items will be carried over through future live phases and into the full launch across PC and console. The game will launch its Season One for PC, PlayStation 4, and Xbox One later this summer.

Hyper Scape is an urban, fast-paced, free-to-play battle royale game developed by Ubisoft Montreal. Set in the virtual city of Neo-Arcadia, up to 100 players face each other to become champion of the Hyper Scape. Bringing a fresh take on the battle royale genre, Hyper Scape is a fast-paced experience that introduces innovative gameplay mechanics such as Hacks, the Fusion, the Decay, the Showdown and many others. Through Hyper Scape Crowncast, a Twitch extension developed in partnership with Twitch, Hyper Scape offers a unique viewing experience, but also offers new tools for streamers to interact with their community. Hyper Scape is currently in a closed technical test and is scheduled to release on consoles and PC.