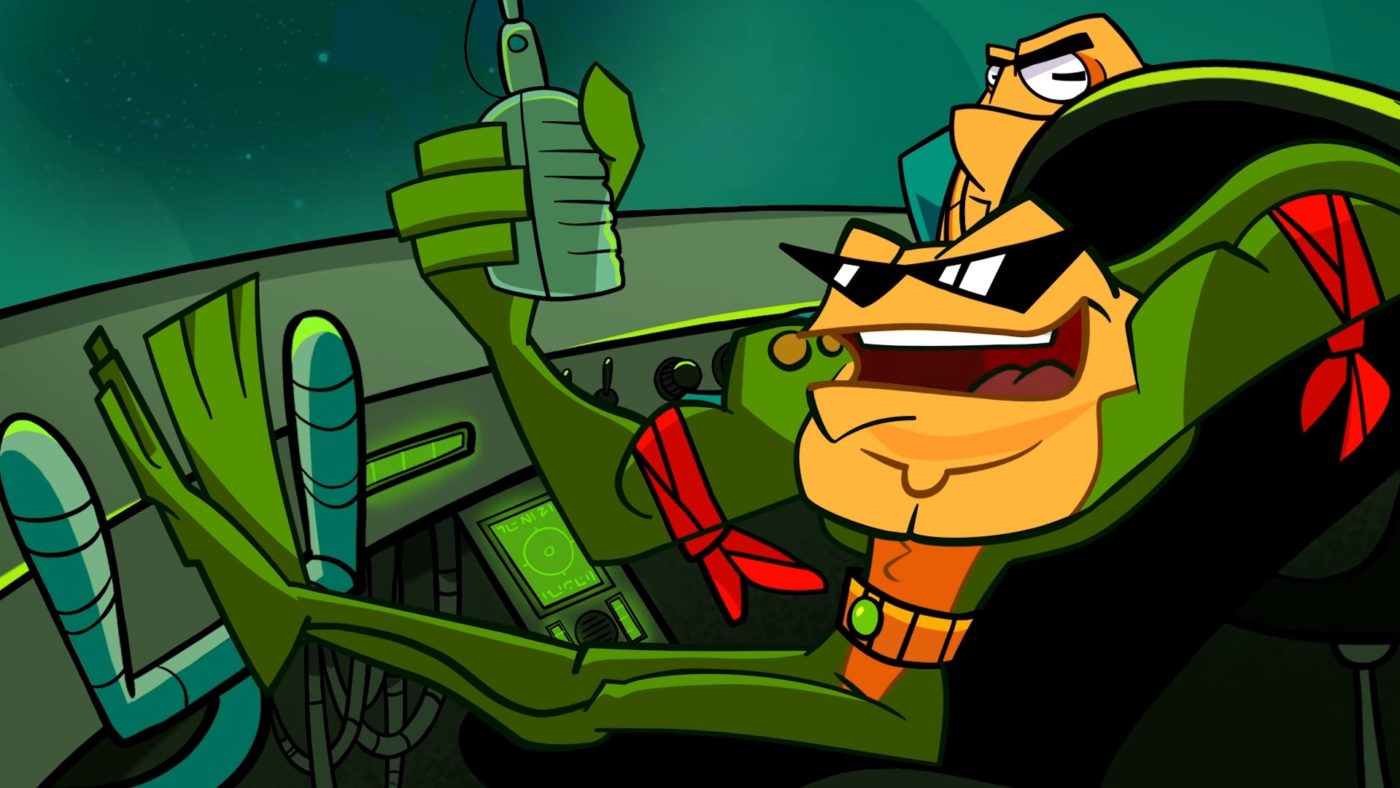 Just like the original games, players will experience another awesome outer-space adventure packed full of gameplay that combines brawling action, platforming, space battles, and more. They can also enjoy couch co-op with friends.

Video game Sea of Thieves also celebrates the launch of the game with the in-game Fightin’ Frogs Ship Set. It can be acquired for free by just completing the first act of Battletoads.

Rare also reveals there is an official Battletoads Xbox One controller design incoming from Xbox Design Lab. New merchandise over at the official Rare store are now available as well like shirts, shoes, mugs, and more.

Titan Comics have collaborated with Rare to create a three-part comic series that chronicles a lost adventure of the trio. This will bridge the gap between our heroes’ last starring role in Battletoads Arcade and the current game. The three issues are now available free to read at comiXology.

Rare also collaborated with iam8bit last week and finally made the two new premium Battletoads items. There is the Smash Hits vinyl soundtrack that has two LPs that features the music from the 8-bit original as well as the latest one. The second item is the Legacy Cartridge Collection. It includes physical editions of the original game, deluxe packaging and two Toad-themed color variants. The two are limited runs and can be pre-orderded now at iam8bit’s website.