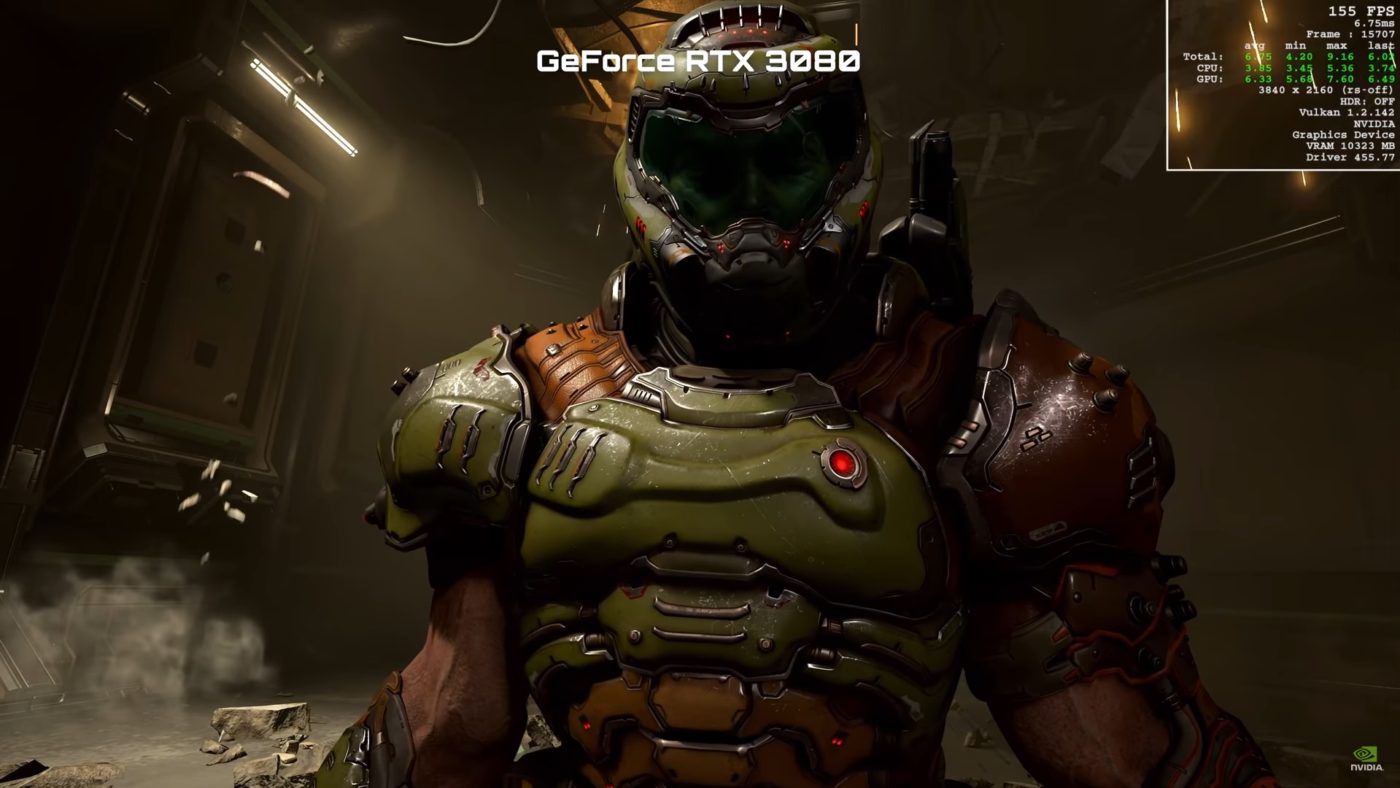 After the reveal of the Nvidia GeForce RTX 30 Series, the technology company has released another gameplay trailer featuring the popular video game Doom Eternal.

The new gameplay trailer features the DOOM Eternal title using the GeForce RTX 3080 video game in 4K resolution. In the video, it makes a comparison with its predecessor, the RTX 2080 Ti with their FPS readings for each. It clearly revealed that the RTX 3080 is much superior to its predecessor with 50 percent faster performance. It even shows that the game was running at over 100FPS consistently and peaks at 120FPS.

The whole gameplay footage lasts for more than five minutes and it really shows the power of the RTX 3080.