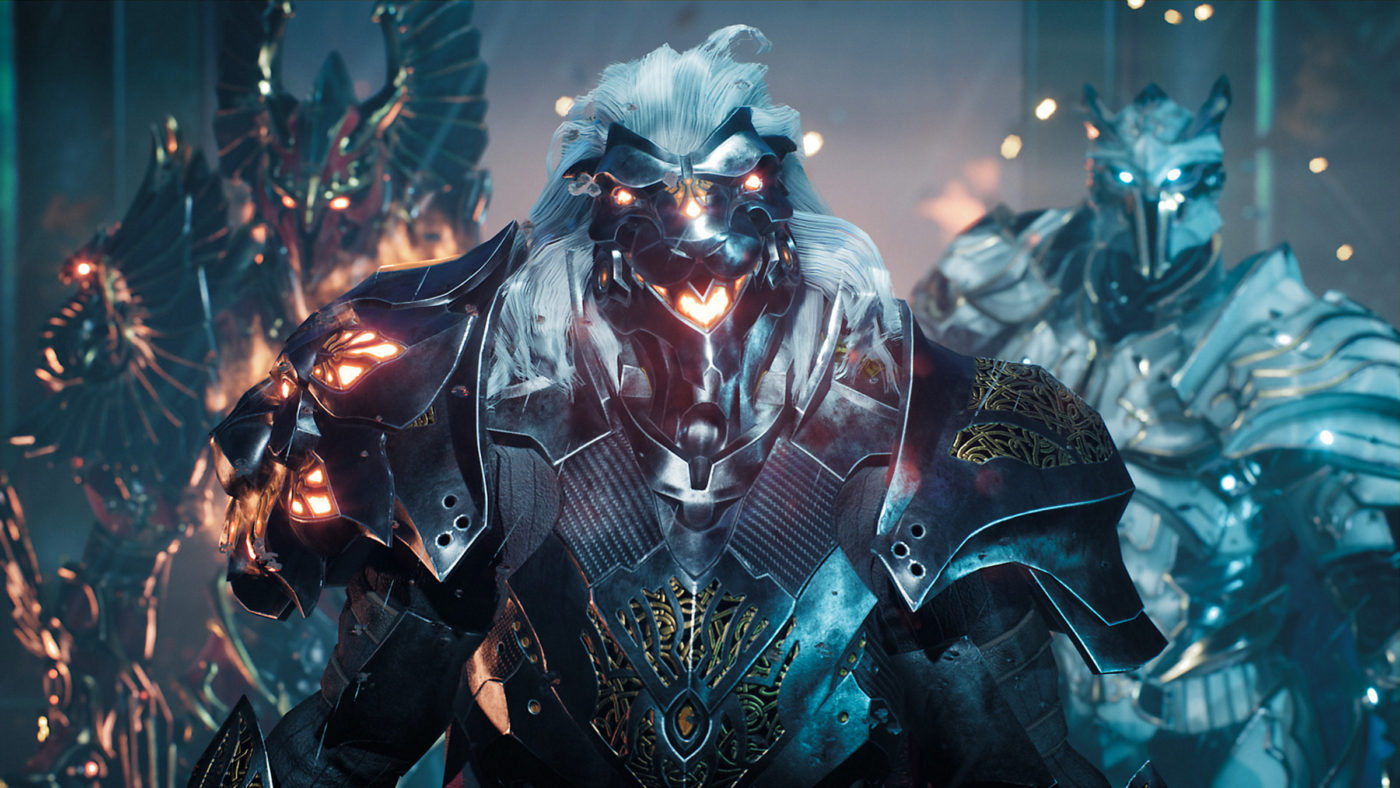 Upcoming video game Godfall is a launch title for the PlayStation 5, which will be released on November 12 in the US and other select countries. It boasts tons of excellent features that many are looking for in a next-gen game including 60fps at 4K resolution, which as some say, the future of console gaming. There is also the visually-appealing design of the characters, armor, environment, and everything else in it.

Counterplay Games’ CEO Keith Lee is entirely impressed with another aspect of the game though. According to what he said on the Official PlayStation Magazine (December 2020 Issue), Godfall offers immersion unlike anything the current-gen games could offer. He has been in the game industry for 18 years already and worked at major studios like Insomniac Games and Blizzard before he founded his new studio.

Lee shared that when he played the game, the vibrations, sound, audio, and VFX were on another level with the DualSense controller since it was a “game-changer.”

Playing with the Dualsense now, it’s incredible. You can actually, almost in a way, imagine that you can sculpt and shape the vibration and the sensations.

This next level of immersion that the DualSense and the 3D audio offer to players are proof that these technologies will dominate next-gen gaming. It will not be just about framerates and higher resolutions now, it will be about the “emotional feel” of a game, according to Lee. It will be about being able to create a game or a world where it feels completely dynamic and living, and that is reacting to you.

Remember those times when your character swings a sword and it feels like you are just cutting into cardboard? That will be long gone with the DualSense controller and the 3D audio can offer.

The way that we’ve designed it, there’s this moment where the swords feel physical, that there’s a resistance, there’s a clash, and then your sword would bounce back and you feel it.

When a character dodges, the feel on the DualSense controller will be affected by the material of the surfaces you slid across. When they glide across marble, they feel different to gravel or water.

The game is built around those many such subtle moments.

“It’s all the hundreds of different subtleties that we add that makes you walk away saying, ‘I felt like I was there. Yeah, it wasn’t just me looking at a rectangular screen,’” Lee says.

Each of those weapons will feel different when a character equips and attacks them with the DualSense’s adaptive triggers. When they swing a heavy hammer, it will be different that when they use a lighter weapon or sway a polearm.

Each weapon will have different “feelings” which can make players adjust and follow their own tempo when using their favored weapon. It greatly improves their timing.

Godfall will be one heck of a game to play with that high-level of immersion.