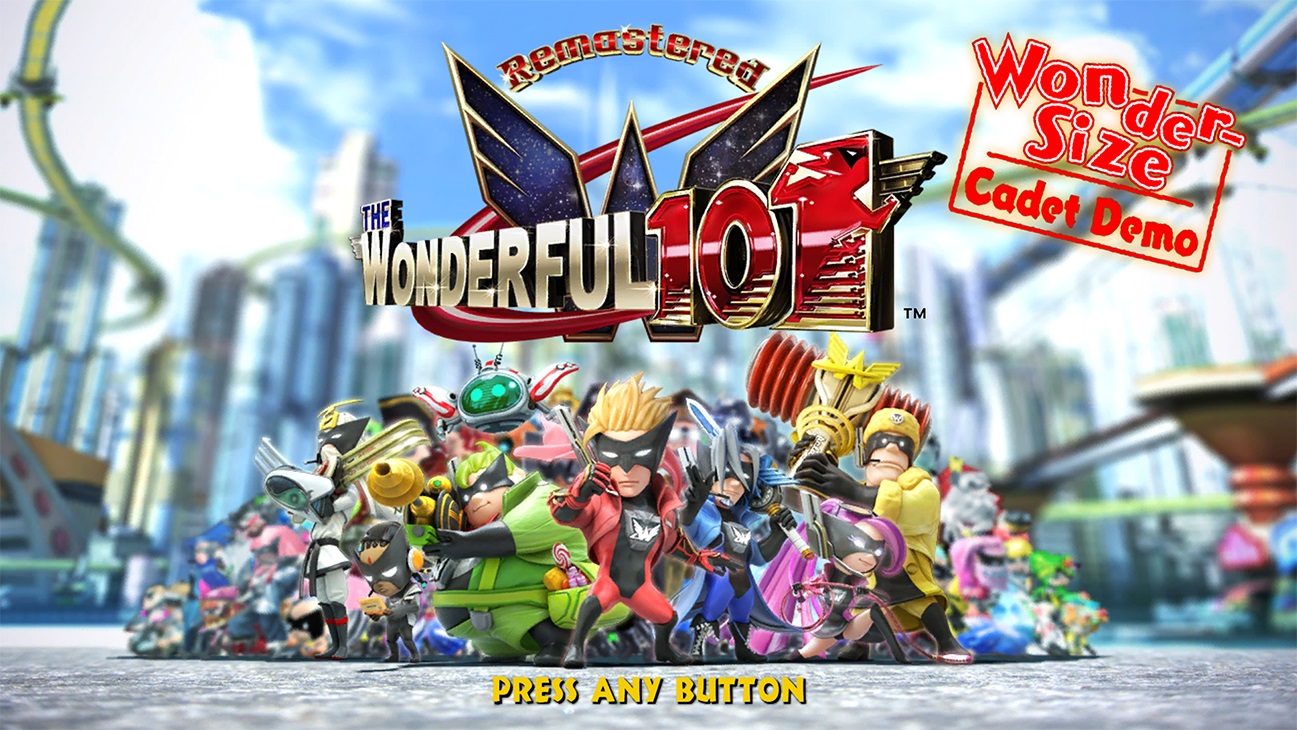 The Wonderful 101: Remastered Playable Demo Out Now with Patch 1.03

Game studio PlatinumGames has released the special The Wonderful 101: Remastered playable demo with a bonus character on all supported platforms.

Players will be able to try out a playable demo of the remastered game on Nintendo Switch, PC via Steam, and PlayStation 4. It is two hours long and the save data can be transferred to the full version without any issues.

With the demo, players will be able to try out the prologue and all of Operation 001. They will also get to tryout Wonder-Bayonetta, a hidden character in the main version. Aside from that, they can gain access to other bonuses like in-game cash and useful items that can help.

PlatinumGames also released version 1.03, which adds a new in-game Wonderful Code feature. This allows players to enjoy the same bonuses as the demo.

Here are some of the Wonderful Codes to try out:

Here are the patch notes of version 1.03:

The Wonderful 101: Remastered is now available on PS4, Nintendo Switch, and PC via Steam.