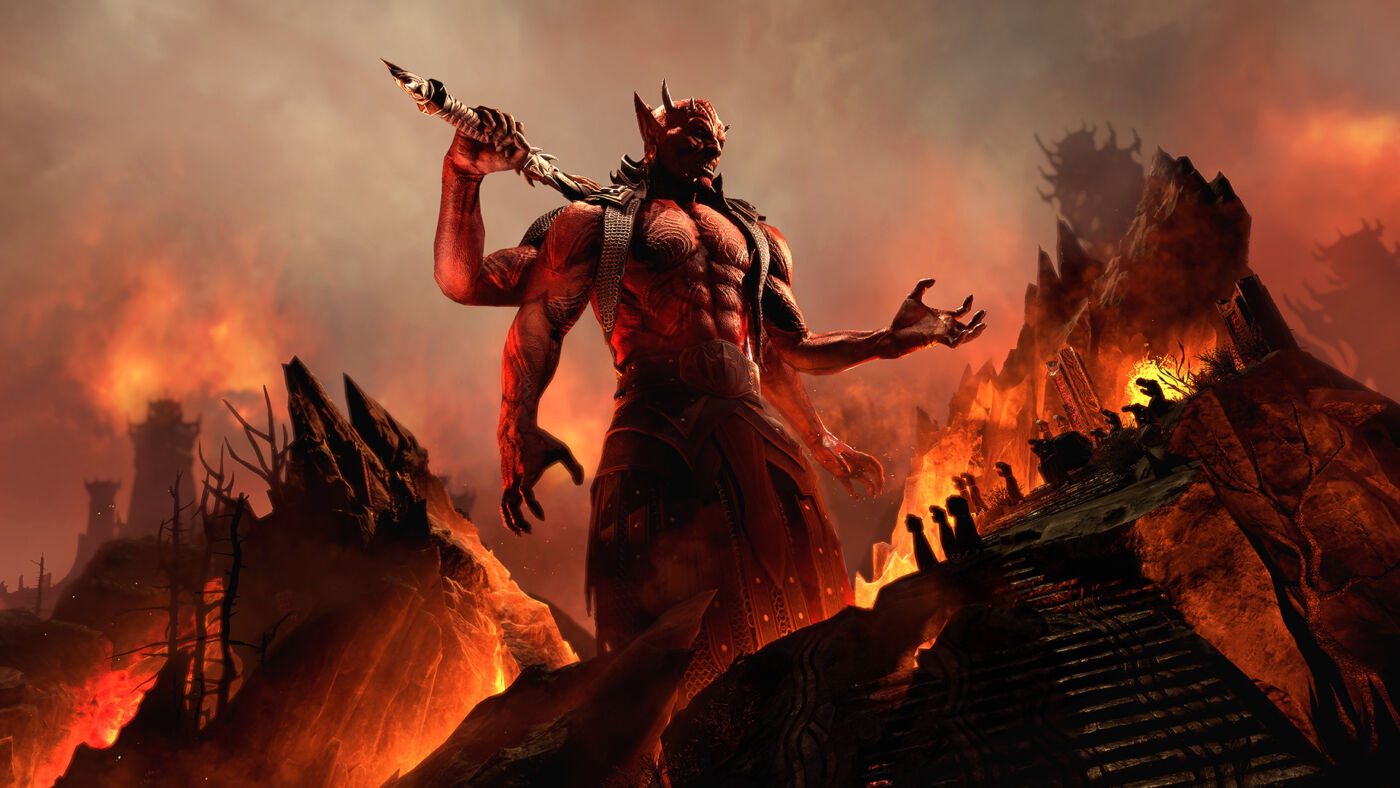 The Elder Scrolls Online: Blackwood is Part of Gates of Oblivion Year-Long Saga

Game company Zenimax Online Studios has recently announced the details of the upcoming Gates of Oblivion adventure of online multiplayer game The Elder Scrolls Online and its next expansion Blackwood.

ESO: Blackwood will be coming to consoles this coming June 8 and now available for pre-order. It will be part of the Gates of Oblivion year-long saga filled with tons of events to take on. It is a region filled with Imperials and Argonians.

Blackwood is a melting pot of culture. It stretches from the southern tip of Cyrodiil, with its highlands and moors and extends east to the swampy borders of Shadowfen. Imperials and Argonians have clashed in this region for centuries, and we will be exploring the history of that in this Chapter.

This year, the story we are telling is essentially about a deal with the devil. Long ago, the Longhouse Emperors made a pact with Mehrunes Dagon, and it’s up to the players to figure out what is going on and how to stop their schemes from reaching completion.

This is an important chapter of the year-long saga that will continue throughout all of 2021. No need to complete any previous content to enjoy this standalone tale found within Blackwood.

To make things interesting, the events here are set 800 years before ESIV: Oblivion. For those who have played the game in the past, then some parts of Blackwood will be familiar.

“Like Greymoor last year, there are both familiar and unfamiliar locations between ESO and previous Elder Scrolls games, as things are obviously a bit different in our timeline,” Lambert continues. “Dagon hasn’t quite figured out the ‘science’ for how to create the Oblivion Crisis, but you can tell he’s been busy trying!”

“Blackwood features the city of Leyawiin as its central hub, and its rough layout is the same as it is in TES IV. Also, as you progress east through the zone, you will discover Gideon–a city that hasn’t been seen in an Elder Scrolls game since The Elder Scrolls: Arena back in 1994.”

Aside from the new zone and storyline, Blackwood will also introduce the new Companions System. It allows players to team up with unique NPCs, equip them learn their stories, and fight together. This is quite the upgrade that many fans have been looking for.

Pre-purchasing the game will offer immediate access to the Base Game and all previous Chapters. The Blackwood Update will also make sure players are ready to jump into the new zone and adventure as soon it goes live.

Players who pre-purchase any version of Blackwood will gain in-game access to the Nagahide Welwa Ravager mount and Nightmare Bear Cub pet. Aside from that, all Blackwood pre-purchases will also receive more bonus in-game items at launch like the Dremora Kynreeve Outfit, Deadlands Wamasu pet, and many more.

The Elder Scrolls Online: Blackwood is coming June 8 for PlayStation 4, Xbox One, and PC.