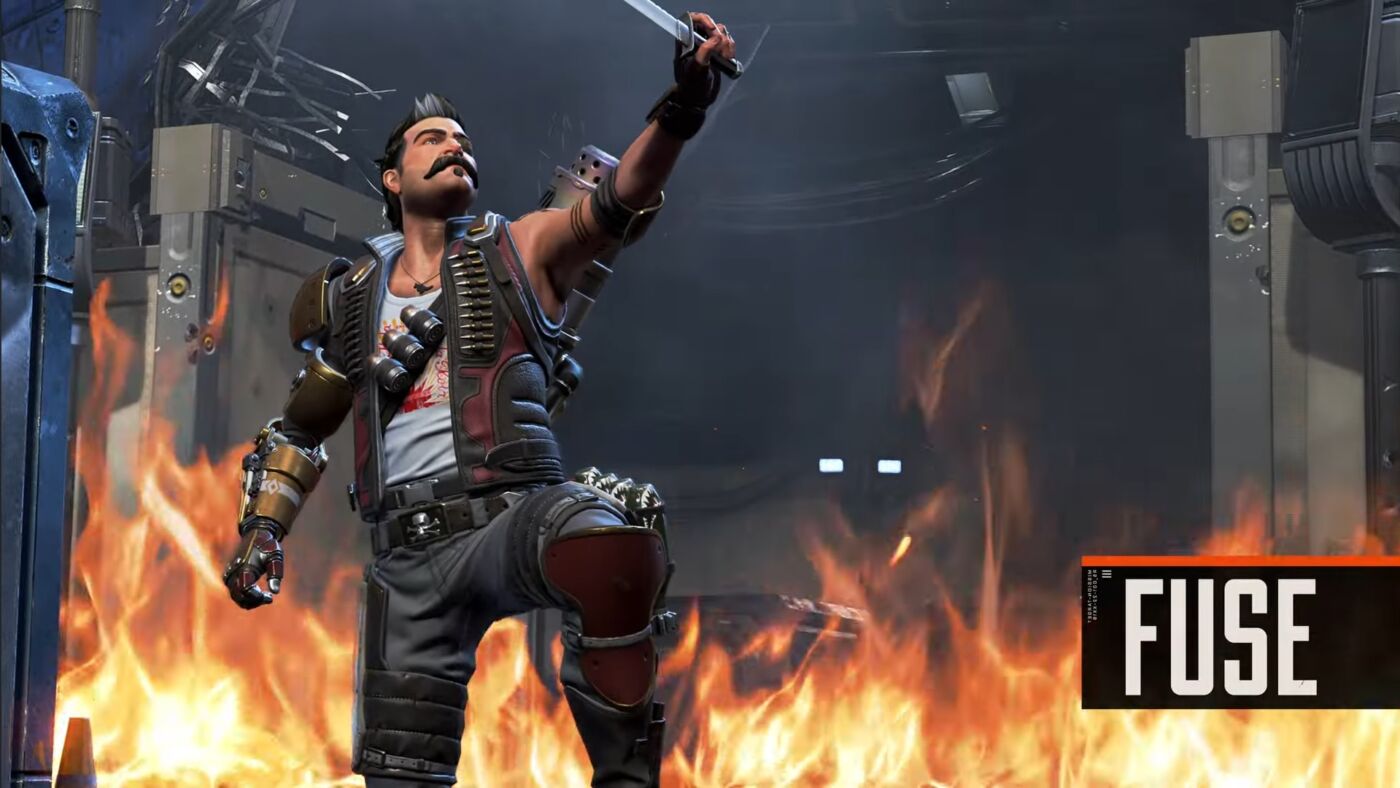 The newest character trailer is all about the newest Legend Fuse. He has always loved a good fight and a mercenary. He fought together with his childhood friend Maggie, but as time went on their interests changed. Fuse fought in Salvo’s bloodsport event the Bonecage, but he wanted more. He wanted to join the Apex Games. Maggie did not like the idea, which cost his arm in the process.

Fuse has the natural affinity for explosives, which allows him to carry an extra grenade and throw it further compared to other Legends. This is just one of his advantages. Another is his Knuckle Cluster that shoots mini-concussion mines. Lastly is his special weapon, the Wally. It shoots out the Motherlode, a massive bombardment that surrounds the target with a ring of flames.

Apex Legends is now available for free on PlayStation 4, PS5, Xbox One, Xbox Series X/S, and PC via Steam and Origin.