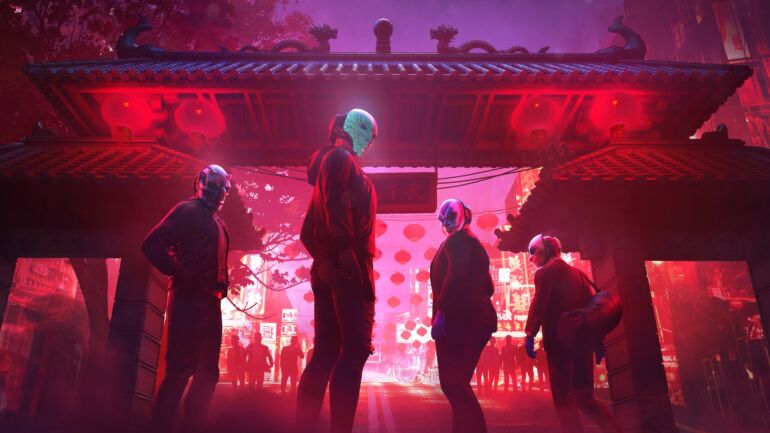 Game studio Starbreeze has officially announced the release of Payday 2: City of Gold – Dragon Pack for all platforms.

The City of Gold – Dragon Pack offers a new heist and cosmetics for fans and newcomers to try out. The Payday Gang meets up with their contact Jiu Feng to take on a lead of an important target in Chinatown San Francisco. It will offer a big payout, but the team is warned that it will be risky since they are going to cross paths with the powerful Golden Dagger Triad. They will also gain access to new outfits, masks and gloves with an Eastern theme.

The City of Gold – Dragon Pack is priced at $6.99 only. It includes the following:

A free content update (free for all owners of PAYDAY 2)

PAYDAY 2 is an action-packed, four-player co-op shooter that once again lets gamers don the masks of the original PAYDAY crew – Dallas, Hoxton, Wolf and Chains – as they descend on an epic crime spree.

With more than 7 million community members on the main PC digital distribution platform Steam, PAYDAY 2 has had more than 200 paid and free updates since its release in 2013. First launched in 2011, PAYDAY is a cooperative first-person shooter computer and video game franchise with more than 18 million units sold on PC, SteamOS, PlayStation 3, Xbox 360, PlayStation 4, Xbox One and the Nintendo Switch systems. PAYDAY 2 in VR is also available for existing owners of PAYDAY 2 on Steam for the HTC Vive and the Oculus Rift headsets. PAYDAY 2 development was halted in December 2018, but on October 25, 2019, with the introduction of the PAYDAY 2: Legacy collection, it was announced that development had been resumed.