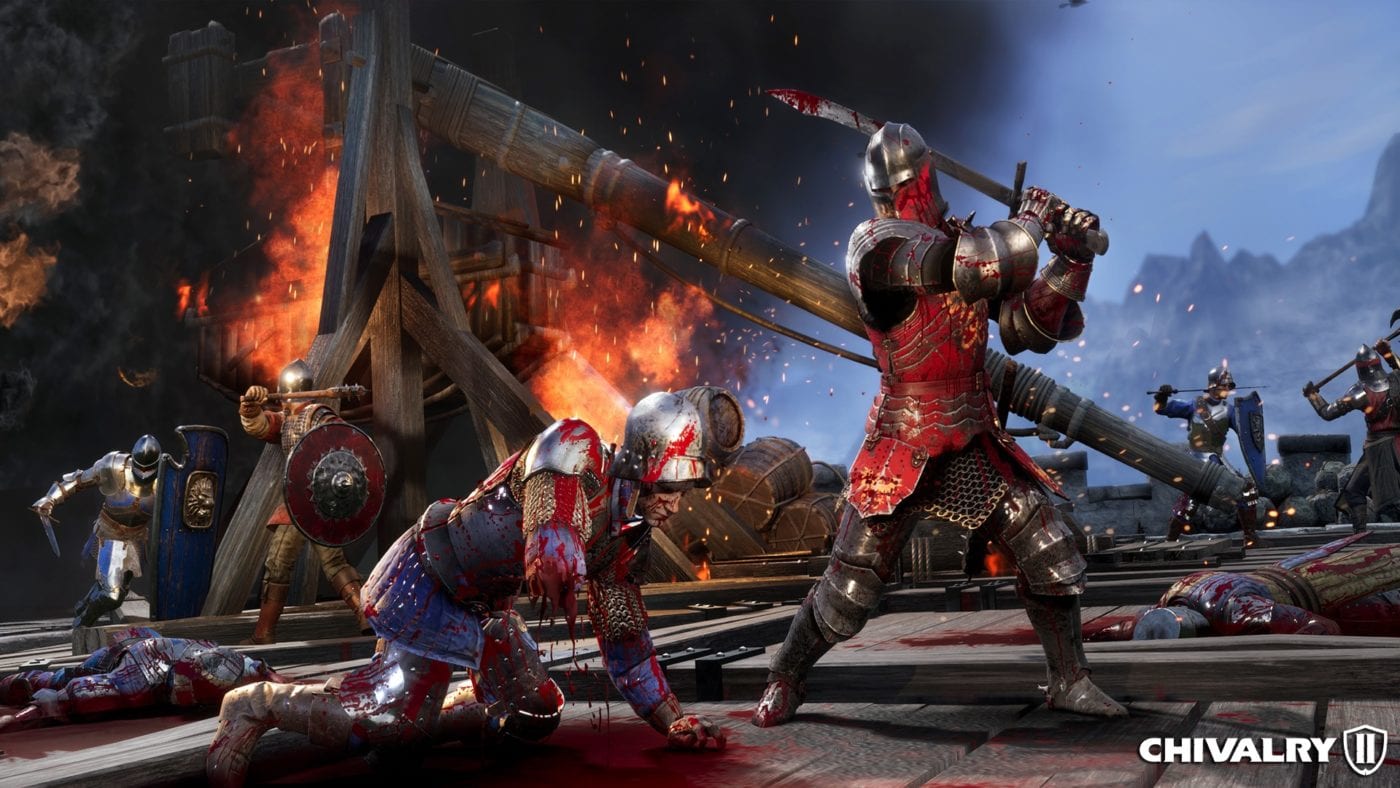 A few weeks ago I reviewed Hood: Outlaws and Legends. As someone who has no keen interest in online gaming, it’s safe to say I didn’t have the best of times with it. So when asked to write some first impressions on the Chivalry 2 open beta which launched on Friday, I wasn’t exactly overly excited. Much to my surprise, I really enjoyed my opening hours with the game over the weekend.

Chivalry 2 is an online first-person medieval battle simulator with teams of up to 64 players clashing swords on expansive battlefields. Players will pledge themselves to either the Agathian army or the Masons. There is some lore and background on the warring sides in the ongoing conflict, but I never delved too much into it. Nonetheless, I pledged my sword to the mighty Agathian forces.

The open beta features five maps, each interesting in its own way. The objective varies from map to map, ranging from simple team deathmatches to objective-based battles where the mission changes depending on which faction you fight for. An example of this, The Siege of Rudhelm in which one team must protect the heir of their kingdom, and the other try to kill him. The objectives are simple and are a fun way to mix them up from straight-up battles to death. I also found that most times I played online, my teammates actually stuck to the objectives, which is something of a rarity online in my experience. As well as the 64/40 player battles, there was a chaotic free for all mode, that was astonishingly fun, and extensive character customization which I didn’t expect.

Combat in Chivarly is deceptively complex. It struck me as being easy enough to pick up and have a go of and you will still have fun, but to master, it will take some practice. There are four main classes each with sub-sections: knight, archer, footman, and vanguard. I found the Knight to be the best all-rounder but also enjoyed playing as an archer. Battles are chaotic and frenzied, it really captures the feeling of the big-budget battles we’ve all seen in films like Braveheart. Limbs will be lopped off, swords can be launched, dismembered body parts and even chickens can be launched at each other! It’s really unlike anything I’ve played.

The battles are also peppered with Monty Python-esque quips that are genuinely hilarious and take the sting out of being set ablaze or impaled by a ballista bolt from distance – hearing someone shout “I’ve soiled meself” in the midst of a brutal battle never fails to make you laugh. As well as the chaos of the massive battles, joy is also there to be found also when you fight one on one with an opponent, this is when the combat system really shines. Using a combination of slashes, stabs and overhead strikes as well as counters and ripostes to overwhelm your enemy is a thrilling experience but often it can be interrupted by others, but I suppose that’s the nature of battle.

I honestly didn’t expect to have as much fun as I did over the weekend playing Chivalry. The beta worked perfectly for me, matchmaking was quick and I never experienced any glitches or bugs that you would expect in a beta of this size. The in-depth combat system, quirky humor, and large-scale battles have won me over, and surprisingly as someone who doesn’t like online games, I can say I will definitely be picking up a copy when the full release launches across all platforms, except switch on June 8.