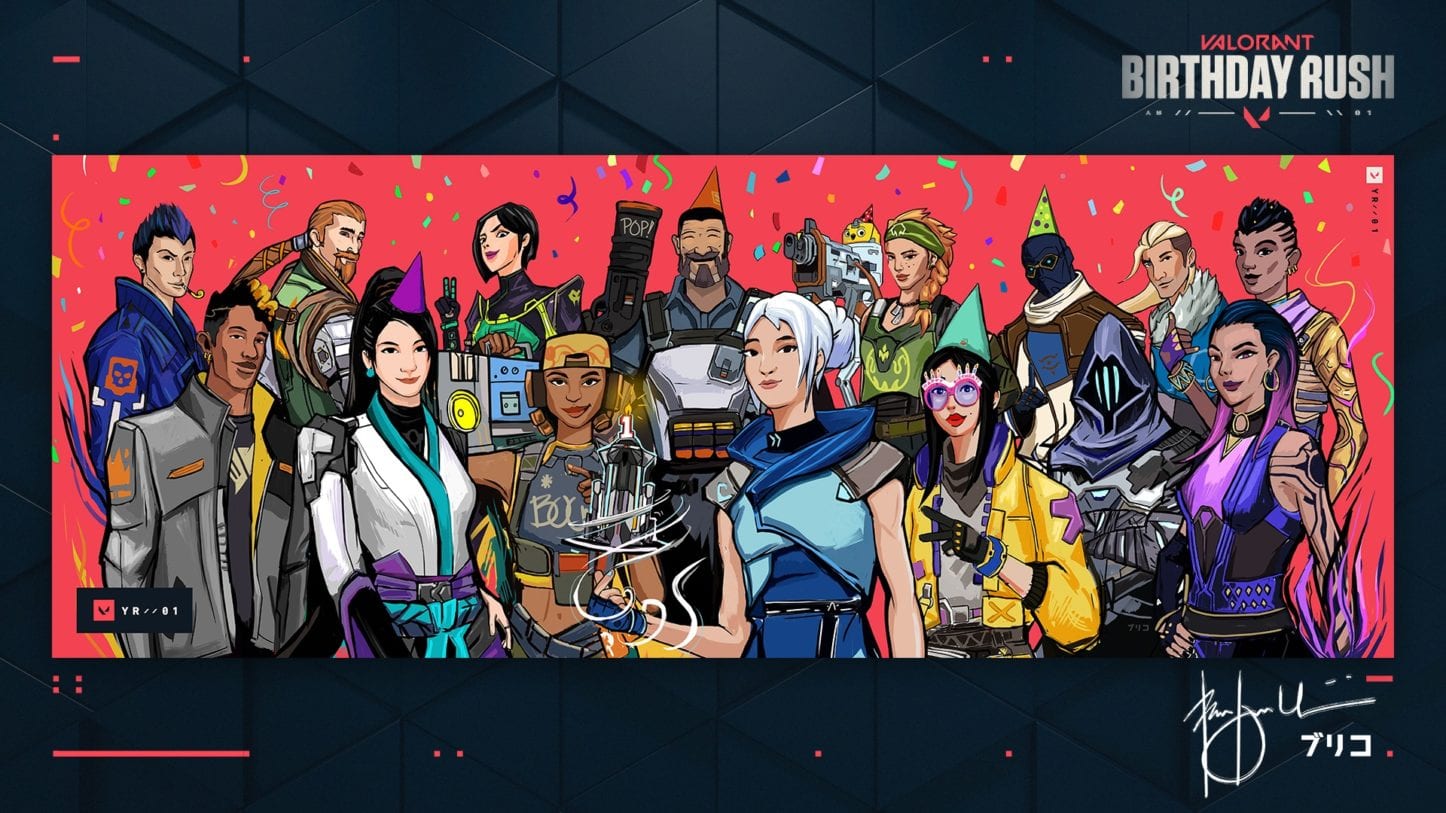 Game company Riot Games celebrates Valorant’s first birthday and to share to goodness, a free Event Pass is being given away. There is also the give back bundle where it includes specially-selected skins.

The game company has released the free Event Pass in order to celebrate YR1 event or Valorant’s 1st birthday. This will include the following exclusive content:

Art Lead Sean Marion shared this statement in regards to the goals in designing this particular Event Pass:

Our main goal with the YR1 Event Pass was to offer players free content that commemorates and celebrates VALORANT’s 1st birthday. We can’t believe it’s been one year since VALORANT launched, and we’re so grateful that players have joined us on this journey so far.

Senior Producer Preeti Khanolkar revealed that their inspiration for making the YR1 Event Pass was due to the players who loved the exclusive Closed Beta content like the Beta Watch Card and the v1.0.

“We thought it would be fun to feature Jett doing something low-key, so we designed the Year One Card as if Jett were baking a cake in her kitchen and also made one of the slices of cake into a gun buddy!” Khanoklar continued. “The third Episode card featuring KAY/O and several other Agents is available in this pass, so you can complete your set. If you’re wondering why we added Radianite Points, it’s because the final free tier in the Episode 3 Act 1 Battlepass is the Jigsaw Ghost. Each Variant for the Jigsaw Ghost has a different Agent, and we wanted players to be able to choose their favorite between Yoru, Skye, Astra, and Killjoy.”