Lost in Random Threedom Guide: Story Pages and Side Quests

Here's a complete guide for side quests and where to find all story pages in Threedom. 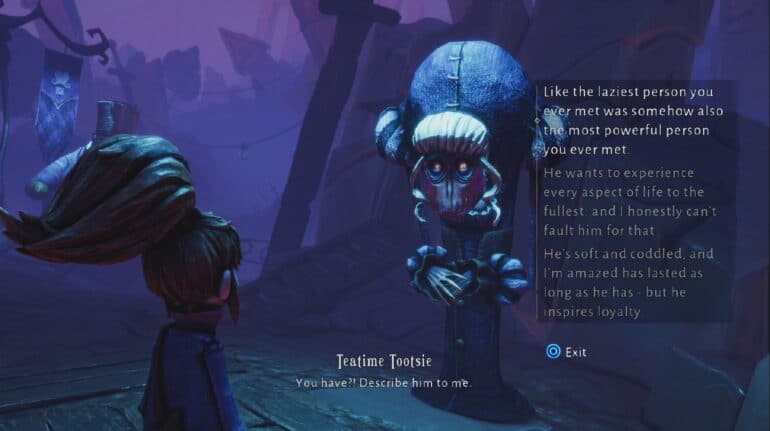 Are you looking for all the Story Pages and guides for the Side Quests on Threedom in Lost in Random? As you head into the city that was once crowned to be ruled by a King, and with the death of the almighty ruler comes to a three-way civil war between the King’s triplets. Here is where you can find all the story pages and a guide for all the side quests in Threedom as part of our Lost in Random guide.

Lost in Random Threedom Guide All Story Pages and Side Quests

Where to find all Story Pages in Threedom?

There is only one Story Page in Threedom. This Story Page can be found in The Trenches just by the entrance of Wildcard Hill. You will need to shoot the five (5) glowing targets as fast as you can to open the locked gate. But before you can get to Wildcard Hill, you will have to do a couple of quests from the Count and the Duke brothers. After you finish the puzzle, you will also get to unlock the Sharpshooter trophy.

Give Greta A Ring

You will have to speak to Reginaldovio III. He is located in Threedom Square, he’s a fish-looking creature. Speak to him to initiate the side quest. You will have to get to the area where the Duke is located, in The Duke’s Domain. Once you have gotten past the annoying guards after moving the gigantic robots by rolling the dice, you should see Greta after you go up the stairs behind Margery von Feud, the NPC that you need to interact with to know how to formally greet the Duke properly.

Sisters Under The Skin

When you are on your way to the Duke’s Domain after getting past the guards blocking your way from the Count’s Domain, you will go through the trenches. Here you will find the Lost Girl who, for some unknown reasons, knows Even. Your quest will start after your interaction with the Lost Girl. You will have to look for three other lost girls who are found in the teapots, trenches, and the underground.

You already found the first girl in the trenches (the first Lost Girl you interacted with).

You can find the Lost Girl in the underground through the pathway back to the Duke’s Domain from the Baroness’ area.

Then the last Lost Girl is found just past the guard blocking the way back to the trenches from the area where you found the Story Page (facing this, it’s to your right).

This is probably one of the easiest side quests to do in Threedom, but your only obstacle will be getting to interact with the triplets. Your first encounter will be with the Count, after interacting with the Count, you can immediately go back to where Teatime Tootsie is.

Describe the Count by selecting this option: “He sees assassins around every corner, which at least means he’s always fully prepared to avoid being assassinated?”

Describe the Duke by selecting this option: “He wants to experience every aspect of life to the fullest, and I honestly can’t fault him for that.

Describe the Baroness by selecting this option: “She’s the scariest woman you’ve ever seen, and that’s even before you notice her dress is made of cannons.”

Arthur Stout is the person you are looking for to start the side quest. He is found in the narrow path with swords impaled into rocks. He’s looking for his brother, Henry, who is found in The Duke’s Domain. Henry can be found just near the cobblestone pavement where you throw Dicey to move the giant robots.

Ways of the Warrior

You need to find Ronnie Ruckus just outside the Wildcard Hill entrance. Even will have to follow the battle cries to complete this first task. After, you will have to look for another “Warrior’s Way”. You won’t be able to interact with this NPC if you haven’t rolled the dice at the Baroness’ Domain to make the guards go away. Mister Mono can be found just past the bridge where a guard was blocking the way to the Baroness’ domain and where you can see Teatime Tootsie.

After speaking to Mister Mono, you will have to go to either one of them to choose your way of the Warrior to complete the side quest.

A Labour of Love

Note: You will need to access the Baroness’ Domain to find Rodrick Pantzaar to initiate the last side quest.

After talking to Rodrick, he will ask you to find Stella, his lover. Stella can be found in the Count’s Domain just near the cobblestone pavement where you initially had to throw Dicey to move the triplet’s robots.

Lost in Random is available on PS4, Xbox One, Nintendo Switch, and PC. Read our full review here.