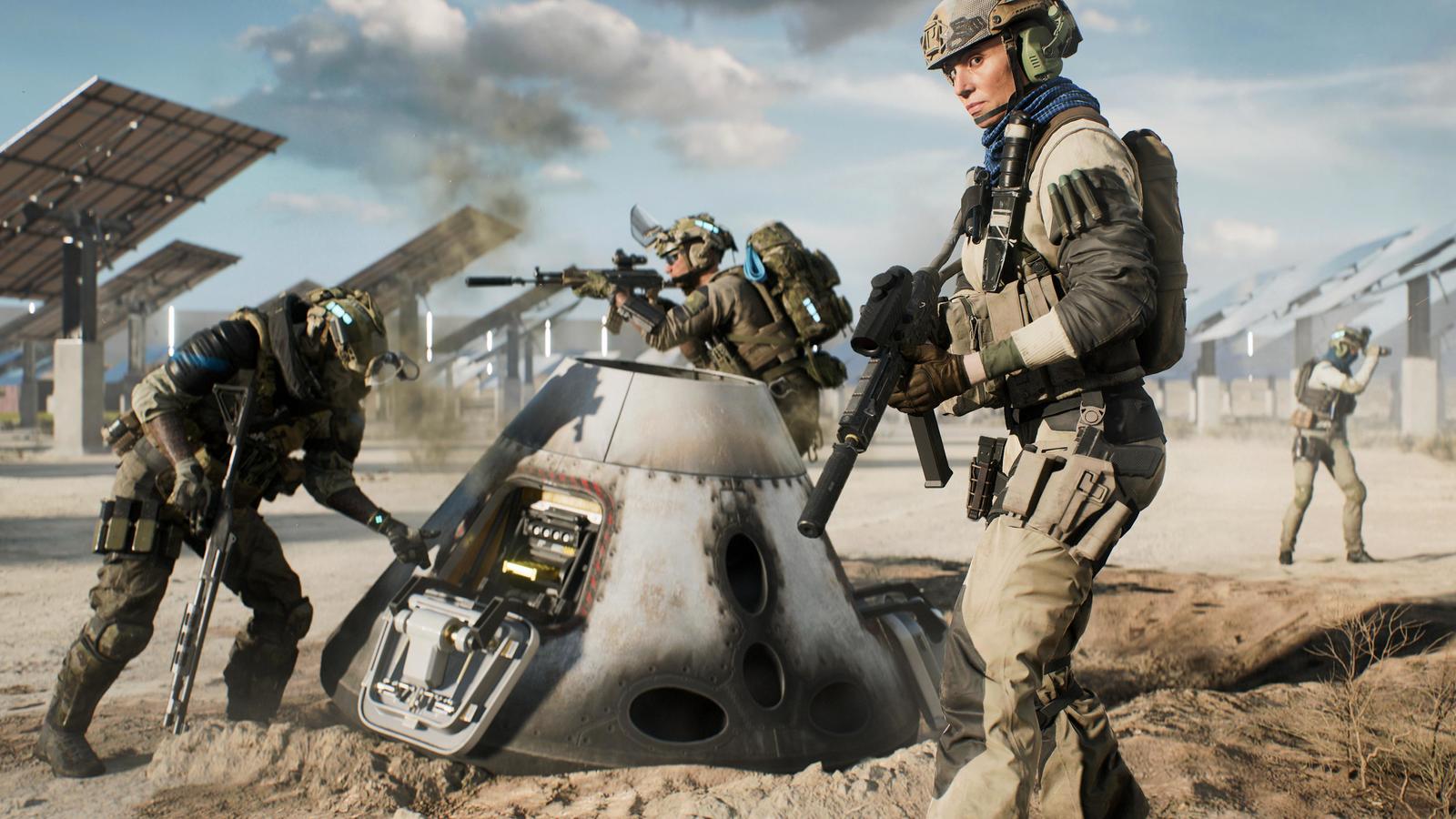 "Every Squad For Themselves"

Battlefield 2042 just showed off its third major map and it is not a battle royale mode map but a squad-based extraction map.

Players will go in as a squad of four and look for data drives that are scattered all around the battlefield and then they would need to be extracted before they get overtaken by a storm and all this while battling hordes of other squads that are after the very same thing.

The mode will start off with players selecting their specialists to complement their tactics whether they go in guns blazing, defensively, or through stealth. Weapons and equipment sorting are of course a given but the tactical upgrades will probably make or break the team’s success.

The data drives that you extract will be converted into Dark Market Credits which are exclusive currency to the hazard Zone and you can use them to get weapons, equipment, and some upgrades that are again exclusive to the Hazard Zone.

When you dive into the zone there will be a total of 15 Tactical Upgrades with two of them being completely free. Starting Armor grants you a +20 in armor and Negotiated Bounty 1 will give you 50% more credits for kills on Occupying Forces (AI kills). All the other upgrades will require you to spend Dark Market Credits.

Here are the other 13 tactical upgrades courtesy of VG247:

It is also important to note that Battlefield 2042 can only support a lower number of players for the last-gen consoles with PS4 and Xbox One only having up to 24 players while PC and the new-gen consoles supporting up to 32 players.

Battlefield 2042 is set for release on November 19.