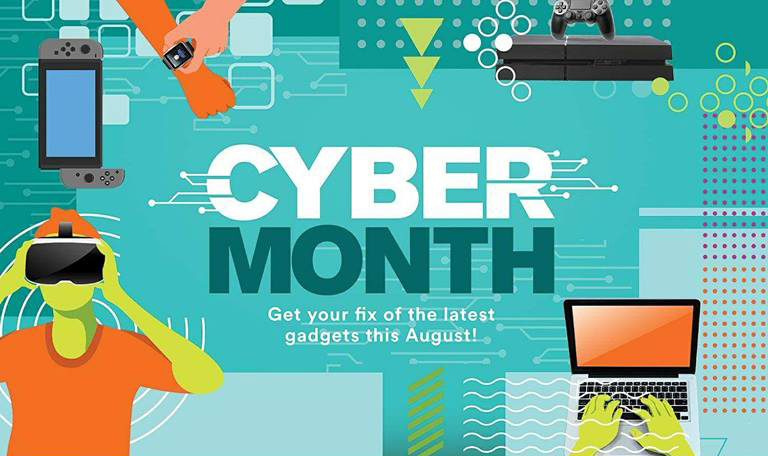 3 more days away then video-game characters will start streaming in at SM City Cebu’s Event Centre for Cosplay Carnival. Continuing the SM Cyber Month, cosplayers will have the chance to show off their designs and creation. Who’s the better Master Chief cosplayer? Probably a Genji cosplay from Overwatch? Who knows. There’s a lot of surprises in the air, and we’ll see them this Sunday.

So, you are picking through those drawers in your mind trying to look for reasons to come and stop by at SM City Cebu. Let us help you with that. Here are the 3 reasons why you should spend your weekend at SM City Cebu:

Everwing has been the local trend recently. A lot of casual mobile gamers have been stuck in this so-called rail-shooter Everwing on Facebook’s Messenger app. In the SM City Cebu, the organizers have setup a tournament for you hardcore Everwingers out there.

Although there are no announcement yet for the prizes, but we are highly confident that it’s going to be worth it.

Probably one of the biggest cosplay event this weekend. Cosplayers will be portraying their favorite video-game characters. Hopefully it won’t be filled with Dota characters again, because let’s face it, it’s already a cliche. Something new, perhaps? Aiden Pearce from Ubisoft’s Watch Dogs? Or probably a character from the Assassin’s Creed franchise?

The champion will bring home a hefty amount of Php. 20,000 worth of gift certificates.