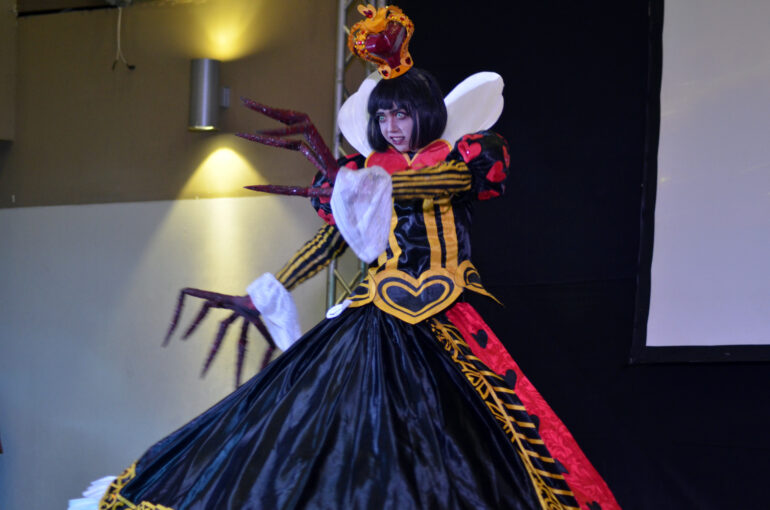 The Cosplay Carnival at SM City Cebu last August 27 was great. 50 contestants in their video-game character cosplays went on-stage to compete for the grand prize of Php. 20,000 worth of gift certificates. As we came to an end, one of the winners included in the Top 5 was the menacing and ruthless Queen of Hearts, or shall we call her highness – the Red Queen, from American McGee’s Alice Madness Returns. 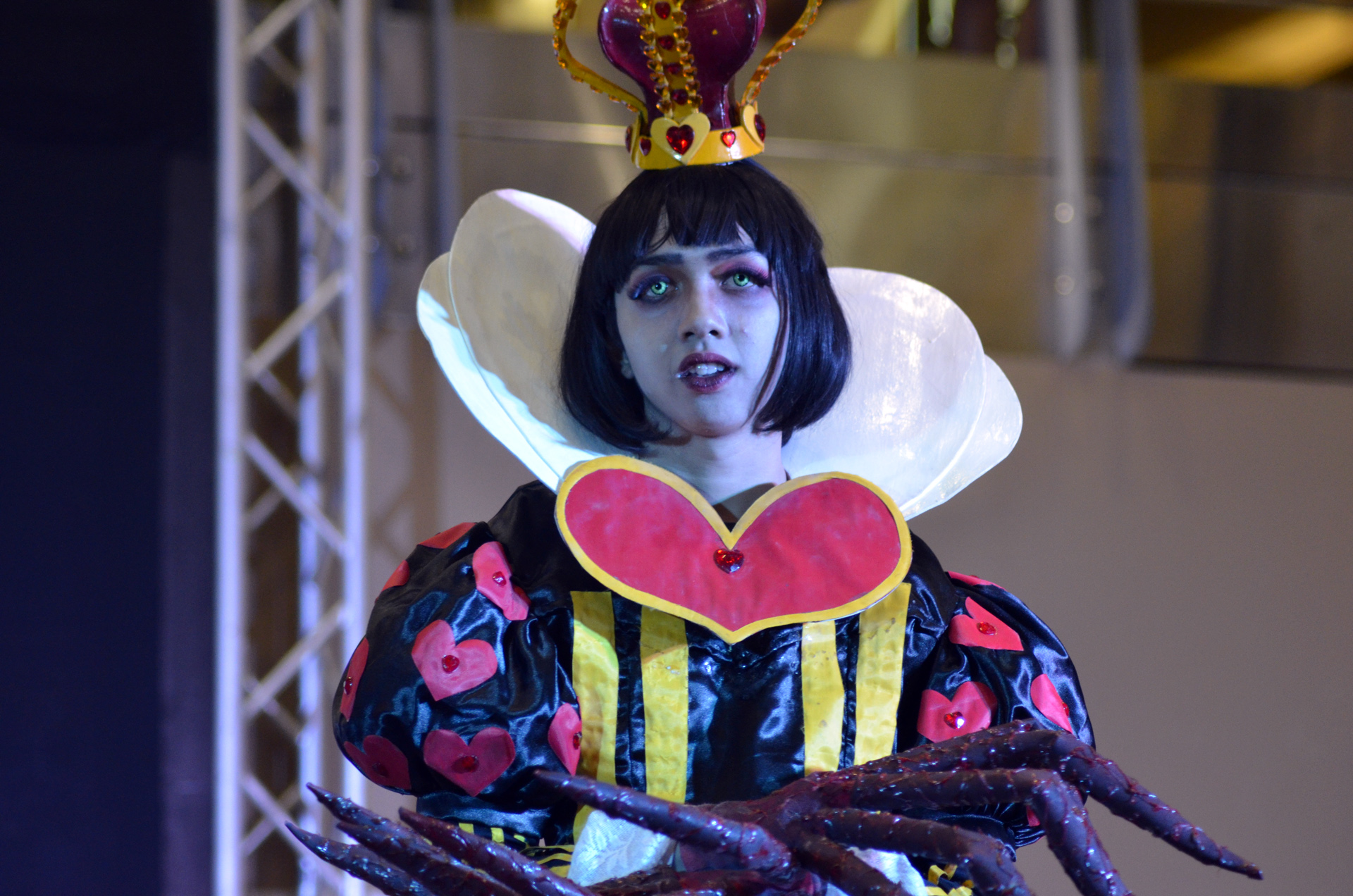 We got the chance to talk with the person behind the amazing craft, Kurk Mage Tan. His Red Queen cosplay impressed us with the accuracy and the high-level of detail. Kurk managed to snatch 3rd place at the Cosplay Carnival in SM City Cebu last Sunday. (Disclaimer: I was one of the judges.)

Hello! I’m with Sirus Gaming and I wanted to interview one of the winners from the Cosplay Carnival event. If I could? Who am I speaking with by the way?

You are speaking to the Red Queen.

Thank you very much, what about the cosplayer cosplaying as the Red Queen? What’s your name?

My name is Kurk Main Tan, I’m from Bulacao Cebu City. This is my second time cosplaying as the Red Queen.

The Red Queen? Your favorite character?

Well, yeah, you could say that. She’s all powerful and royal. Picturing herself as the perfect fundamental of Alice’s mind.

Alice Madness Return, if I remember correctly. It was a really brutal game.

I know! And I’m living in a castle filled with veins and blood all over and scattered across the kingdom.

How long have you come up with the costume?

The costume has been with us for about 4 years and have undergone much improvements.

Are you planning on cosplaying someone next, like in ARCHCon this coming October?

Well, we do have a plan of cosplaying Cydaea from Diablo III, the Mistress of Pain. 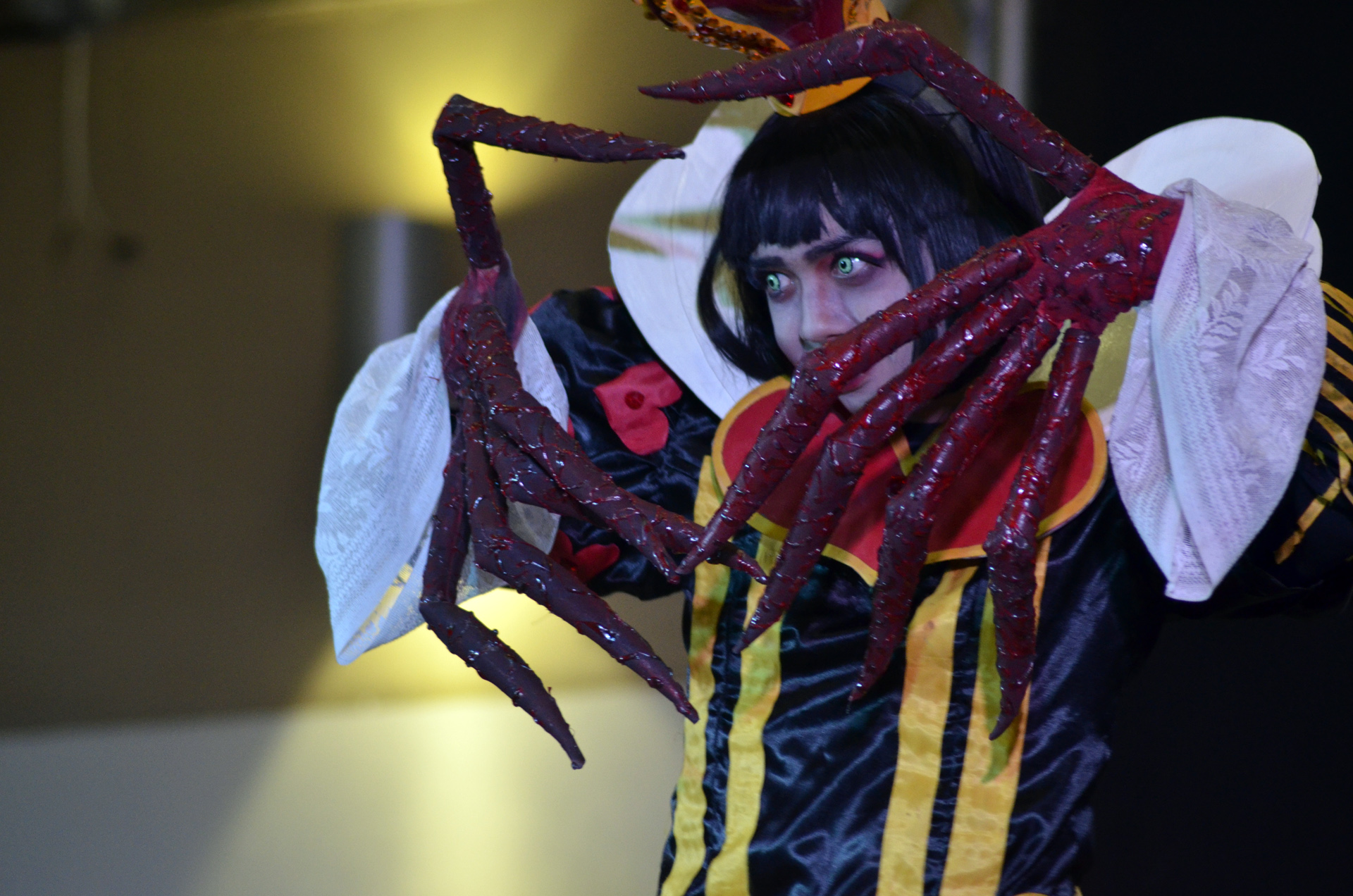 I see. Very high aristocratic character. You’re very fundamental. How does it feel to win?

Amazing! Of course, like myself I do feel amazing as being the Red Queen.

You really gave it your all, didn’t you?

Thank you so much for this. Do you mind if we write about you, your highness?

Of course, I mean, I do have many writers in my kingdom. It’s not a new thing for me.

You’re good on the camera, you’re a natural! Thank you for the interview!