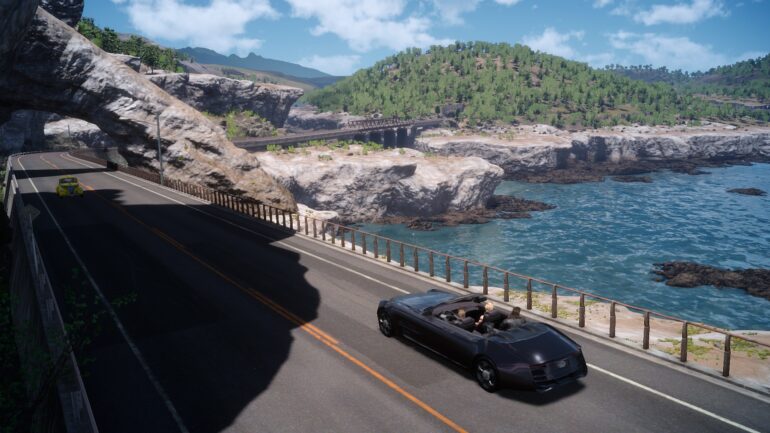 Apart from a thought-provoking plot, dazzling graphics and an engaging gameplay, with the technology that we have developers are beginning to create stunning visual effects as well as breathtaking sceneries. Not only does it enchant the players to move deeper into the game and bathe in its gloriousness but it also enchants their senses as well especially when it is coupled by a captivating soundtrack.

In no particular order here are five games whom I consider to have allowed us the honor to experience such unforgettable playthroughs:

The Witcher 3: Wild Hunt – a 2015 action, role-playing game developed and published by CD Projekt will never go absent on this list. It’s ever-changing flora and fauna not to mention the lighting and contrast in the game is nothing short of amazing. Whenever you allow yourself to bask in the radiant glow of the setting sun as you canter your way through the countryside or gallop through the heavy rainstorm as you seek to find a lost person and/or artifact sucks you right into its very center making you feel as if you’re in it — literally! Partnered with a list of theatrical soundtracks, this game will never leave my collection for years to come.

The Last of Us – developed by Naughty Dog and published by Sony Computer Entertainment unravels a captivating story between two main characters — Joel and Ellie and their travel westward through the post-apocalyptic US ravaged by a disease that turns humans into fungal-infested zombies. Yes, it may sound horrible but oh… the beauty that it left behind really does leave you spellbound. As they trudge through different terrains — from cities to small towns to completely dense forests, TLOU never fell short of its mark and that is being an ever jaw-dropping of a game.

Final Fantasy XV – a Square Enix produce also never disappointed anyone in terms of graphics and scenery. The many highlights of this game focus on such that whenever you go to a particular area, Prince Noctis and his friends would always make it a point to take a mandatory selfie showing the player (and themselves) how deep the rabbit hole can go in terms of splendid creativity.

Horizon: Zero Dawn – developed by Guerilla Games and published by Sony Interactive Entertainment. This game brings a whole new perspective in terms of creative design and breathtaking backdrops. Nature really took its time in blessing the land where Aloy, the lead protagonist in the game, came of age and decided to take on the evil that is about to destroy the land she grew up in. Partnered with mecha-based animals that they’ve grown to hunt for its parts, HZD not only surpasses the scenic benchmark but has come up with its own level of grandeur.

Monster Hunter: World – this action role-playing game which was just released (January 2018), produced and published by Capcom is also one of the many masterpieces that the latter has graced us with. The stunning back drops and how the creators melded everything from scratch to create such a design is inspiring! As you take down monsters, you can’t bear to stop yourself from admiring the virtual reality that you have been taken into. And applaud whoever’s brain it came out from.