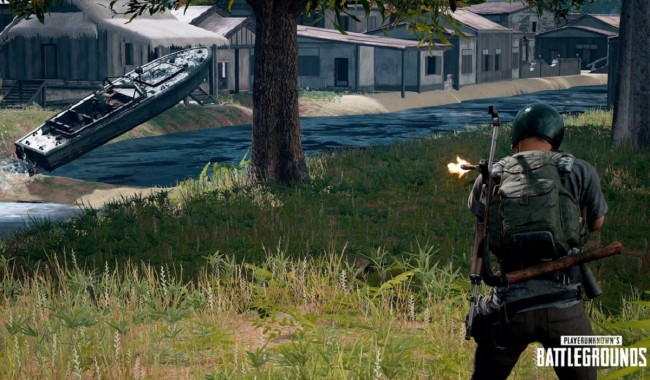 An emerging genre in the industry that’s made popular by the success of Fortnite and PUBG is already creating a variety of winning styles that players have developed on their own. Additionally, Rules of Survival for mobile is also making waves all over the world to include itself in this Battle Royale fever.

If you’re that someone whose online everyday playing any Battle Royale games trying to gank others and be on top, then you’ve probably developed a play style as well. So with that, what are the kinds of Battle Royale players?

Ah, the common (yet tricky) being. You’re the guy/gal who prefers being away from the firefight, you’d rather find the highest peak and look down on the possible areas where you know your enemies will be passing. You’ve got a patience bar that’s as long as your sniper. You’re also the one trying to get that weapon throughout the entire game if you didn’t have the luck of getting on on your drop. Plus, you’ve got mad aim.

You have a knack for finding or have an inkling to where the best items and equipments are in the game. You’re fast and you are the brave soul that always checks door-to-door for all kinds of stuff. You’re also the one eyeing treasure boxes and leftover equipment from battles that have taken place in an area before you arrived. You compare your weapons if you haven’t already memorized each of their stats. That makes you one of those to be feared because you’ve got the technicals on the palm of your hand.

Besides rocks, within bushes, in-between and underneath objects, where can’t you go? You know the best spots where you’re enemy can’t see you. Snipers hate you and Supply Hunters are wary of you. You have great timing for knowing the right moment to run from a storm as well as when to come out of your spot to shoot your enemies down. You’re also clever and patience longer than that of a Sniper because you can tell which fight you can and can’t win.

You are absolutely fearless. You will jump at even the most populated area in the map, get a weapon, and immediately start shooting. Your name almost always appears first in the notifications of who killed who. You’re not someone that waits to get the best weapon upon landing, nah, you’ll just get the first that’s on sight and you shoot whoever on site. You’ll have the most kills of the game, but you’ve also got a record of immediate death on the game. Dying immediately doesn’t stop you though because you’ll just jump right back in and do the same thing. Thrill soars through your veins and Battle Royales are your domain.

Fortnite may not have huge vehicles yet but we’ll hopefully get an update on that and it’s still definitely a possibility. Road Runners are, as you may have already guessed, vehicle hogs. You’re not going anywhere without an instant killing moving machine in your possession. As risky as the noise might be to attract or keep enemies cautious, that’s not stopping you from traversing the area with it. It’s the fastest way to gank your opponent, as well as the fastest way to get from house-to-house and away from the storm. Vehicles are your weapon of choice, you’ve got the driving skills for it and the risk-taker identity to pull it off.