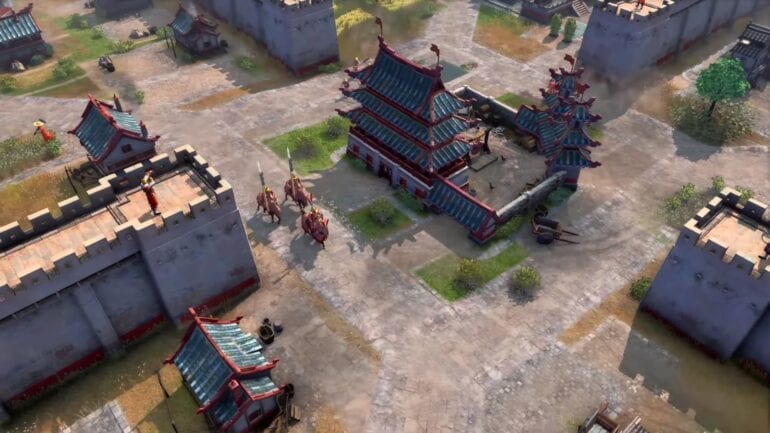 Game developers Relic Entertainment and World’s Edge just released a new gameplay trailer for the upcoming sequel courtesy of media outlet IGN. It offers a glimpse of what to expect in this fourth iteration of the game series.

The video starts with the Dark Age where the English and the Delhi Sultanate clash against each other. It points out clearly that all footage was recorded in-game. It is reminiscent of the original AoE games, but with the big different of visuals and possibly new units and buildings. The footage quickly escalates to building wooden walls and attacking the opponent while also defending their territory against invaders.

The next part is the Feudal Age where the Mongols and the Chinese are featured. The former has the ability to move their camp to another area if resources have gone cold. They can easily set up another one and propagate there when they see it is rich in the materials they need. It is one of the biggest advantages for them. Also, the Mongols seem to have the advantage of stealth by hiding in the forest. They then ambush the Chinese patrolling the area.

The Castle Age goes back to the Delhi Sultanate against the English. This time around, it focuses on the former, invading the English and destroying its castle walls with the mighty elephant units.

The Imperial Age also flips it with the Chinese and the Mongols with this time focusing on the former. It showcases the architectural marvel of the Chinese and its governance of its people. It also shows the units that the army has with spearmen, lancers, horsemen, crossbowmen, and more.

Age of Empires 4 will launch on PC via Xbox Game Pass, Windows Store and Steam this coming fall 2021. Check out the official website here.