Where to find all Fortnite Choppa Helicopter Locations 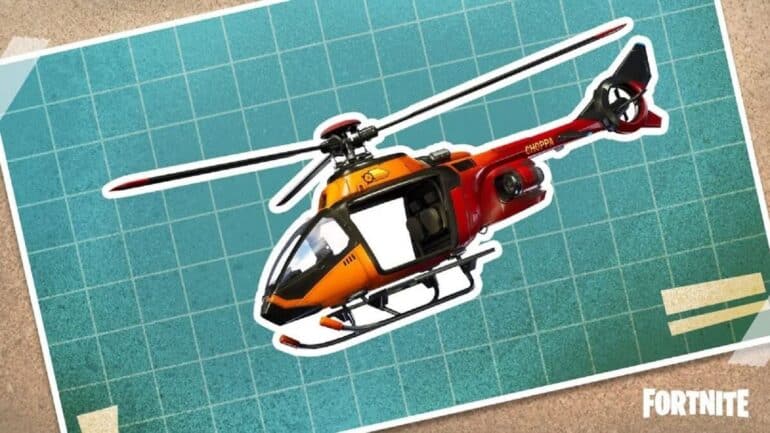 Choppas have returned in Fortnite. From devastating tanks to a strong Armored Battle Bus, vehicles have become an essential part of the game in Chapter 3 Season 2.

We’ve got all the information you need to grab a Choppa on your own, including all the Fortnite Choppa Helicopter locations in this guide. In the current season, finding Choppas isn’t too difficult.

There are 6 Fortnite Choppa locations in Fortnite Chapter 3 Season 2:

Each of the Seven Outposts on the Fortnite Chapter 3 Season 2 map will be home to a single Choppa, giving players the opportunity to locate a total of six helicopters during the course of a single game.

These areas are considered landmarks, and as such, their names will not be displayed at the beginning of the game like they would be for other types of sites. Finding the Choppa will be a piece of cake once you’ve arrived at one of these sites. However, you must still be aware of the competition.

It can be difficult to get from one location to another, but vehicles can save players a lot of time and effort.

What are Choppas in Fortnite?

The Fortnite Choppa was a flying vehicle added in Patch 12.2.  The all-new Choppas are manufactured by the Seven to aid in their battle against the IO and have 1500 HP and can boost like a motorboat. With no offensive skills, it is a fantastic means to quickly travel the map, able to move vertically and horizontally in any direction at a steady speed.

As of Fortnite Update 20.30, Epic Games has finally unvaulted the Choppa, making it possible for players to pilot them and find them scattered over the island.

How to Control a Choppa helicopter in Fortnite

It is possible to fly higher and lower in a Choppa by pressing the Fire button (R2 on PS5) and the Aim button at the same time (L2 on PS5). It’s as simple as using your movement controls to get about. Even while we don’t encourage doing this while in the air, you can use your Build button (Circle on PS5) to obtain a little boost, and press the Reload/Interact button (Square on PS5) to escape.

If you jump from the Choppa, you won’t have a parachute, thus you should only do so from a low altitude or by jumping straight into the water. If you fly too close to buildings or trees, the rotors can damage them, so keep an eye on your flight path.

The Choppa can seat up to four people besides the pilot. Although players can shoot out the sides of the helicopter while riding in the rear, the choppa itself lacks weapons. As a result, in solo games, the helicopter can only be utilized to go around on the map itself. Players should also keep in mind that the Choppa has a limited supply of gas when flying around.

So there you have it! It’s all there is to know about the Choppa in Fortnite Chapter 3 Season 2. To stay up to date on the newest Fortnite news, guides, and features, you can check out our related Fortnite articles here.

Here’s a video by Kanga on All Choppa Spawn Locations in Fortnite Chapter 3 Season 2: