It seems the reveal is now imminent with this new leak. 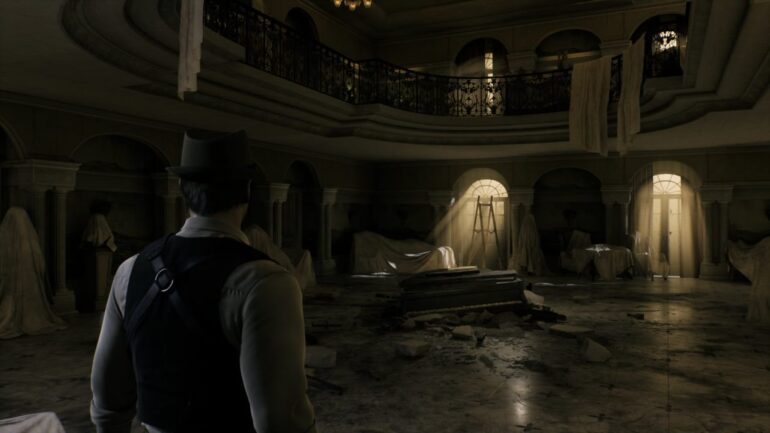 Update: THQ Nordic recently confirmed the Alone in the Dark remake in its THQ Nordic Showcase. It will be available on PC, PS5, and Xbox Series X/S.

A new Alone in the Dark remake leak has revealed some details and screenshots.

A few days ago, a rumor was spotted online talking about a remake of THQ Nordic’s popular horror series Alone in the Dark. The rumor came from famous leaker The Snitch, which now makes them 100 percent in their predictions again with this new leak that features details and screenshots. This new one comes from Belgian gaming website Smartoys (now deleted) and even features the cover art for PlayStation 5.

According to the Alone in the Dark Remake leak from Resetera, this new remake will have two protagonists, which are Edward Carnby and Emily Hartwood. They will be exploring the Derceto’s mansion, solving puzzles, fighting monsters, and discovering the terrible truth. The story behind this game is the disappearance of Emily Hartwood’s uncle and now she has hired private detective Edward Carnby to search for him in the Derceto mansion.

Check out the full details of the game and features below:

Psychological horror and Southern Gothic meet in this revisit of the survival-horror classic Alone in the Dark This love letter to the cult game of the 90s will make you live a story as sinister as memorable through the eyes of one of the two protagonists. As Edward Carnby or Emily Hartwood, explore the various environments, fight monsters, solve puzzles and discover the terrible truth about Derceto’s mansion… In the deep south of the United States during the 1920s, Emily Hartwood’s uncle disappeared. Accompanied by private detective Edward Carnby, she goes in search of him in the mansion of Derceto, a psychiatric asylum where prowls… Something. You will meet strange occupiers, nightmarish kingdoms, dangerous monsters, and lift the veil on an evil conspiracy. At the confluence between reality, mystery and madness, the adventure that awaits you may undermine your certainties. Who are you going to trust, what are you going to believe and what will you do next?‎

The Alone in the Dark remake leak has only revealed the PS5 version of game, but it could be released on other platforms as well like Xbox Series X/S, and PC. No release date was shared as well.