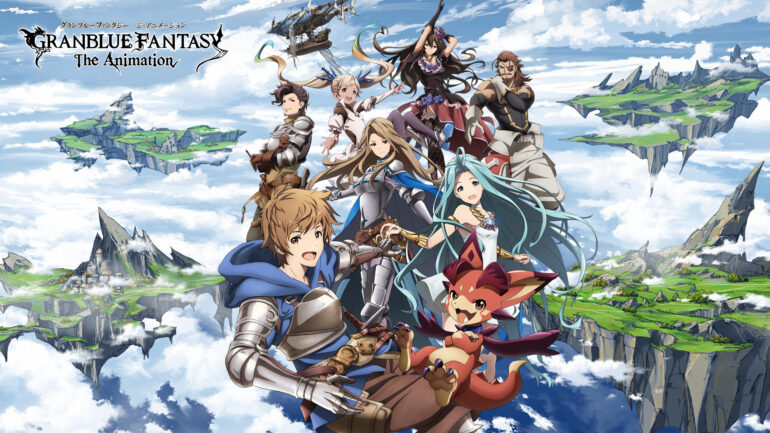 Let the winds of adventure never stop blowing. Beyond the skies is a realm of endless possibilities, where new discoveries are awaiting, new friends to meet, and where we realize how big the world truly is. This was  the feeling I was experiencing when I was watching Granblue Fantasy The Animation. 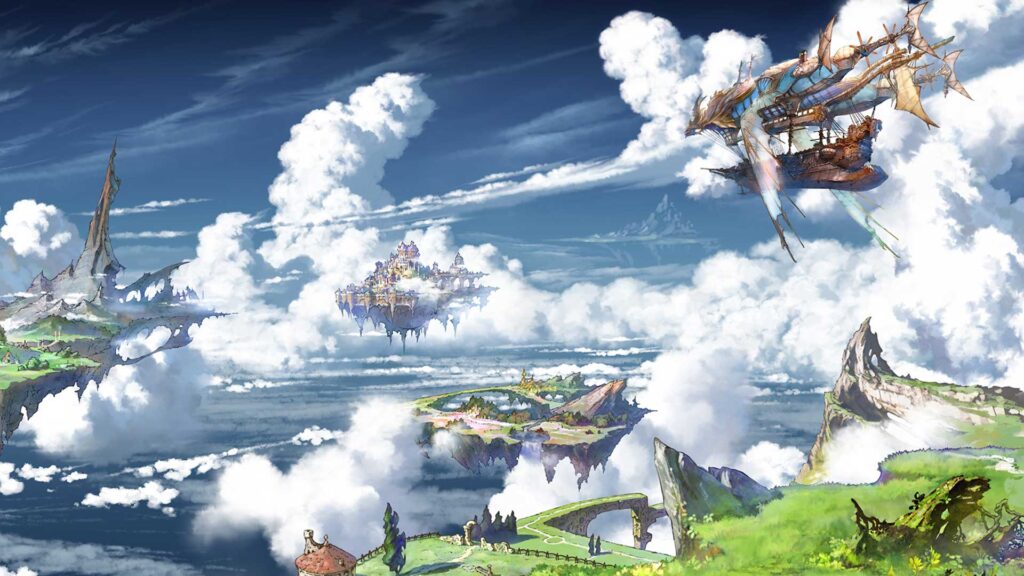 Granblue Fantasy is without a doubt what a great Final Fantasy anime would have been if SquareSoft (back in the day) or Square Enix (these days) ever made one that embodies the core elements of what makes Final Fantasy such a beloved and memorable franchise. The game this anime was based on had used so much material from the Final Fantasy series that it is pretty much Final Fantasy and at the same time it is its own identity. When I first heard about this anime I thought it was gonna be a cool fantasy RPG anime that I could just watch in a relaxing fashion, then I saw a review with the words Final Fantasy in them. It was at that instant that I was gonna have this anime as my highest priority after I finish the one I was curently watching back then. Also it should be noted that Nobuo Uematsu is part of the staff and art director Hideo Minaba designed the game’s characters, they are also notable for their previous collaborations which are Final Fantasy V, Final Fantasy VI, Final Fantasy IX, and Lost Odyssey, no big names really.

For the fans of Final Fantasy this anime will be a real treat, it has plenty of action, story, adventure, summons (yes summons), and most of all airships, AIRSHIPS!!! To be honest I’m a sucker for airships especially since Final Fantasy IX is my all-time favorite video game and that game had the most airships in any Final Fantasy. The way the anime incorporates these elements unto the story is amazing, I found that the summons are very distinct and even some that were never summons but your enemies can become your summons. The airships were amazing as well and were breathtaking to behold. Just like in Final Fantasy IX, they are everywhere and it just gives me that sense of adventure, where I can venture out into the open and just sail beyond the clouds. For fans of the Granblue Fantasy game, there’s no need to worry since the anime does justice to the game by faithfully following the Main Quests.

The story starts out with Lyria running away from the Empire with the aid of the now ex-lieutenant Katalina. During the escape from the Empire’s airship, they run into Gran, a boy who longs to go on an adventure to meet his dad who is waiting for him at a mythical island that is considered a fairy tale by the people, and his bestfriend, a flying dragon, named Vyrn. And that was how their journey began and there was no better way to kick things off than with a Mega Flare of all things. Throughout their journey the encounter more allies and even get their own airship which I couldn’t help but be in awe each time it shows up since it looks like the combination of the Hilda Garde III and Invincible. There were also some surprises like someone literally doing a slam dunk to beat a boss. They also have to face bosses and the summons before acquiring them, just like the usual JRPG of old. They literally have them all except for random encounters which would have left me no choice but to give this adaptation a perfect score if they had done that. 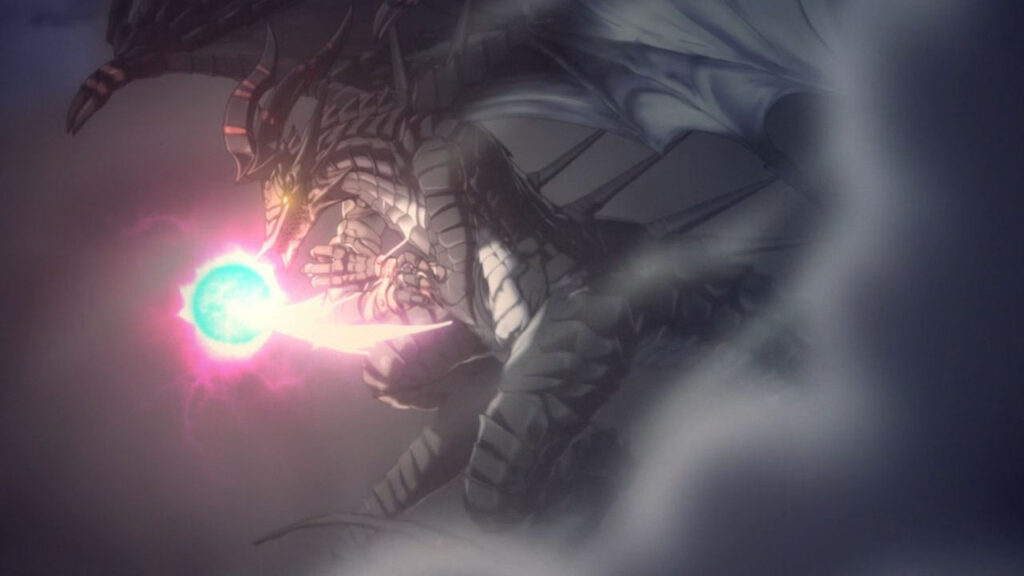 The story is great and with each new arc they go to a new island in the skies as well as get a new party member along the way or atleast meet some interesting people that could potentially become allies in the future. The journey is very much what one would expect if they ever wanted their life to be a JRPG, they go to a new town, be amaze when looking at the architecture, the people, the shops, shop for new gear and food. All that before you are faced with your new obstacle that ruins destroys your brief merriment.

The anime really captures all that and it makes for a relaxing and balance formula that ultimately gives you a sense of immersion to a certain degree, well atleast that’s what I felt.  The characters were all interesting and the development felt just right. Each character got their chance to shine and contributed to the plot in both big and small ways. The side characters also showed promise and were interesting and only one antagonist proved bland. The only thing that would make this area perfect would be if Rackam had the voice of the sophisticated yet sexy Sky Pirate Balthier. It would be amazing to see how everything would fit if we ever get a second season since the potential party goes beyond a raid party or what the anime shows.

Now let’s talk about the animation and art, do take note the animation does not equal art which many did not know of when watching anime, like KonoSuba for example. Animation wise it was a thrill to watch with enhancements, spells, the Primal Beast’s powers, explosions and the fluidity of the action. Now for the art, the aesthetics were great overall and the only thing that bugs me is that there are times where the characters outlines show in a sketchy style. Not sure if that’s intentional but it is the only problem I have with the art.

The art was exceptional when it came to the Primal Beasts, they were distinct and made for some unique variations while staying true to their generally perceived image. Then we have the sound department, no complaints since the background music was fitting but I was too engrossed in the story to appreciate it fully. The only exception though would be when everyone fought the season’s final boss. The opening, Go by BUMP OF CHICKEN, was amazing and it really does kickoff the whole journey that I never got tired of it, so much so that I’m listening to the same song on repeat while writing this entire review. The ending song was also well done, it gave me the sense that the journey was not over and the promise of more adventures is just on the horizon. 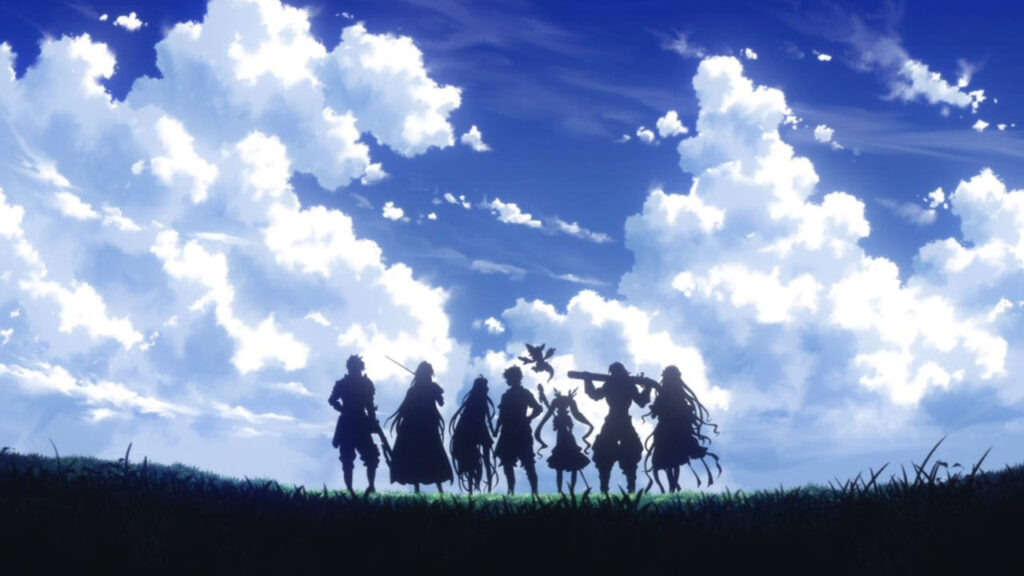 Everything wrapped up neatly in episode 12 and episode 13 was where the studio pulled off the biggest “what if” instance any anime adaptation could ever pull off as well as being the episode to distract yourself from knowing full well that it’s the last one. Despite the show ending, there is a lot more that is left unclear and there is so much more the story can offer. I can only pray that there would be a second or even third season with a 2-cour if we ever do get it.

Granblue Fantasy the Animation gave me the sense of adventure that I find lacking in most video game to anime adaptations. It is one of the rare gems in that specific category. This was also the anime where I saw the most airships in any anime and as I’ve previously mention it’s my ultimate attention bait. For those who love to see an anime with a great adventure, awesome summons, and AIRSHIPS! I wholeheartedly recommend this anime. This was without a doubt enjoyable from start to finish and with so much left to explore in the story, it leaves you wanting for more. So give it a shot and have an adventure. 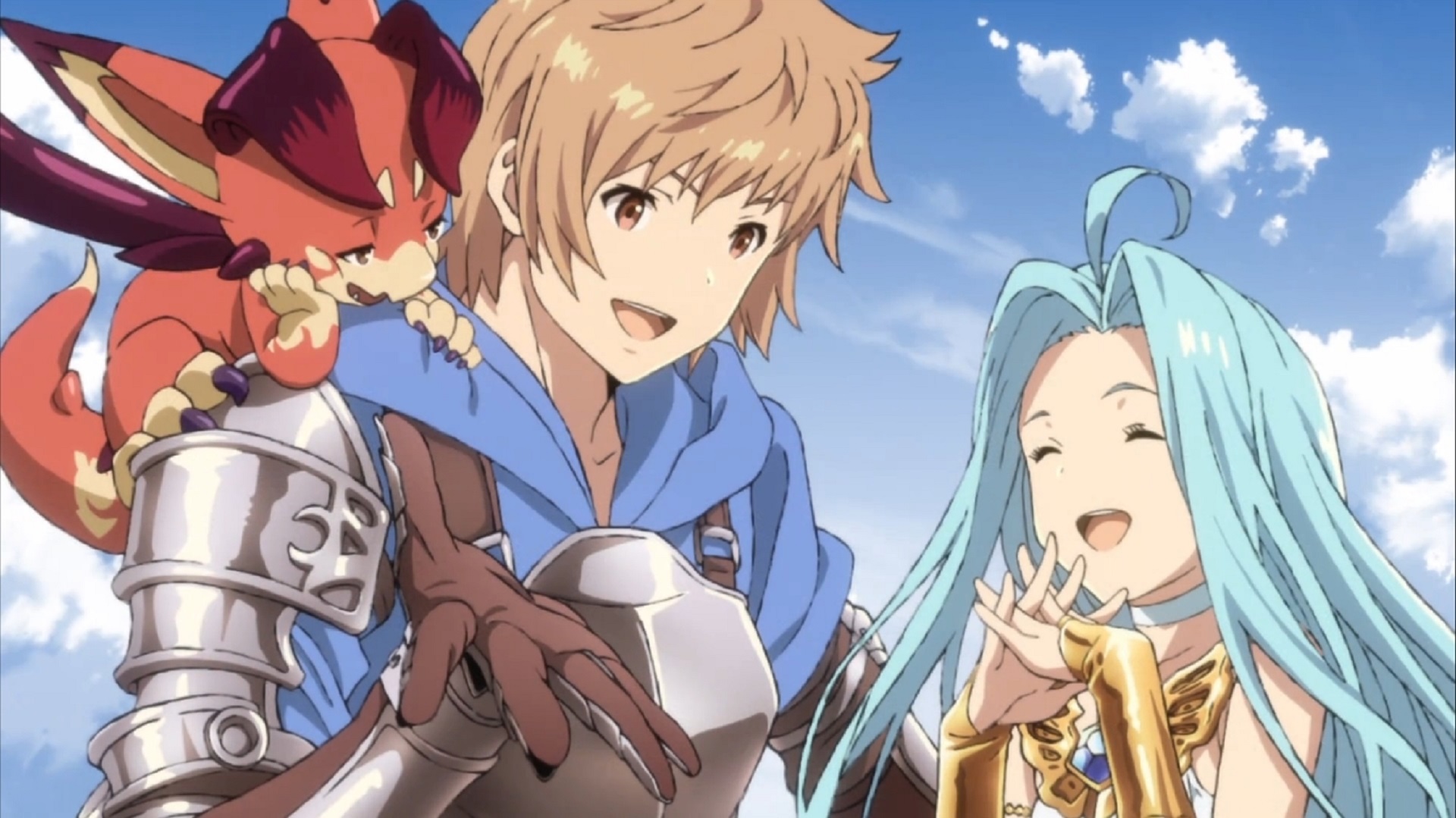