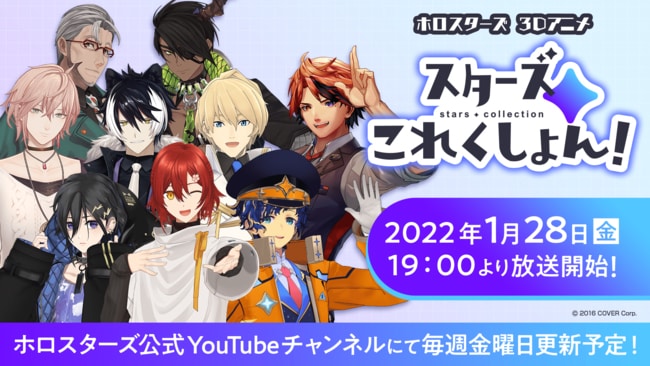 The all-male Vtuber group Holostars just announced through their Twitter account that they will have their own 3D anime series starting on January 28. The series will be called “Stars Collection” and episodes will be aired every Friday at 19:00 JPT and will star the the group’s various members in their 3D avatars.

On their announcement tweet, one of their members, everybody’s Winning Son, Yukoku Roberu can be seen holding a sign and announcing their upcoming anime series, all while running away from a huge rolling boulder.

We have yet to know what kind of stories will be told in this upcoming anime series, but one thing is for certain: it’s going to be full of hijinks and funny interactions among the members.

Episodes will be uploaded on their official Holostars YouTube channel.

More info about the series (in Japanese) here.