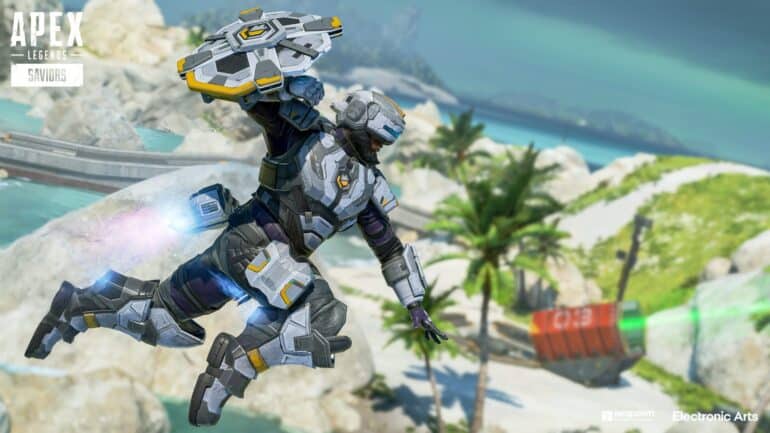 Respawn Entertainment has finally revealed the official details of the new Legend of Apex Legends Newcastle.

According to the official Apex Legends website, Jackson Williams has changed his name when he moved to Harris Valley to Lamont Craig. He left behind the IMC after he found out that the ones he served were the bad guys. He also left behind her sister Anita, fell in love with a resident from Harris Valley, and got married.

Just like from the introduction trailer of Newcastle, the original Newcastle had secrets of his own, which was him selling off the town to the Forgotten Families, the Syndicate. He got killed by the thugs that came to collect the debt, but Lamont was there to witness everything. He busted them up, but the leader revealed that they were just the beginning and more are coming.

To make a solution, a rash one at that, he took on the persona of Newcastle and promised to pay off the debt by joining the Apex Games. Now that he has joined, he was trying not to get discovered, but it seems her sister Bangalore quickly found out of his secret.

This Newcastle’s real name is Jackson Williams and he uses the tactical ability Mobile Shield, the passive ability Retrieve the Wounded, and the Ultimate Ability, Castle Wall.

Newcastle’s tactical ability is the Mobile Shield. Jackson throws a controllable drone that will create a moving energy shield. This can protect him and his allies while going forward for the offense, or retreating to cover their escape. It has good tactical purpose.

The passive ability of Newcastle is Retrieve the Wounded, which allows him to rescue his teammates when in need without getting hit himself and the wounded. Players will be able to drag the downed allies as they try to revive them and protect them with the Revive Shield. The shield will depend on Newcastle’s shield as well.

Newcastle’s ultimate ability is the Castle Wall. Jackson jumps into the air to his allies or a target area and slam down. This will create a fortified stronghold, which will defend them from dangerous projectiles. Great for creating a blockade in a narrow road while retreating.