This Newcastle hidden finisher could mean more for the future of Apex Legends. But why does it happen? And how do you do it? 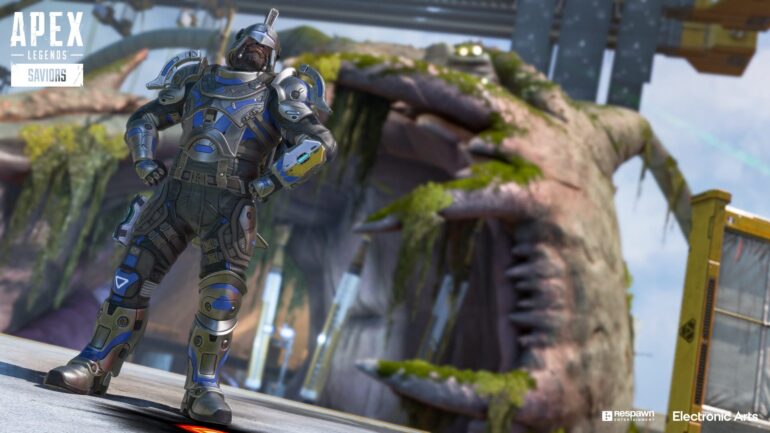 Players are quite surprised about the Apex Legends Newcastle secret finisher animation. It turns out that Jackson Williams (aka Newcastle) has some pretty interesting interaction with Bangalore. Specifically a hidden finisher that Newcastle does to Anita Williams when she’s down.

How to Do the Apex Legends Newcastle Secret Finisher Animation

Players need to go near a Bangalore enemy legend and activate a finisher on her. This will prompt Newcastle to do his hidden finisher he otherwise doesn’t do with any other legends.

Newcastle’s default finisher is him dropping his heavy shield onto his opponent before stomping on them and posing gloriously. On any other legend, that’s his default finisher. On Bangalore, Newcastle instead mocks her before doing a little dance. Bangalore still dies (presumably of blood loss) despite Newcastle not really doing anything to finish her off.

Why Does This Secret Finisher Exist?

This Apex Legends Newcastle secret finisher animation most likely happens because Newcastle and Bangalore are siblings. Anita Williams is unaware of this because Jackson Williams is instead disguised as Lamont Craig, the original Newcastle.

If you’re aware of Bangalore’s brothers, you’d know that she has four brothers and her family has a tradition of joining the IMC. Jackson Williams fled the Battle of Gridiron after being disillusioned with the IMC as to where Anita loyal. This eventually caused the latter to sold her brother out and him disappearing. Bangalore has since then been searching for her remaining family members via the Apex Games and is unware that her own flesh and blood is standing right next to her.

The taunting of Newcastle’s finisher isn’t atypical of the bickering between siblings. Even into adult and surviving past military discipline, brothers and sisters always feel the need to one-up each other. One could consider the Newcastle secret finisher animation to be sort of heartwarming…if not for the fact that he kills her.

If you want to know about Newcastle, read our Apex Legends Newcastle Official Details Revealed for more info.

Do Other Legends Have Secret Finishers?

No, other legends in the game have secret finishers. The Apex Legends Newcastle secret finisher animation could mean Respawn adding more interaction between the legends like this. It would certainly be interesting to see a secret finisher between Crypto and Mirage who have been reluctant partners in the past.

Only time will tell if we get more interactions like this. You could even see Anita taunting Jackson if you’ve selected him during his idle time in the Lobby screen. With such depth added to these two legends, we hope to see more in the future.

And that’s Apex Legends Newcastle Secret Finisher Animation for you. We hope you learned something interesting about the Apex Games in this article. If you really liked it, consider checking out our other Apex Legends content.

Check out this Youtube video from the Also Gaming Merchant showcasing the Newcastle secret finisher.