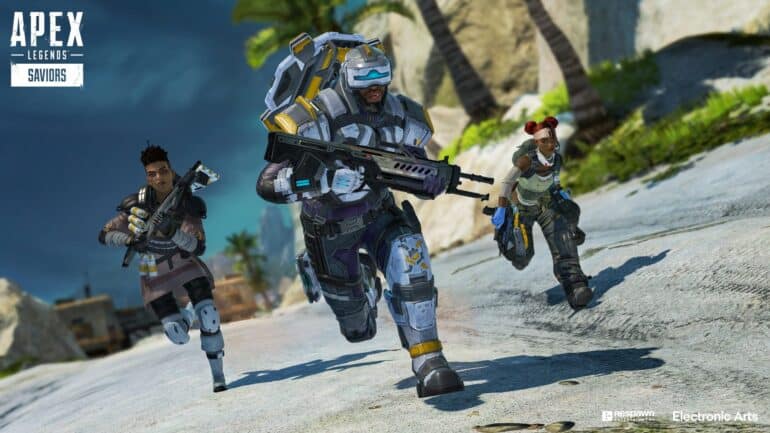 Apex Legends Season 13 is just around the corner and Respawn Entertainment has some pretty exciting news for players who play Ranked. If you’ve been tired because of the lack of focus in teamwork and the unfair RP accuracy you gain, then the Ranked Reloaded update is going to get you playing again. Here’s all the details you’re looking for in the Apex Legends Season 13 Ranked mode.

Players who seek to rise up the ranks will be happy to know that the Ranked system has been reworked by Respawn Entertainment for a friendlier focus on teamwork and removing a lot of frustration with your ability to garner RP. We made an article about how Respawn Breaks Down Ranked Changes Coming to Apex Legends Season 13 which you should check out if you want the full details.

Storm Point will be the map Season 13 Ranked Split 1 will be played on. Respawn has really focused on making new additions to the environment so you might not recognize it when you first drop down.

One of the latest highlights of the newly redesigned Storm Point is the Downed Beast, a massive corpse of a gigantic sea creature, washed ashore. Its carcass big enough to be its own location that players can explore. Dare to see the insides of the remains of this beast?

Four IMC Armories have also been added into several locations in Storm Point. If you’re looking for high value equipment, you can enter one with your team and open the Smart Supply Bins which guarantee great loot. Although you’ll have to fight against the IMC androids that are working security 24/7. These IMC Armories can only be used once though, so you can be sure that players will be competing for them.

With the latest legend, Newcastle, coming to the roster, many players are wondering how this new legend will change the meta. If he’s good, you’ll surely meet him in the Ranked Mode a lot.

Check out the official gameplay trailer for more details on the new Storm Point.