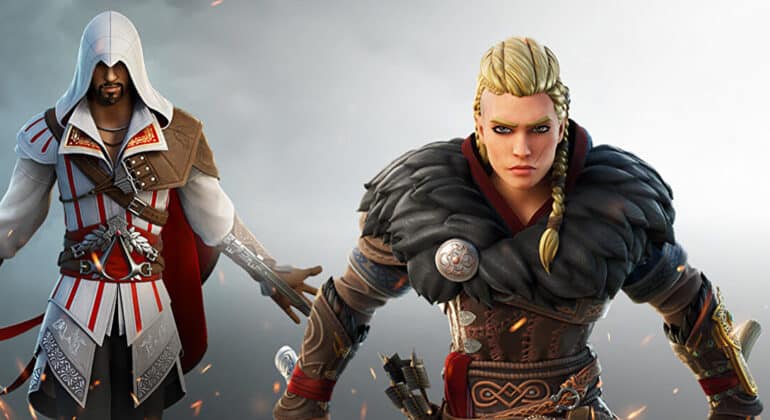 After much speculation and rumors, it seems Assassin’s Creed is indeed the next franchise to be added to Epic’s ever growing list of crossovers. In a twist, we are getting not one but two assassins from two different eras – Ezio Auditore and Eivor.

The Ezio Auditore outfit is set to release on the in-game starting on April 7th at 5 PM PT or 8 PM ET.

The Eivor bundle comes with it a War Cry emote that sees her bang her shield and axes together in a menacingly way.

By purchasing the Tales from the Animus bundles, players not only get everything stated above but also:

Things have been shaking up frequently in Fortnite. Recently, they’ve added a new game mode that allows for Zero builds. With everything happening so quickly, players shouldn’t be surprised if the next collaboration suddenly appeared out of nowhere.