Asterigos Curse of the Stars – Review 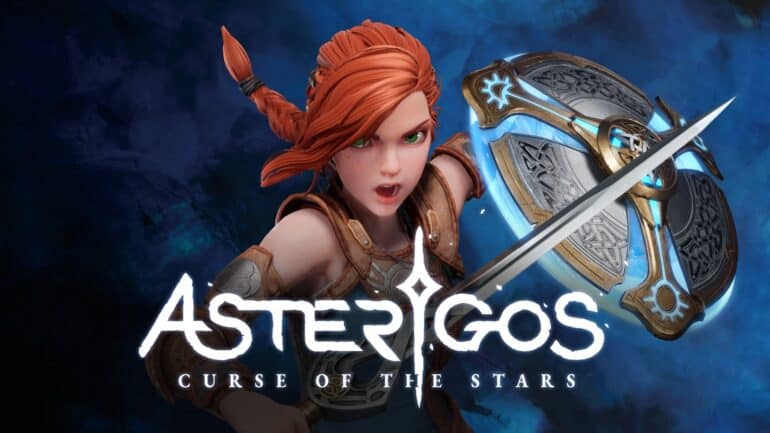 The young warrior, Hilda, is tasked to check on the status of the legion that was sent to assess the status of Aphes. This is personal to her as the legion’s commanding officer happens to be her father. Her mission to link up with the lost legion hasn’t gone smoothly. She is immediately caught in a whirlwind of political intrigue and societal decay. Regardless, she has a mission to accomplish and needs the support of the locals. Everything else will work itself out.

Asterigos Curse of the Stars is a Souls-like Action RPG that does things a little differently from many games within the same genre. The game takes place in the city of Alphes. For centuries, the people of the city managed to retain a level of immortality by consuming stardust. But a curse has taken a hold of the once-advanced civilization. Chaos engulfs the city as various factions claim districts in a bid for power. The player will ultimately choose the fate of the city but seldom does it ever work out as they intended.

As mentioned earlier, Asterigos takes a different approach to the Soul-like formula. For starters, the game has a difficulty system. I actually mistook it for a regular ARPG until I realized that Hilda and the enemies around her move and play like your typical Souls-like. I realized that I needed to make adjustments. And quick. It was only in the later sections did I truly felt the differences in approach.

The first thing I noticed during my playthrough of the game was the fact that I didn’t leave behind the Stardust I have on hand. Stardust is what’s left of a being that’s lived for a period of time around the city of Aphes. You collect Stardust and that becomes the currency you spend. In this game, when you “die” you are brought back to the nearest rest point you interacted with. You lose a percentage of carried Stardust. I assume that amount varies depending on the difficulty. I’m kind of indifferent to the twist. And that’s because moving around the map was more of an issue to me than picking up left-behind souls.

In most Souls-like games, you go between a central hub world that branches out into other sections as you progress the story. The Shelter is Asterigos’ equivalent but with one major issue – it takes a long while for you to learn how to teleport.

I’ve had to fight through 3 districts before I got a taste of point-to-point teleporting. From the slums to the bazaar and all the way to Phalan Academy and Stella Mine, I had to walk it all without so much as a teleportation spell. (I can still teleport back to the Shelter at any time.) I somewhat envy the legion for this. They got access to teleportation magic. Though it came with strings attached. Hilda is in a no better position but it took like 8-10 hours of gameplay in order to get it.

The good news is that branching paths are few and far between so you immediately know if you are going in the right direction. It also helps that the combat is rather enjoyable. As Hilda, you will spend the majority of the time dancing around enemies. Timing your moves as you go in between their attacks. This isn’t anything special in most of the Souls-like genre but it’s the fast-paced nature of the fights is what really enjoyed about the game.

Fights in Asterigos The Curse of Stars are extended bouts of hard hits with the occasional dodging and weaving. Both Hilda and her enemies hit hard and death is swift should you make one too many mistakes. This is the part that threw me off the most about Asterigos. The cartoony look of the game reminded me of the old Naughty Dog titles from the PS2 era. I was expecting to hack and slash my way through like It was nothing. Instead, I was taken aback by how tanky everything was. This is what led to quite a few unfortunate deaths.

I’ve since learned from that and learned to love the game’s excellent combat. Especially how the game handles weapons.

Hilda wields two different weapons while in combat. She doesn’t have heavy or light attacks, however. Instead, the weapons have their own set of attack patterns and only mix things up as part of a combo. As part of her warrior training, she is adept at six forms of combat – from a Sword and Shield to more exotic weapons like the adaptive Bracelets. Only the Staff is capable of ranged combat but you can bypass ranged combat if you have enough throwing knives in your inventory.

My biggest complaint about the game stems from the fact that there’s no way to reliably replenish your healing salves other than finding them on the ground or prying them from the hands of dead enemies. I would have liked to go back to the Shelter and buy a bunch of salves from the merchant but would mean I will have to walk back there on foot again. I didn’t look forward to doing that so I put off going back to the Shelter if I could have helped it.

I also didn’t like how often the camera would get stuck behind foreground assets. It truly infuriating when it happens during combat encounters. Imagine duking it out with a minotaur only for the camera to show the backside of a sign or even a pillar. That was annoying. It’s almost as annoying as having to press two separate buttons in order to jump. I can do without the extra button press.

As for the rest of my thoughts on the game, I believe the bosses are evenly balanced. Their weaknesses aren’t super obvious and you can get your butt handed to you if you aren’t careful but they go down faster than your average Elden Ring dungeon guardian. I also like to leave a special mention to the cheeky mimics that once again made me double-check chests before opening them. Thanks for bringing back such bittersweet memories.

The biggest factor as to why you should pick and play this title is the fact that the city of Alphes is very much alive and looking for a way to move forward. This is so much different from most Souls-like games where you start off as if it’s the post-apocalypse and you’re trying to piece together how the end came to be. It is so refreshing having people around and having ‘normal-ish’ conversations with them.

Overall, Asterigos Curse of the Stars is a breath of fresh air in a genre that is synonymous with adversity and overcoming hardships. That is still a major part of it, don’t get me wrong, but it is now something that players choose beforehand. This makes the game the perfect entry point for other well-known titles that might have previously intimidated potential players. I highly recommend this game for the story too and if you are looking for that Souls-like challenge, you can always kick up the difficulty by a notch. 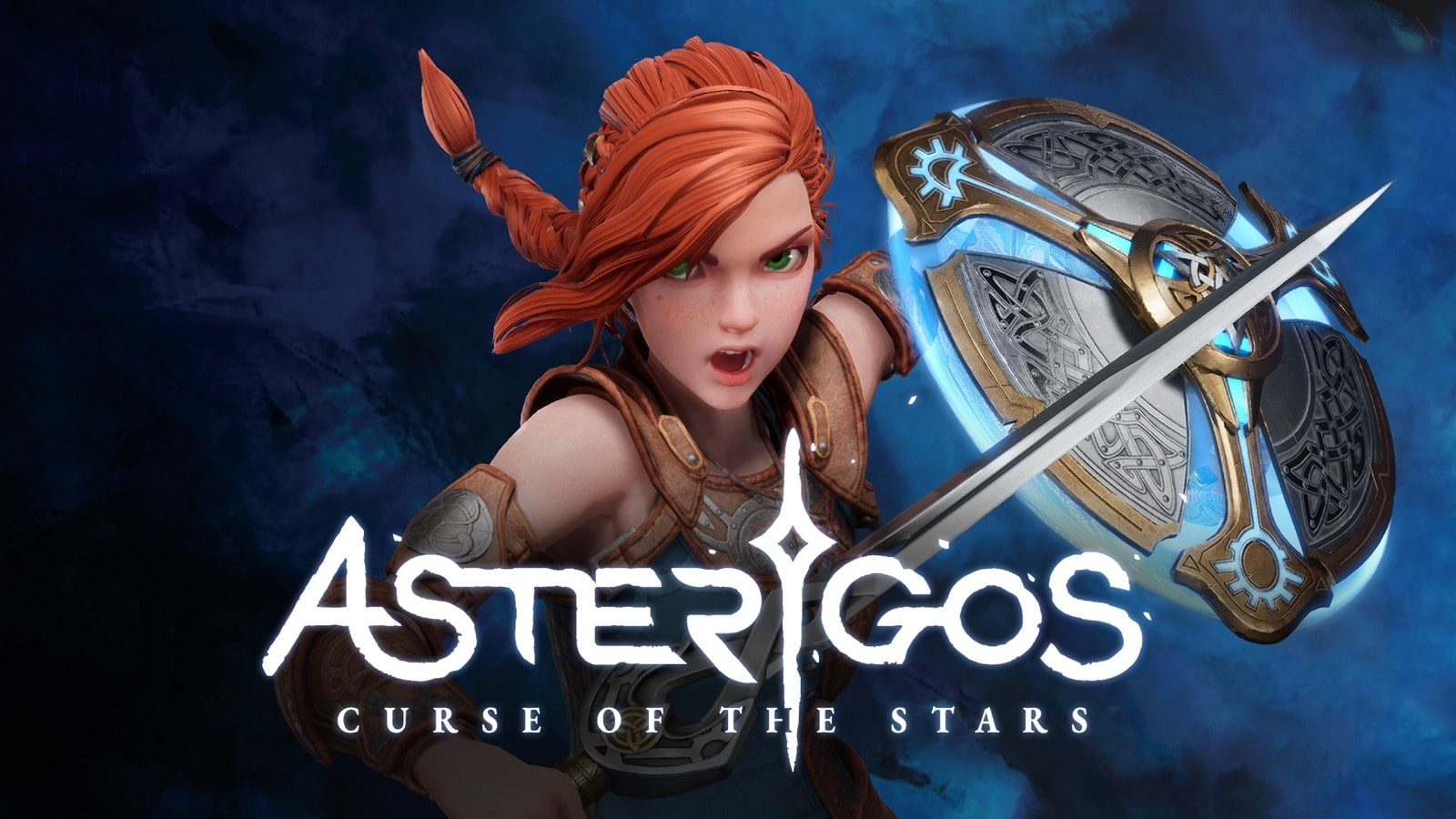 Asterigos Curse of the Stars – Review
Score Definition
Almost perfect if not the for the nitty-gritty. If it's quite there but not enough to push the boundaries, it's still an awesome game.
Pros
Streamlined Souls-like experience
Your choices affect many potential outcomes
Satisfying combat
Cons
Pausing doesn't pause the game
Camera gets stuck behind foreground assets occasionally
It's tough keeping a full supply of healing salves
9
Excellent