Asterigos Curse Of The Stars Weapons – How To Unlock & More 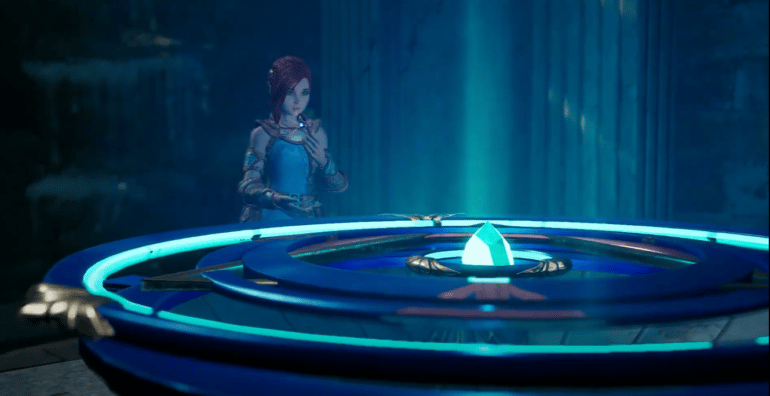 Asterigos: Curse Of The Stars is the newest role-playing game developed by Acne Gamestudio. Since its release, the game has been given credit for its amazing gameplay and storyline, and among the things that make it great is the fact that the use of weapons is utterly profound to the point that players can combine attacks with them. As such, this guide will introduce all of Asterigos Curse Of The Stars Weapons and what they are capable of.

All Asterigos Curse Of The Stars Weapons

There are a total of 6 types of weapons that can be found in Asterigos Curse Of The Stars, which are as follows:

Each weapon has different styles of fighting and can enhance further depending on what players feel comfortable choosing. In battle, players can equip 2 out of the 6 weapons present and combine them in making combo attacks to suit their needs.

The first weapon that players will use in the game is a sword and shield. This weapon is the perfect balance of both offense and defense capabilities that players can enjoy in fighting enemies early in the game. Once mastered, they can perform counters that can repel charging enemies.

The use of dodging and increased speed can be combined with the daggers as this weapon can make Hilda move in and out of combat instantly. Combine it with Lightning-based attack traits and it’s a force to be reckoned with.

Charge through the battlefield with his heavy weapon as it can perform charged attacks that shatter enemy defenses in an instant. The hammer can also cause a knockdown effect on enemies when hit with the charge attacks making it the perfect opportunity for Hilda to do extended combos with no interruptions.

Among the weapons found in the game, the spear is one of the most defensive and precise weapons to be used. It has a special parry technique that helps Hilda launch a counterattack and can be used to single-handedly take down a tough boss battle.

An unnatural weapon that can make ranged attacks is the Staff. Players who use this can perform a set of magical attacks from ice spheres, fireballs, lightning bolts, and more. It has a special skill that fires a charged beam in which the farther the enemy is, the more powerful the attack will be.

If players want to become the type of player to do close-range combat, equipping bracelets for the battle is the best way to go. This unique weapon acts like a boxing glove and can imbue with elemental properties at a fast pace. At times, Hilda can summon magic landmines using the bracelets to trap enemies or deal damage to them that sends them into a knockdown state.

How To Unlock Weapons in Asterigos Curse Of The Stars?

Unlocking these weapons are simple. At the start, players will begin with the sword and shield and also the hammer. For the rest part, they can be unlocked at the beginning of the game easily by completing the “Retrieve the Stolen Weapons From The Thieves,” main mission quest. Doing so will add to your inventory the spear, daggers, staff, and bracelet.

How To Upgrade Weapons in Asterigos Curse Of The Stars?

To upgrade a weapon’s skills and stats, players will be required to level themselves and in doing so will earn Talent Points. These points can be used for a feature called the Skill Tree where new skills of each of the 6 weapons found in the game can be unlocked.

If 3 of Hilda’s weapons in the Skill Tree have been unlocked, not only will they have an improved set of arsenals but will earn an achievement/ trophy called Weapon Master.

Also watch this video by Fredchuckdave featuring all the weapons found in Asterigos Curse of the Stars and see how they perform well: