It's so chaotically good! 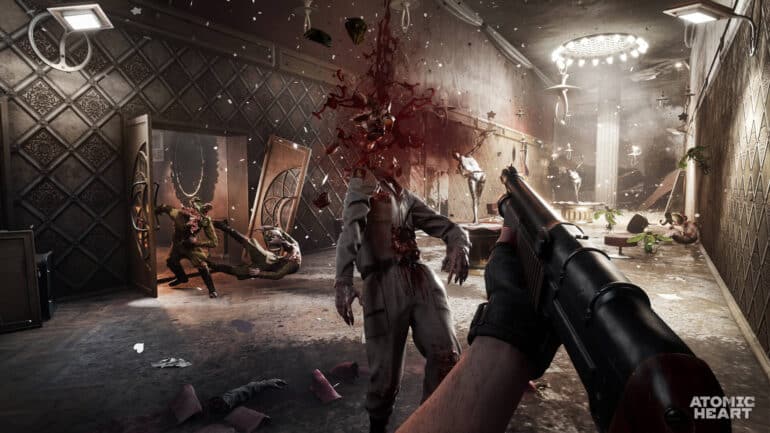 The latest combat trailer is quite chaotic and confusing as it starts with a rather weird scene. Two robotic dolls are doing some sort of ritual for something sinister. It then transitions into gameplay footage where the protagonist goes through several areas with various monsters. He uses various abilities in order to incapacitate these creatures that clearly have been corrupted by some sort of mutation.

Aside from abilities, the protagonist is seen using various weapons that literally destroy these monstrosities into pieces. He uses melee weapons, guns, and anything he could pick up. His left hand has the ability to shoot out different kinds of elements like fire, ice, wind, and others. Quite helpful in combat.

Here’s some short info about the game:

A system failure at Soviet Facility № 3826 leads machinery to rebel against the people. You are Major P-3, Private Agent, and your task is to minimize the consequences of this ‘systems failure’ and prevent the leakage of classified information. To succeed, you’ll have to do your homework and study every deadly foe to avoid becoming their next victim, for secret experiments have led to the emergence of terrifying mutants, implacable machines, and bloodthirsty creatures.

Master a unique and challenging combined combat system. Use two weapons simultaneously: a glove with multiple skills alongside various weapon sets. Combine melee attacks and ranged weapons in combat. Interact with the world around you during battle to great effect and spectacular result. Dangerous enemies with varied behaviors, designs, and features will put your skills to the test. Weapon crafting and modification systems allow you to apply a wide variety of upgrades and mods to your arsenal.

Atomic Heart is still in development. It will be available on PC, PS4, PS5, Xbox One, and Xbox Series X/S.