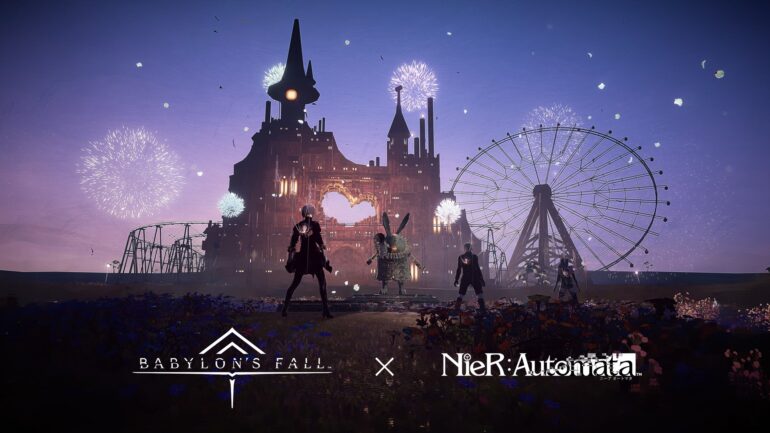 During the event, players will be able to join special quests and missions, which will reward them with exclusive campaign items afterwards. Each quest has recommended levels in order to play normally so prepare early before tackling these as they ramp up difficulty.

There is also a ranked leaderboard while the Amusement Park Rabbit is taking place. Get higher rankings in order to obtain exclusive emblems.

During the event, players will notice the Sentinel HQ will be different. It will be decorated in the style of the collaborator, NieR Automata.

Completing campaign missions will reward players with Gears, materials, and different types of titles. Completing the Amusement Park Rabbit will reward vanity attire Emil where they get its smiling weird head.

During the Garaz Mission, players can defeat various types of Machine Lifeforms, which will reward them with the Coffin Case in the form of Emil. Gain event exclusive points Gears and materials as well.

Weapons can be acquired like the Virtuous Contract, Cruel Oath, Machine Axe, and Pod Rod during the campaign quests.

Lastly, by collecting the exclusive points Gears, they can exchange them for various items. Exchange them on Pygmalion at Sentinel HQ. They can get the Vanity Attire YoRHa Type A No. 2 Gear and the Coffin Case Flight Unit Cover.

Logging into the game will also net players with special login bonuses. Acquire Gears by just logging in.

Babylon’s Fall is now available on PC, PS4, and PS5.