EA has quickly denied these claims, but it seems a bit suspicious. 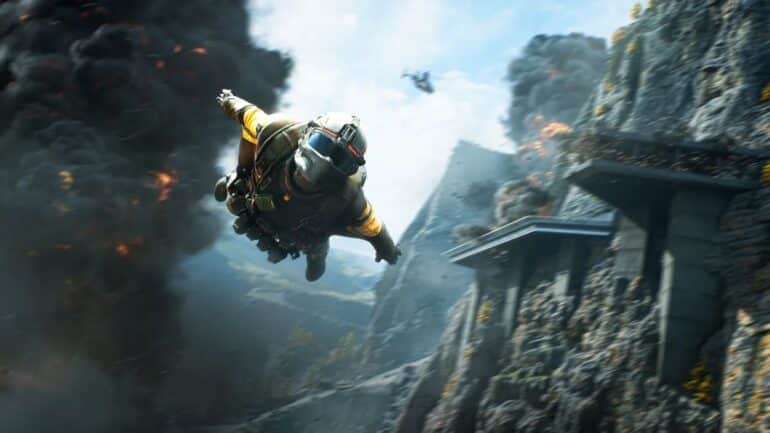 EA has now responded to claims stating Battlefield 2042 only has a skeleton crew left to tend to the game before they plan to “abandon ship”.

Journalist Jeff Grubb recently claimed on his Grubbsnax Giant Bomb show that the crew behind Battlefield 2042 has been downscaled dramatically. By downscale, he meant that the ones handling it now is just a “skeleton crew”. It means the number of individuals in that team is just the bare minimum, enough to run the servers and develop upcoming DLCs. He even revealed that this team will be the one to deliver the four seasons of live service content.

Grubb described it as the “abandon ship” situation. He revealed that the remaining team members is now working to shell out the fastest and cheapest content so that they can finally move on to another project, possibly a new Battlefield game. He claims that the original crew is already working on that new title.

It seems believable since Battlefield 2042 was very poorly received by its fans and the curious players who wanted to try it out. It was the worst Battlefield game reviewed of all time and also one of Steam’s worst reviewed game.  DICE did say they are still committed to bring new content to the latest title until they can finally turn things around. Still, a lot of fans were disappointed and these claims sounded true.

EA was quick to the response though. According to a statement provided to media outlet Eurogamer, EA called the report “untrue” and insisted that there is still a significant team at DICE and other studios that are “focused on evolving and improving the Battlefield 2042 experience for all players. Grubb also got a reply from EA saying the same thing.

Why Deny So Quickly? Hiding Something?

EA’s statement is quite interesting though as it seems it might have validated Grubb’s claims in a way. Why was the company quick to share a statement to refute the claim? Other companies would just ignore these rumors, but it was different for EA. What is the reason behind this? Could it be true that there is only a “bare minimum” of members working on Battlefield 2042? It all depends on how they will dish out content in the near future.