DICE also explains a lot of things and the changes they have made. 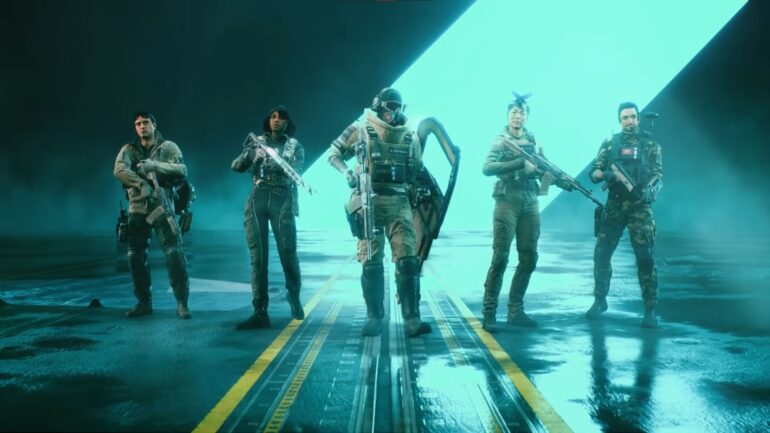 EA and DICE have recently revealed that the Specialists lineup in Battlefield 2042 is now complete as the final five of them are going to be added at launch. They are also standing by their choice of replacing classes with Specialists in this Battlefield iteration.

According to the developers, the Specialists are the next evolution of the classic Battlefield class system. It will enable players to have a bigger impact in the game and elevate teams in cooperative gameplay to newer heights. To celebrate that, a new video was released that features the final five Specialists.

Many players of the open beta criticized the Specialists because it limited teamwork for them. DICE explained that it was only the first five of the 10 Specialists that they have planned to release during launch. When the rest of them arrives, they are confident that teamwork will be better.

Several changes have been made too from what DICE learned from the open beta. These changes came from what they saw on Orbital map, the only playable one during the test:

The developers acknowledged that there were too many bots in the servers in the first few hours of the beta, which did not get backfilled successfully with real players. It made it clear that the bots were not designed to replace players.

DICE also investigated why there were some players got sent to other servers that were outside their region. They were now able to make big changes to this just in time for launch.

Players complained that there was no Big Map, which was a common feature for the Battlefield games. DICE assured that there will be one since the latest build is running it and it will be on release.

Another common feature in Battlefield games is the Commorose in-game communication, but it was not present in Battlefield 2042 during open beta. Again, DICE assures it will be available at launch and is already functioning in the latest build that they have.

Loadouts will be fully customizable. During open beta it was only partially represented and they only unlocked some of it to test out the behavior of some gadgets in a live environment. In the full game, the first four to six hours will have a reduced array of gadgets for the players’ open gadget slot. As their rank rises, more of those gadgets get unlocked for their loadouts. Progressing beyond the earlier levels will give them access to more specialized hardware and new Specialists.

The Plus Menu was criticized during open beta because it got reset every round. DICE clarified that at the final version of the game, players can assign attachments to multiple slots. Anything that they assign will be set up as the effective spawn setup. When a player gets deployed with weapon in hand, they will be set up with their preferred attachments.

Several adjustments have been made too like lighting and tint models got changed to make enemies more visible. UI has been adjusted so that if an enemy is within 10 meters, an icon will be present above their heads unless they are behind any terrain or map objects. The default controller mapping also got tweaked and full mapping will be available at launch. Aim assist strength has been increased too.

Crossplay and communication will have text chat as it makes it return on console while VOIP is also available. Crossplay invites will be enabled at launch.