Battlefield V Gears Up For One Last Content Update 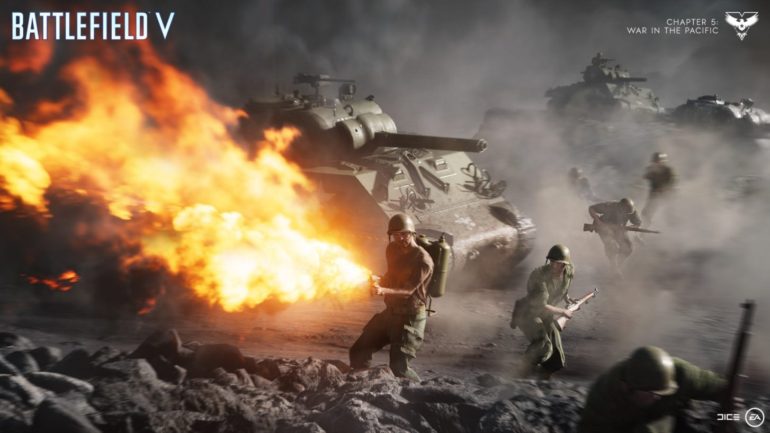 Game developer DICE recently announced that there will be a last content update for first person shooter Battlefield V.

DICE has officially confirmed that with the upcoming content update for the video game, it will now draw to a close. This means no more new content for the game and they will be moving on with a new project. This final content will come after Into the Jungle chapter will end on April 29. The last content update is targeted to launch this coming June. It will introduce new content, weapons, and game tweaks.

The developers did confirm that they are having difficulties in developing the content update since all of them are working from home right now due to the COVID-19 pandemic.  They are facing these tough challenges, but it seems they are making steady progress.

Check out what DICE will be implementing soon:

The developers’ anti-cheat team is also working hard on making the gaming experience of their players free of cheaters as much as possible. They did not divulge the details of what they were going to do, but they are assuring the gaming community they are fighting hard for them.

Battlefield V is already available on PlayStation 4, Xbox One, and PC.