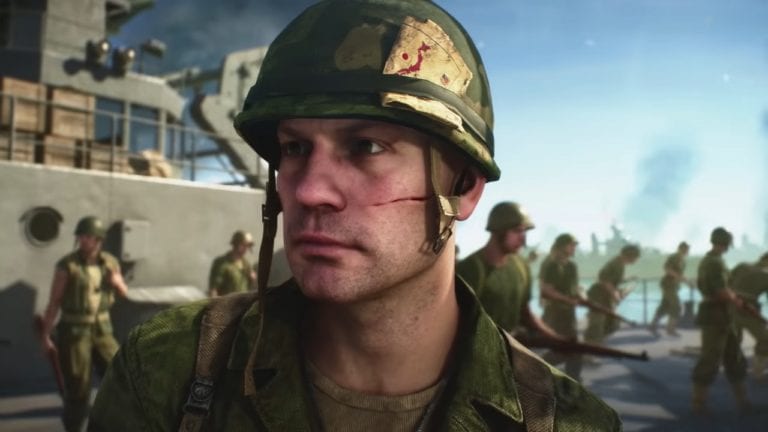 The new trailer features the new War in the Pacific expansion that will launch next week, Oct. 31. This new expansion will add a lot of new maps, weapons, and challenges for players to try out. This will finally bring the battles to the Pacific, which will add both the American and Japanese factions for the first time.

The new expansion will include with two new maps. Iwo Jima was originally teased with the last update, but it will be included in the new one. It will be a highly dynamic map with wide-open black beaches and close-range environments. The other map is Pacific Storm, which is a remake of Battlefield 1942’s Wake Island and will be added sometime in December.

The new weapons will be the M1 Garand, M1919A6, and the Browning Machine Gun. New gadgets will be available in the field as well like the flamethrower and the katana. New vehicles will be added like the M4 Sherman Tank and the Vought F4U Corsair airplane.

Several free weekends are coming for this game. Download and play the game for free from Oct. 24 to Oct. 28. The second free weekend will run from Nov. 1 until Nov. 4.