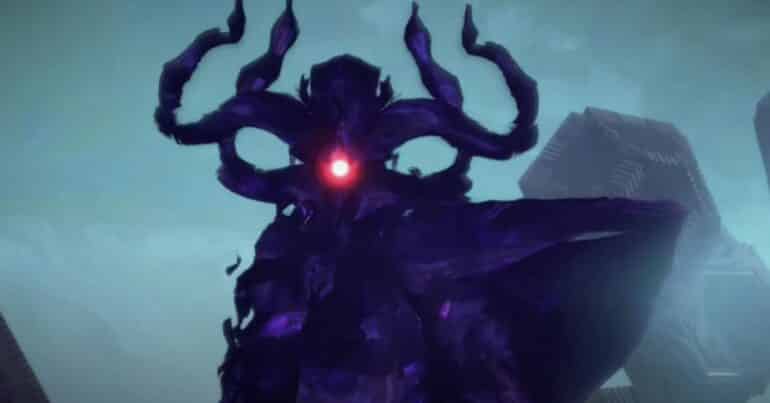 In Bayonetta 3 Singularity has made quite the imposing impression. This figure shrouded in purple and black with a single glowing red eye seems to be a malevolent figure in the entire game. But what exactly is its goals and why is it fighting Bayonetta? In this article, we’ll attempt to answer all of that about the Singularity in Bayonetta 3. Beware of spoilers!

Who Is the Singularity in Bayonetta 3?

Singularity is a supernatural being who is responsible for the creation of Homunculi, the enemies primarily fought, in Bayonetta 3. It serves as the main antagonist of the game and is fought as the final boss of Bayonetta 3.

It turns out that the Singularity is actually Dr. Midmyers Sigurd, a scientist who is aware of the existence of the Multiverse. During most of the Bayonetta 3, Sigurd is presented as an ally who helps the heroes against the Homunculi at least until his duplicity is revealed. Afterwards he drops all pretenses of helping Bayonetta and fights the heroes as the Singularity they’ve been chasing all along.

During the early events of Bayonetta 3, Rodin comments that the Homunculi are neither Paradiso nor Inferno, and that they’re locals. He turns out to be right on the money as Viola quickly explains. This is because Homunculi are man made bio-weapons created by humans themselves, specifically thanks to Dr. Sigurd.

It is unknown how Dr. Sigurd got the supernatural powers to create the Homunculi. However it is clear that he uses his knowledge of traversing the Multiverse to get the Homunculi he made to invade the Trinity of Realities.

What’s confusing is that there are multiple different versions of Midmyers Sigurd. And not all of them seem to be Singularity. The Dr. Sigurd from Viola’s original universe saves the witch-in-training from his alternate self and gives her the last world bridge to escape to another universe where Bayonetta 3 takes place.

Singularity’s one sole goal is to create the Alphaverse. He does this by destroying all other alternate universes and then fusing them all into one single reality. By collapsing every reality into the Alphaverse, Singularity is able to gain enough power to wipe out the Trinity of Realities in an instant.

Other than creating the Alphaverse and destroying the Trinity of Realities, much of the Singularity’s end goals remains cryptic. What exactly he plans to do after accomplishing his goal remains to be a mystery. Although from Sigmund’s conversation with Bayonetta in the final fight, he seems to want to live in a world of “his definition.”

Singularity is able to manipulate reality as he sees fit, opening portals to different universes and using the Homunculi to destroy them. He is, without a doubt, the strongest enemy Bayonetta has ever faced as he’s able to wipe out multiple different versions of her from alternate realities.

The Singularity fought in the prologue as Viola narrates in the background. This version of Singularity is completely shrouded in shadows with a glowing red eye. There is no way to defeat him in this form as the Bayonetta from this reality will always lose the fight.

Singularity in this form is incredibly powerful, able to quickly traverse distance in the fight. He can clone himself to attack Bayonetta, throw debris of buildings at the Umbra witch, and transform himself into giant Homunculi to fight her.

After absorbing Jeanne, Sigmund turns into Singularity Chaos. In this form, he is a gigantic glowing emerald Homunculi the size of a skyscraper with a big mouth, large single eye, and tendrils at the back. This form seems to be the weakest as Singularity is only able to make slow and predictable attacks.

After his Chaos form is defeated, Singularity shoots into space and transforms into a smaller humanoid figure. In this form, Singularity is able to summon large homunculi to fight Bayonetta. This seems to be his biggest preference to fight against the titular Umbra witch despite being able to keep her at bay with lasers and large melee swings himself.

After his Balance form is defeated, Singularity crashes back to the surface of the Earth and loses his extra appendages to take on a more godlike figure. In this form, Singularity is at his most powerful, breaking down reality around himself to fight the Umbra witch. This is actually a more defined version of the Singularity fought in the prologue.

Singularity Definition can create a clone of himself to fight Bayonetta at range, use debris from the building around the broken reality to throw at the Umbra witch, and transform himself into large Homunculi to fight her head on.

Unfortunately defeating Singularity Definition doesn’t come without cost. Bayonetta loses control of Gomorrah and succeeds in killing the Umbra witch. However before she is devoured, Gomorrah is promptly killed by Luka in his demon wolf form in a single hit.

That’s everything we know about the Bayonetta 3 Singularity. We hope this article was informative. For more on Bayonetta 3, you’re already in the right place.

Check out this Youtube video from Gamer’s Little Playground showing all the cutscenes in Bayonetta 3 including every instance of Singularity.