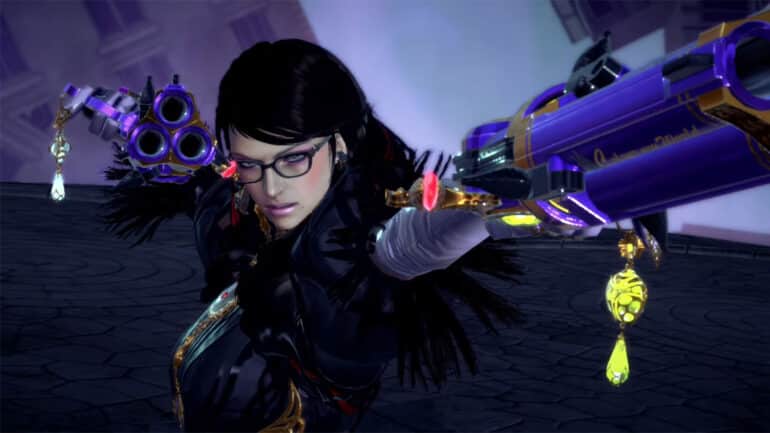 The Single Truth is the fourteenth and final chapter of Bayonetta 3 where Bayonetta, along with Luke and Viola, try to defeat Dr. Sigurd who revealed himself as the one behind Singularity.

In this guide, we will go through Chapter 14: The Single Truth, listing along any collectibles as well as Bewitchments that can be acquired in the chapter.

After a cutscene where Bayonetta, Luka, and Viola are trapped in the Alphaverse and where Luka decides to sacrifice himself to send the two back home, we’re back on Bayonetta in the middle of ruined Manhattan. Most of the events in this chapter will be verses, so there are no other collectibles to worry about other than fulfilling Bewitchments.

This verse will be another rock, paper, scissors kaiju battle between Sin Gomorrah and Singularity Chaos. Similar to before, you’ll have to counter the enemy’s attack with the right attack between Slam, Block, or Bite. The order still goes as Slam beats Bite, Bite, beats Block, and Block beats Slam. You can also shoot out a fireball any time, but it won’t be as strong.

Counter all of the enemy’s attack to get the Finish the Singularity Chaos battle with no damage Bewitchment.

The next verse happens in space on top of the remains of Singularity Chaos. You’ll now be fighting against Singularity Balanced. It’s not an agile enemy, but it can do attacks with wide range and can also summon adds.

After all its three health bars are down, it will transition into another phase where it gets five health bars and summons Cirrostratus and Cirrocumulus. Dealing with the two can be hectic, which is why it’s best to master Witch Time and do it as much as possible.

Once both are beaten, you’ll be going through another cutscene showing all alt Bayonettas and the main Jeanne to defeat Singularity for a brief moment, but it’s not over yet.

Defeat at least one of the adds to get the Defeat a Homunculus summoned by Singularity Balanced Bewitchment.

You’re back on Earth, facing against Singularity Definition this time. You won’t be able to use your summons in the first fight as another homunculus will be fighting against it. After one of its health bar is spent, the fight transitions to Gomorrah. It’s a free kaiju fight against a homunculus. Once it’s defeated, you’ll be back to Bayonetta, and now you can use your summons’ powers.

After four of its health bars are done, the scene transitions similar to what was shown in the beginning of the game where Bayonetta is nearing defeat. She then gets saved by Bayo 1 and 2, the protags of the previous games who somehow survived from their worlds’ annihilation.

As you get to control Bayo 1, make sure to attack in Crow Within by pressing the R button to get the Hit Singularity Definition 5 times with Crow Within as Bayo 1 Bewitchment.

Once the enemy’s health is down to two bars and after the climax attack, Luka joins the fight. The fight continues on with the both of you trying to end Singularity Definition. Once the fight is done and the credits start playing, stay put as it’s not over yet.

We’re back to controlling Viola as she fights Shadow Arch-Eve and her squid demon. Try to block the attacks and get into Witch Time as often as possible. Once the demon has been defeated, you’ll fight one on one with Shadow Arch-Eve. After the first phase, Viola will transform into her beast mode for the rest of the fight.

We’re not done yet as you’ll still be fighting through four more verses all the while the credits are rolling. Each verse still counts towards the chapter’s performance score. After everything else, enjoy the dance credits, and the See the end of Bayonetta’s story Bewitchment, and congratulations on completing Bayonetta 3!

Check out this video by Relic Ronin showing gameplay for Chapter 14: