Bayonetta 3 Chapter l – How Many Chapters 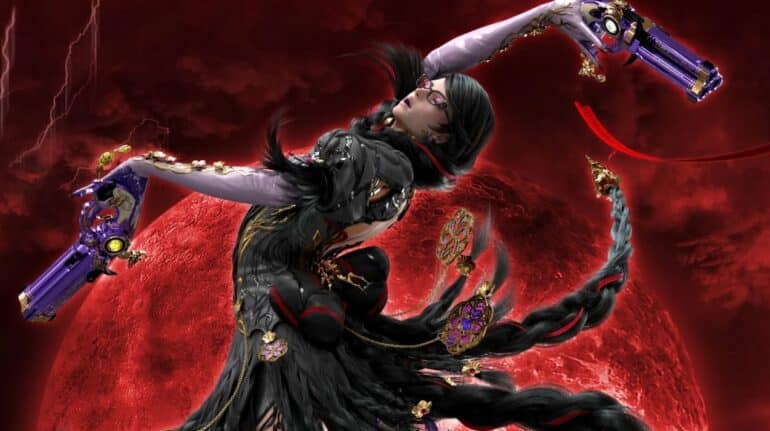 If you’re looking for an article containing the Bayonetta 3 chapter list, you’ve come to the right place. With the comeback of the titular Umbra witch after nearly a decade, fans are excited to once again play as the magical angel hunting sex symbol. However with the introduction of a new playable protagonist, you might be asking if there are some extra chapters along the way. This guide will show every chapter in Bayonetta 3.

All Chapters in Bayonetta 3

These are all the Bayonetta 3 chapters that you can play through. Take note that the side quests are mini chapters and must also be completed in order to progress the story.

We’ve created a spoiler-free detail summary in this article for what happens in each of the Bayonetta 3 chapters listed above. Keep reading if you want to know more details.

How Many Chapters in Bayonetta 3?

Bayonetta 3 has 20 chapters in total to play which includes the Records of Time, Prologue, and the Side Chapters. With the exception of the short Records of Time and Jeanne-centric Side Chapters, each chapter usually takes around an hour to complete depending on the contents of the chapter.

Records of Time: A Phenomenal Affirmation

The beginning of Bayonetta 3 which has the titular Umbra witch fighting a hopeless battle against a mysterious dark figure. A female narrator talks in the background as the fight goes on.

Bayonetta enjoys a peaceful day in Manhattan, New York with Enzo who’s currently busy being her pack mule for the day. All of the sudden, in typical Bayonetta fashion the day is ruined by mysterious assailants who neither seem to be from Paradiso nor Inferno.

A new face shows herself on Rodin’s bar who has some explanation about what happened in the human world. Bayonetta travels with Viola to look for Chaos Gears while Jeanne looks for a Dr. Sigmund.

Bayonetta travels to an alternate universe where she sees a different version of herself in Shinjuku, Japan. Here the Homunculi are tearing apart Tokyo with the military being ill equipped to deal with the supernatural threat.

Bayonetta continues through the torn streets of Shinjuku, Japan hunting down the giant aquatic Homunculi. She learns more about the inhabitants of this alternate universe.

Side Quest #1: The Crimson Shadow

Jeanne takes center stage and infiltrates a building in the original universe to look for Dr. Sigmund. Bayonetta 3 briefly turns into a side scroller stealth mission for the duration of this side chapter.

Bayonetta returns back to the Cliffs of Time. She winds up in a different universe than the one she encountered before.

It’s finally time for Viola to shine! As Luka zips away from the duo, Bayonetta asks the newcomer to look after him.

Chapter 6: Off the Rails

The controls once again goes back to Bayonetta as she continues battling Homunculi in this alternate universe.

Side Quest #2: The Lynx Strikes

The game once again focuses on Jeanne’s adventures in finding Dr. Sigmund. We go back to the stealth side scroller with a James Bond-esque opening.

The game once again gives us control of Viola who finds herself in an alternate dimension in the desert.

Bayonetta finds herself in the same desert as Viola. In this chapter she explores the Egyptian ruins which are plagued with hostile Homunculi.

As Bayonetta continues to search for the Chaos Gear, the Umbra witch meets with an unlikely ally.

We once again visit Jeanne to see what she’s up to as she gets closer to the location of Dr. Sigmund.

Viola is finally out of the desert and finds herself back in Thule. She chases Luka throughout the Frosted Peak.

Bayonetta finds herself in an alternate dimension in Paris, France. Unfortunately she has no time to admire the view with the whole city being under siege by Homunculi.

Chapter 12: The Edge of Madness

Bayonetta meets with a version of herself who has been corrupted by Singularity. The Umbra witch fights with her alternate version to free her from Homunculi control.

Side Chapter 4: The Doctor is Out

Jeanne finally meets face-to-face with Dr. Sigmund who claims can help them. Unfortunately the good doctor is immobile and Jeanne has to strap him to a motorcycle to escort him out. Unlike the previous Side Chapters, stealth is no longer an element as Jeanne has to destroy the Homunculi coming after her and Dr. Sigmund in a vehicle chase.

Chapter 13: Kingdom of One

Bayonetta and Jeanne reunite as the latter introduces Dr. Sigmund to the Umbra witch. As they move to stop the invasion, they are attacked by winged Homunculi.

With the truth revealed, the stakes are higher than ever. Bayonetta and Viola put everything in the line to stop the Homunculi.

Those are all the Bayonetta 3 chapters. We hope that this article was informative. For more on Bayonetta 3, you’re already in the right place.

Check out this Youtube video from Gamer’s Little Playground showing every cutscene in Bayonetta 3.