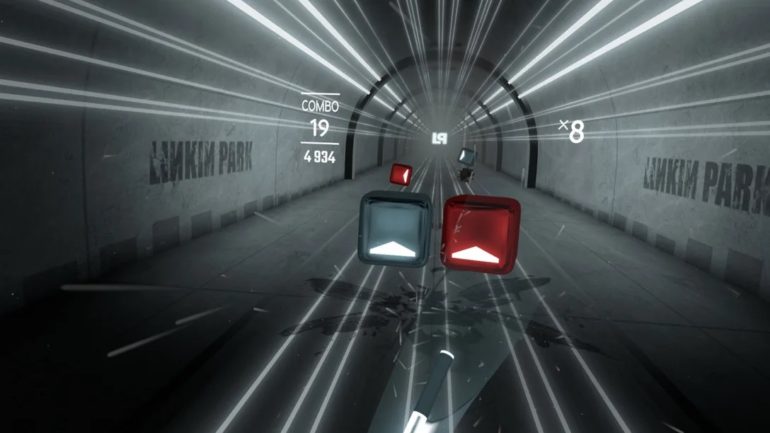 Popular rhythm game Beat Saber just got a new track to jive to and it is from one of the most popular bands in the world.

Game developer Beat Games just added tracks from Linkin Park to the popular rhythm game and so far a lot of players like it. Several tracks from other bands have already been added previously like Imagine Dragons, Panic! At The Disco, and many more, but Linkin Park just makes it all good. The tracks just blends well with the rhythm game that many gamers are already praising it.

Along with the tracks, the developers add a brand new game environment. This is a fully enclosed game area that was inspired from a tunnel scene in the music video One Step Closer. They also paid tribute to the iconic Hybrid Theory album with the whole environment stylized into the album’s colors.