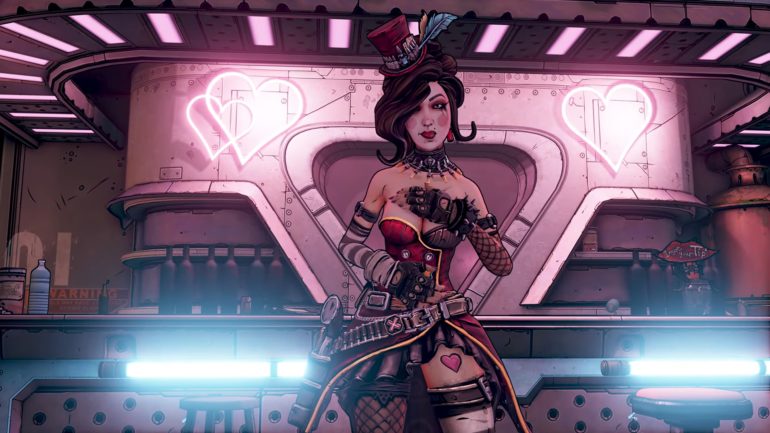 Now that the downloadable content Moxxi’s Heist of the Handsome Jackpot is available, a launch trailer was released together with it. The DLC can be purchased today for only $14.99.

Check out the overview of the add-on here:

After seven years on lockdown, Moxxi has asked for your help in seizing control of The Handsome Jackpot as the ultimate act of revenge against her villainous ex, Handsome Jack. He’s long-dead at this point, but the former Hyperion CEO still makes his presence felt and isn’t going to give up his eponymous casino without a fight. In order to get past the casino’s formidable defenses—like an army of Loader Bots and various factions of stranded casino-goers—Moxxi’s recruiting a team of highly skilled oddballs to take over from the inside. For more details, please refer to this blog.

Moxxi’s Heist of The Handsome Jackpot is the first of four paid campaign add-ons that are included with the Borderlands 3 Super Deluxe Edition and Season Pass. The add-on is also available for individual purchase for $14.99, though you will need to own a copy of the base game to access the add-on content. In order to reach The Handsome Jackpot, you’ll need to have gained access to the good ship Sanctuary III by completing Episode 5 of Borderlands 3‘s main story campaign.

Aside that, 2K Games announced a series of content drops that will be coming to Twitch, which are available for free with a Twitch Prime membership. The first one is available now, which is the Caster Blaster weapon trinket and three Golden Keys.

The game is now available on PlayStation 4, Xbox one, PC via the Epic Games Store, and Stadia.