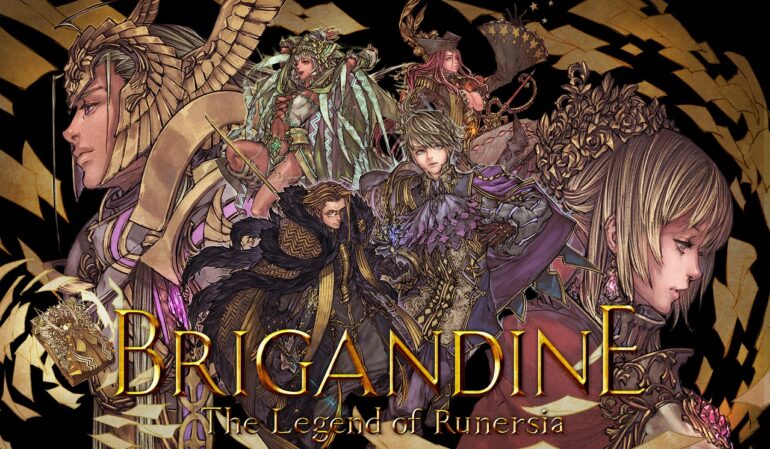 Japanese video game company Happinet recently announced that a free demo for video game Brigandine: The Legend of Runersia will be available worldwide on the PlayStation Store.

The game demo will be available when the title launches on December 10. It will be released with a free day 1 patch “Titans and the Iron Front.” It will introduce new features, improve player experience and fix minor bugs. This is a major update and now available on the Nintendo Switch version right now. All purchases on the PS4 version will get an exclusive free dynamic theme.

The playable demo on PS4 will have two modes to choose from. Training mode offers tutorial on troop movement, invading bases and combat, while Trial mode offers the role of the Brigandine of Justice, ruler of the Norzaleo Kingdom in Easy Mode. It will end when the player’s army reaches up to 10 seasons or when seven bases have been occupied by the army. It can be replayed, however, to try different strategies and scenarios each time. Game progress or save data in the demo cannot be transferred over to the full game.

20 years since the first Brigandine game launched on the original PlayStation, Brigandine: The Legend of Runersia is a classic returning to the PlayStation as a new turn-based strategy game created for modern gaming platforms and set in a familiar fantasy world primed for players to conquer. Brought to life by veteran development talent including scenario writer, Kenji Terada (FINAL FANTASY I – III), art director and character designer, Raita Kazama (Puzzle & Dragons, Xenoblade Chronicles), and the homecoming of composer Tenpei Sato (Brigandine: Grand Edition, Disgaea 1 -5). This SRPG will offer hundreds of hours of immersive gameplay in this stunning new campaign for conquest. Players choose one of six nations to assume the role of the ruler aiming to conquer Runersia. As a ruler, players will command more than 100 Rune Knights throughout the six nations leading various monster troops of various dragons, ghouls, and fairies, into fierce battles on hexagonal grid maps in the tactical turn-based battle system.

The PS4 system version of Brigandine: The Legend of Runersia is currently in development by developer Matrix Software and will be published by Happinet digitally on the PlayStation Store December 10 for $49.99. The game will be playable on The PlayStation 5. This title is rated “T for Teen” by the ESRB and has a PEGI 7 rating in Europe. The Nintendo Switch version released on June 25 and is available on the Nintendo eShop for $49.99.