Brigandine: The Legend of Runersia Launching on PS4 Worldwide Soon 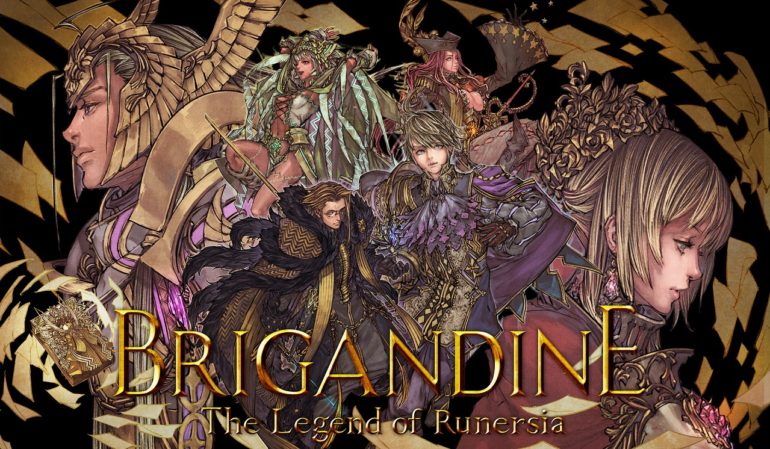 Japanese video game company Happinet is excited to announce that SRPG Brigandine: The Legend of Runersia is officially launching on PlayStation 4 worldwide.

The PS4 version of the SRPG will be coming on Dec. 10. 20 years after the first release of the original game on the PlayStation as a new turn-based strategy game, it now returns with the sequel for modern gaming platforms.  The game is brought to life by veteran development talent including Scenario Writer Kenji Terada, Art Director and Character Designer Raita Kazama, and Composer Tenpei Sato.

Happinet is also happy to announce that The Legend of Runersia will be playable on the PlayStation 5.

On Nintendo Switch, the game will get major updates and improvements based on community feedback. This update will be free of charge and expected to release close the PS4 launch on Dec. 10. More details will be released later on.

A limited physical edition pre-order for the PS4 version will be available starting on Oct. 9 until Nov. 8. Limited Run Games will handle this.

In Runersia, a continent created by the Rune God, mana rains down endlessly. Eons ago, five Mana Stones were brought forth by this continent and passes through history alongside human nations, eventually embedding into special Brigandine equipment to create Rune Knights – special individuals who can wield the mana power and stones embedded into their armor to cast skills and magic as well as summon and control ancient monsters. Six Brigandine nations of Runersia, each with conflicting ideals beliefs, histories, and faiths, are divided by Brigandines of Justice, Glory, Freedom, Sanctity, and Ego, while the sixth nation exists without Brigandine. The goal is to win battles to expand their nation’s influence until the entire continent of Runersia has been taken over by the player.

Featuring a Fantasy world conquest within the turn-based strategy genre, Brigandine: The Legend of Runersia will offer hundreds of hours of immersive gameplay in this stunning new campaign for conquest. Players choose one of six nations to assume the role of the ruler aiming to conquer Runersia. As a ruler, players will command more than 100 Rune Knights throughout the six nations leading various monster troops of various dragons, ghouls, and fairies, into fierce battles on hexagonal grid maps in the tactical turn-based battle system.

Brigandine: The Legend of Runersia Features:

Brigandine: The Legends of Runersia is now available on Nintendo Switch and will be released on PS4 and playable on PS5 by Dec. 10. The Switch version is priced $49.99 on Nintendo eShop.