Brigandine: The Legend of Runersia Now Available on PS4 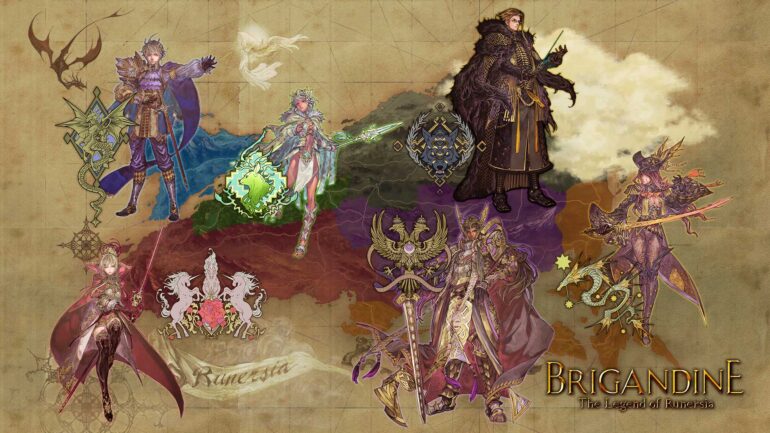 Game company Happinet is proud to announce the official worldwide launch of SRPG Brigandine: The Legend of Runersia on PlayStation 4.

The cult classic on the original PlayStation in 1998 has now come back with a new sequel that stays true to the tenets that won over fans over 20 years ago. The PS4 version launches together with the new Titans and the Iron Front patch, which offers new content and updates that are based from the community feedback for the recently released Nintendo Switch version.

To celebrate the game’s release, all digital purchases of the game on PS4 will have a free dynamic theme. The PS4 will also have a free system demo that includes two modes, Tutorial and Trial.

Featuring a fantasy world conquest within the turn-based strategy genre, Brigandine: The Legend of Runersia will offer hundreds of hours of captivating gameplay in this stunning new campaign for conquest. Players choose one of six nations to assume the role of the ruler aiming to conquer Runersia. As a ruler, players will command more than 100 Rune Knights throughout the six nations leading various monster troops of various dragons, ghouls, and fairies, into fierce battles on hexagonal grid maps in the tactical turn-based battle system.

Brigandine: The Legend of Runersia Features:

• High degree of freedom in warfare‒ Players decide which of six nations to play as, which countries to invade, and how to conquer the continent
• Hundreds of hours of gameplay‒ A single nation’s plotline provides 30+ hours of playtime with multiple endings, post-ending content and newly added custom difficulty levels
• Classic gameplay and design based on the original‒ Combat is a turn-based tactical RPG, with knights on each side leading three monster platoons into battle on a hexagonal grid to jostle for victory
• Immersive gameplay and original artwork from talented veterans‒ Lead artist and character designer, Raita Kazama brings his artistry to the 40 base locations, over 100 unique knights, and 50 monster types in Runersia
• Challenge mode‒ Battle in a combination of a sandbox and score attack experience where new missions are non-stop, challenging the player’s ability to change strategies on the fly as difficulty becomes harder the longer a player survives
• New content and updates‒ “Titans and the Iron Front” update includes new high-level monsters, Titan and Shadow Goblin, custom difficulty levels for enemy AI, playtime and EXP gain options, new user interface, menu adjustments, and added functions making conquest over Runersia more strategic than ever

In Runersia, a continent created by the Rune God, mana rains down endlessly. Eons ago, five Mana Stones were brought forth by this continent and passes through history alongside human nations, eventually embedding into special Brigandine equipment to create Rune Knights – special individuals who can wield the mana power and stones embedded into their armor to cast skills and magic as well as summon and control ancient monsters. Six Brigandine nations of Runersia, each with conflicting ideals, beliefs, histories, and faiths, are divided by Brigandines of Justice, Glory, Freedom, Sanctity, and Ego, while the sixth nation exists without Brigandine. The goal is to win battles to expand their nation’s influence until the entire continent of Runersia has been taken over by the player.