Bringing the Dead Back to Space – Dead Space Remake

The Dead Space franchise is on the edge of a revival. And it all depends on this reboot. 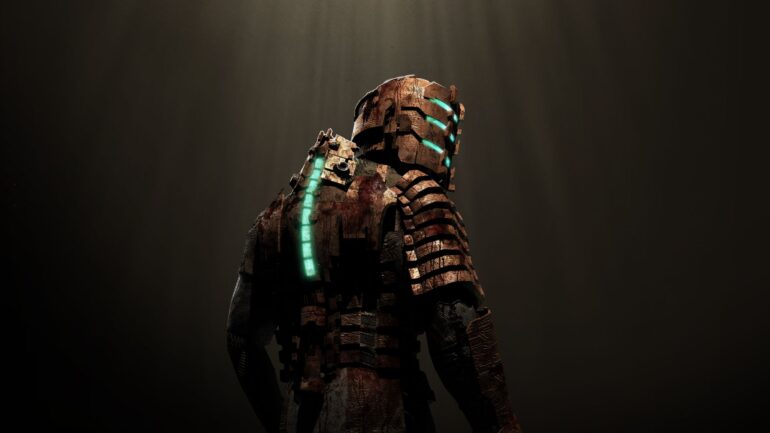 Dead Space, the cult classic hit of 2008, was recently announced to be having a remake, under the umbrella of EA. The original, headed by the now defunct Visceral Games, has had an… interesting history, but without any doubt the first game will forever hold a necrotic part of my heart.

The first Dead Space takes place on the USG Ishimura, with the player stepping into the box crushing boots of Isaac Clark, the world’s most badass engineer. With a literal crash course in how they got there, the group of survivors must compete against the hordes of the undead and figure out a way off the ship of the damned. Along the way, not just physical, but physiological horrors start to take hold, and the group is pushed to their limits, is the horror they see real, or is another factor at play?

In terms of gameplay, they took the simple zombie shooter and created a game focused on dismembering unique and alien designs of undead, each with weaknesses and strengths, and each giving me a unique heart lunge when they appear from the shadows of air vents.

With its award-winning sound design and fantastic claustrophobic level design, the game has me coming back every Halloween. I remember each health and safety nightmare of a corridor to almost one-to-one in my mind now, and with forever do so for possibly the rest of my life. The story beats, if dated, still harp on my strings with the characters, each hiding a part from the others, each starting to succumb to paranoia and distrust. Then we have to talk about the background dealings after the initial release of the first game, with its sequels.

With the hands of EA moving around their collars, Visceral Games was forced to move to a more action focus, instead of one necromorph against you with a makeshift pistol, the next has 15 and you with a military assault rifle. However, the second Dead Space game still had its strong moments, and there is a valid fan base for its unique blend of action and horror.

Then comes the third, some consider the black sheep of the family. Dead Space 3 had cover mechanics, human enemies, and a tutorial mission that was more akin to that of a modern military shooter than that of a space horror.

It didn’t just end at in-game mechanics, this was also one of the first games to add microtransations to a single player focused game, with its “resource management”, used to build better weapons, you’d either have to scrounge for it in barren areas… or pay 5 bucks to skip the grind… in a single player game. This is the biggest fear I have with EA involved, and hope that the price tag they give is the only one tied to the remake. If anything, the failure of the third is clear warning signs to the remake, on how to avoid trying to “modernize it” to the current audience, only for the audience not to give it the time of day.

The Dead Space remake, headed under the rather new Canadian studio Motive Studios has a decent, if not limited, backlog. Being the developers of EA’s Star Wars games, mainly “Star Wars: Battlefront 2” and “Star Wars: Squadrons”. Each successful, if not having rather shaky pasts. For the most part, not much is known, except for a few snippets from the developers themselves.

Firstly, the remake isn’t a simple gloss of rusted paint, but instead a full remake of all assets. There’s also talk of extra gameplay mechanics that could be added, however there has been no solid names to any of them yet and is all speculative. Other than a completely CG 5 second trailer, not much of anything has been shown yet, so it’s hard to judge how true these claims are yet.

Pacing is a big part of horror games, each segment needs to ferment in the terror of the situation, each corridor needs to have its moment to instil fear in the player. This current developer has had no real dealings with this style, it’s only other games of note were action paced shooters, with explosions and epic dogfights, nothing really tied to a quiet moment in the dark. But I suppose we’ve never seen them tackle this style, and they may yet surprise us with the new advancements in technology.

When thinking about how far technology has come since the last instalment, my mind races with how the updated visuals and even mechanical improvements next gen could bring to the already fantastic game. For starters, with an emphasis on ray tracing of late, the creaking damp quarters, dripping with blood could use ray tracing to its fullest, each blood splatter effect by the shine of the players shaky light, and the windows shining the stars against the glass in a new visual flair.

Next would be the lighting itself, not only would reflections be improved, the dark hull of a poorly lit deck of a ship, each holding innumerable shadows for eldritch horrors to hide in, with just enough to see something move, but not enough to know you did see something.

Apart from the enemies the player will face, updated animations to show how the bodies creak and crack unnaturally, the dripping of blood from broken jaws, and how a simple corpse can add another layer of horror as you see it physically look at you, not just your general direction.

And lastly, but most importantly, the dismemberment system. How instead of predesigned parts flopping off after enough damage, how about where you shoot is where it breaks, holes appearing from rifle shots, saw blades mattered in gore as your undead opponent is literally spattered across the wall, as I smile like a 90’s serial killer. And I will admit, at times the original’s writing is a looking glass at the times, and with some reworks and refinement, could give added nuance, or even added atmosphere to the already beautifully dreadful planet cracker.

Characters getting more depth, so I actually care about them when they are inevitably cut down by the undead hordes. We already see what engines like frostbite can do for the modern system, with weather effects and dynamic shadows shown in the recent battlefield games, with a slower and more controlled environment, I think it could reach its apex on the floating hulk.

In my closing thoughts, I feel that this Dead Space remake can be a big win for EA, but only if they give it the budget and time it deserves, and not fall to its money-grubbing tactics that put it into the ground in the first place. And to the new studio under the reigns, they’ve proven they can do space action, but that’s the least the series needs, now I want them to prove that they can do space horror, without a reliance on explosions or heavy machinegun fire.