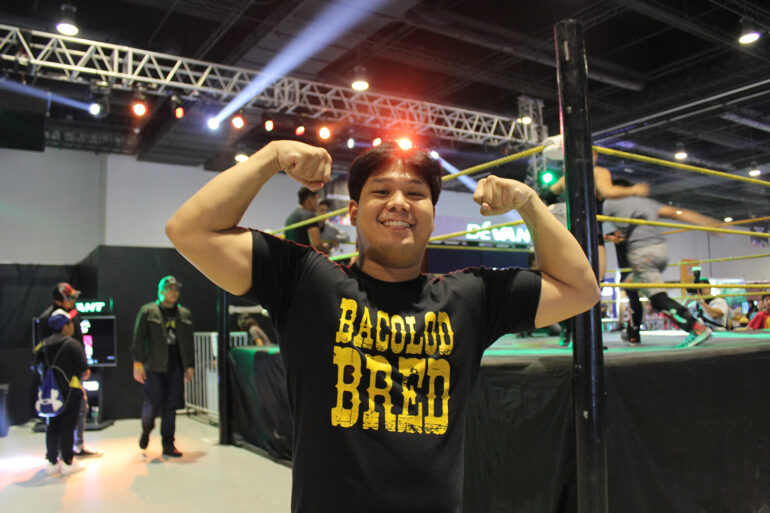 This was the second time PWR had set up a wrestling ring right in the middle of APCC. To get from one end to one end of the convention, you would have to pass by it, and when there is a show the loud cheer of “one fall” can be heard. I decided to muster up the courage and ask one of these burly men on who I can interview. To my surprise, it was very easy.

What is PWR and how did it start?

PWR is Philippine Wrestling Revolution. We are currently the premier wrestling promotion here in the Philippines. It started out as a Facebook group of like-minded people just wanting to wrestle. Talking came to doing, so over time we were able to train and become actual wrestlers along with procuring our own ring. We have been around for three years, with our first show being in Sept 2014. We have been around a while now and we are still going to get better. In fact, this is our second year at APCC. What PWR wants to do is bring the art of professional wrestling to the Philippines and South East Asia as a whole.

So far how many wrestlers do you have in your stable? How varied are they in characater?

PWR currently has 35 wrestlers, and all of them are really infused with the Pinoy culture. We are all based in Pinoy culture, just like the guy from Ayala Alabang, like my character is a haciendero.

Has there been any challenges?

The challenges has always been finances, as we are still a passion project. WE try to keep working hard to make do with what we have. We have been having a lot of eyes and ears on us. In fact WWE checked out one of our shows this year. 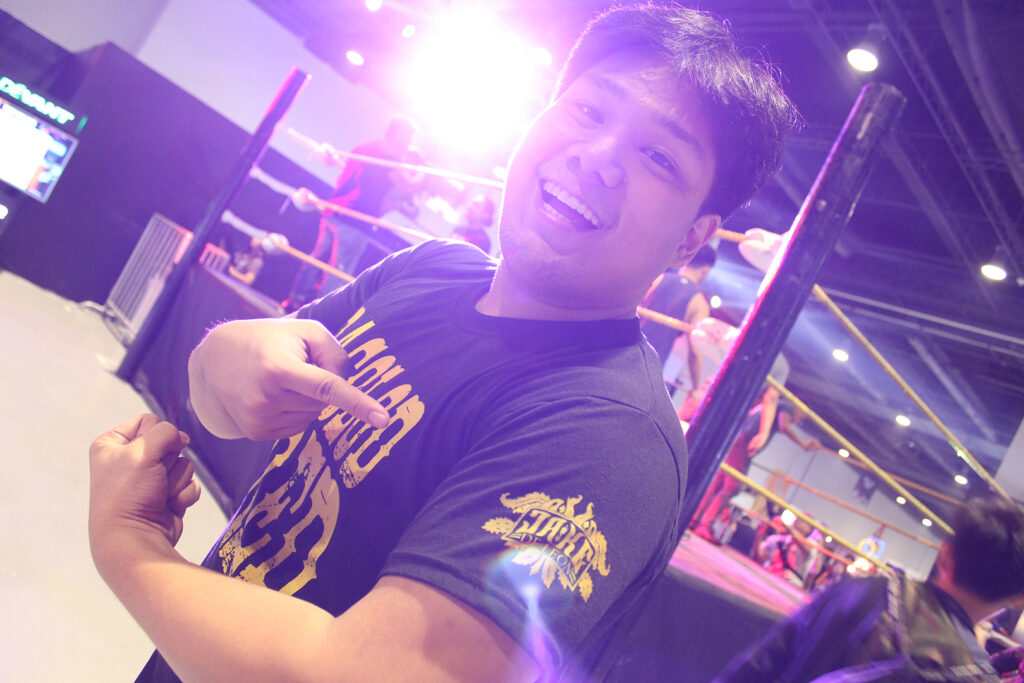 Your character, Jake de Leon, can you describe him a bit more? You also said you are the president and a wrestler, how does it feel to fill such roles?

It is hard, but very fulfilling. My character is “The Senyorito” Jake de Leon, a haciendero from Bacolod city, Negros Occidental, and it is basically me turned up to 11. I’m a guy who enjoys wrestling, was brought up in our hacienda in Bacolod to know the secrets of hard work, showing respect to everyone, always having a good time and showing a smile.

Who is your biggest rival in the ring?

My biggest rival used to be John Sebastian, the wrestler from Ayala Alabang, and one of my biggest rivals is Ralph Imabayashi. He is actually half-Filipino and half-Japanese and likes to hit guys really hard.

If someone wants to join as a wrestler, how can they join?

They just watch out on our Facebook page. We usually announce when we have our PWR boot-camps. Currently, it’s closed as we have a class currently on-going. When it comes around, just message us and we’ll get to talking.

We have a show coming up on September 3, 2017 at the Power Mac Center Spot Light, Circuit Makati. It is called PWR live Sugod. If you buy your tickets early, it is Php 350 or you can buy the ticket at the door for Php 400.