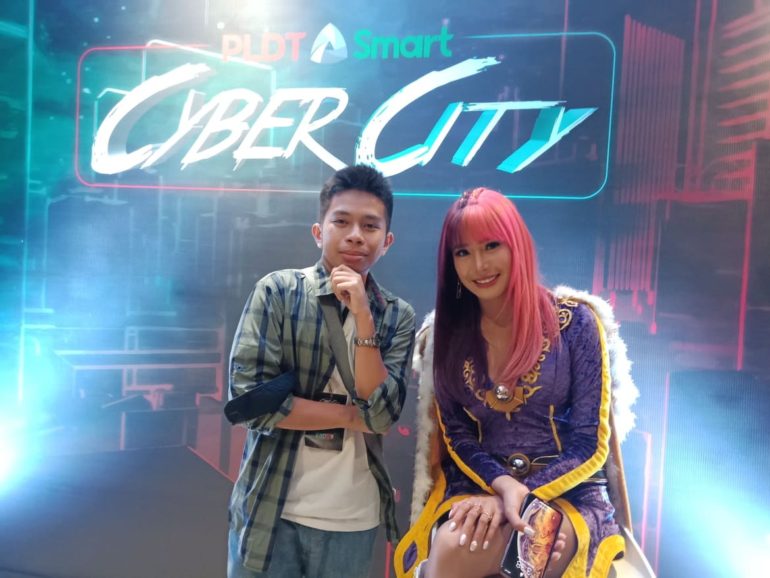 Interviews are not my strong points. Talking to people in general always made me anxious. Am I making a mistake? Did I say something wrong? Am I being offensive? Too intrusive? No matter how friendly the interviewee is, I just barely keep myself from having a nervous breakdown. And even with Myrtle Sarrosa being as friendly as they come, I simply lack the experience and the equipment to perform a proper interview with a national celebrity.

I’m grateful for the opportunity to join them [people at ESGS] for one of Southeast Asia’s biggest events. This is an opportunity for all gamers from different walks of life and who enjoy different types of games to come together for this grand event.

I noticed that she was also cosplaying a certain character I didn’t recognize. Asking her about it, I was able to find out that she was an avid Ragnarok, a popular online MMO, fan. And she wanted to cosplay as a high wizard for ESGS. Besides playing on PC, she is also a console player, specifically the PlayStation.

Though my interview with her was short–only lasting about roughly three minutes. I didn’t want to take too much of her time, as she had other responsibilities for the company she was representing. She told me during the interview that she was grateful for the opportunity to be able to represent PLDT. And even more so, hanging out with her fellow gamers.

I’m thankful for having the chance to interview Myrtle. Although I was severely unprepared, Myrtle was kind enough to go easy on me. A gesture that I appreciate. I wish to see her as well in the year that follows for ESGS. I feel that it is great seeing a celebrity associate herself with the gaming community.