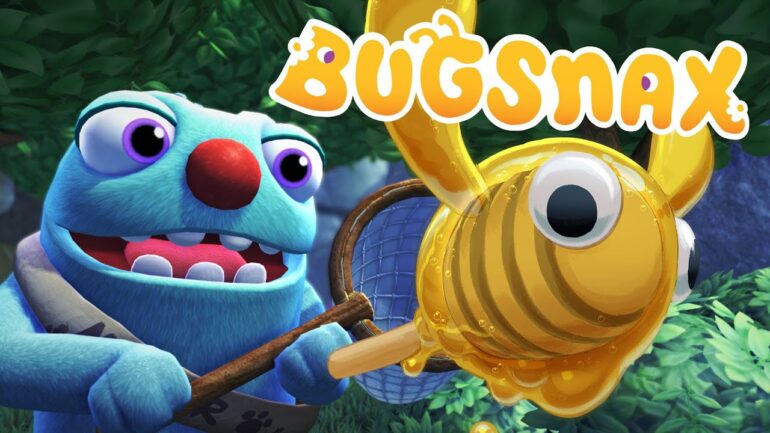 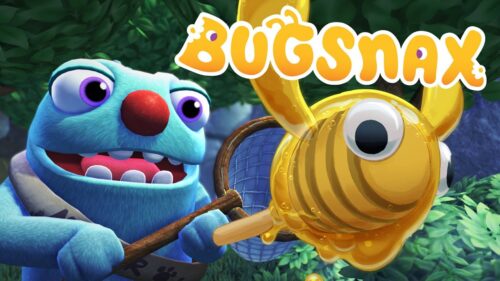 Imagine a place where you can hunt and collect all the cute and cuddly monsters. And let’s say this certain place has a fun and relaxing story to tell. That is how this interesting and seemingly innocent video game called Bugsnax starts. But that’s not how it’s always going to be. Slowly but surely, everything will change as the story progresses.

Bugsnax starts off with a mystery where you, a newspaper journalist, are invited by Lizbert Megafig to the Mysterious Snaktooth Island. The island itself is inhabited by half bug and half snack beings, called Bugsnax. Whenever someone eats one of these mysterious creatures, a part of their body turns into that snack and they gain some abilities associated with it. When you arrive, the town is uninhabited and the one that you are supposed to interview has gone missing. You are then tasked to find the rest of the residents and get to the bottom of this mystery.

I got to admit, I really thought Bugsnax was going to be a bore due to it being too relaxing. It does start with a mystery and that got me scratching my head a bit, but the story then slowly drags down to mostly fetch quests and going to point A to point B. Then all of a sudden, the narrative picks up and the mystery deepens so quickly you get caught up by surprise. I will not divulge any more details, but at some point in the main quest, the story starts to get dark and more mysterious than ever. At some parts it tricks you into thinking it is going to be a supernatural mystery, only to get tricked by a logical reason. It slowly drags you into the narrative and you just fall deeper and deeper until you get hooked. I have to warn you ahead though, the story suddenly flips you 180 and blindsides you out of nowhere.

The characters are all quirky and unique at the same time. There’s the mayor who feels unsure of himself as to why he was appointed. The adventurer, who although missing, has these films where you can view her behavior as if she was there in person. There’s also the ever-so-jumpy guy who loves Bugsnax and does not want to eat them for some reason. The feeling-diva rumor-hungry gal, the stubborn farmer, and much more. Everyone has their own unique characteristics and behaviors, which sometimes make them clash with each other when they come back to town. It is always interesting to watch them bicker and argue over the littlest of things.

Bugsnax, in terms of gameplay, is just Pokemon without the RPG elements. The quests are mostly fetch-quests and going to a certain destination, but the meat of it all is the genius of catching your targets. You have to be smart with it or else you will get frustrated in catching a Bugsnax that is impossible to do with your current method. Every tool that the Grumpuses (the humanoid race involved here) hand over to you will be essential in catching Bugsnax and sometimes one or two of them can be used simultaneously. There is also a sort of detective gameplay present where you have to find clues to find out what really happened to the missing Grumpuses. There is nothing else though, but hunting and catching Bugsnax is the only gameplay mechanic that will get you hooked throughout this game. Everything else is either just for completing tasks, or a bore to do.

For a small-sized game (6 to 7 GB), Bugsnax is a wonderfully bright colored game with beautifully animated environments, characters, and Bugsnax. It does not try too hard to become too realistic and just stays in its lane of being cartoony and goofy with splendid palettes splashed all over. Then it just slightly improves the 3D visuals a little bit just to give it enough texture. I like the way it is right now and hopefully, in future prospects it will stay the same. Also, those googly-eyed Bugsnax are just so cute and unique to catch and collect.

Since Bugsnax is not heavy on the visuals, it loads wonderfully on PC. The frames are steady and I felt no lag whatsoever whenever I play. I have not encountered any game-breaking and small bugs at all during my whole playthrough so it was a pleasant experience. Traveling through different locations is not that heavy too, only taking 2-4 seconds to load each screen.

The music is just perfect for Bugsnax! The opening song is so catchy that I sometimes hum to it whenever I start up the game on PC. Each location has its own catchy BGM to listen to and the tunes change depending on the time! Hyper and exciting for mornings, relaxing for noon and early afternoon, lazy and sleepy in the late afternoon and throughout the evening, a bit depressing when it rains, and so on. It is quite a fun gameplay experience adventuring through different locations with different tunes to listen to while catching Bugsnax. There is never a dull moment in this game. The dialogue and voice acting are quite great as well, which perfectly blends in with the narrative. It just feels natural to listen to compared to other games that feel artificial for some reason.

There are tons of sidequests to do in Bugsnax, giving the game high replay value. Also hunting and collecting the different types of Bugsnax is super fun to do, which somehow compels me to catch them all instead of just ignoring the extra ones and only focusing on those that are asked for during quests. There is just that feeling of accomplishment once you catch your targets in witty ways that you thought would not be possible at first. The only problem in this game is that there is no evidence of it having more content or the possibility of having a new game plus feature. When you play a new game, you will have to start from the beginning again and fill your collection from scratch. Also if you did everything in one go, you are not compelled to play again anymore. Completing the game once is a full experience already whether you have completed your collection or not.

Bugsnax is quite a fun game to play from start to finish. Unlocking the mysteries of Snaktooth Island, looking for missing Grumpuses, and completing quests is not the meat of the game though. It’s in the act of hunting and catching Bugsnax. The characters are quirky and wacky with awesome voice-acting. One full playthrough is a perfect experience already, but I do not feel the need to replay it again in the near future. Despite its small flaws, it is a solid gameplay experience to experience at least once. 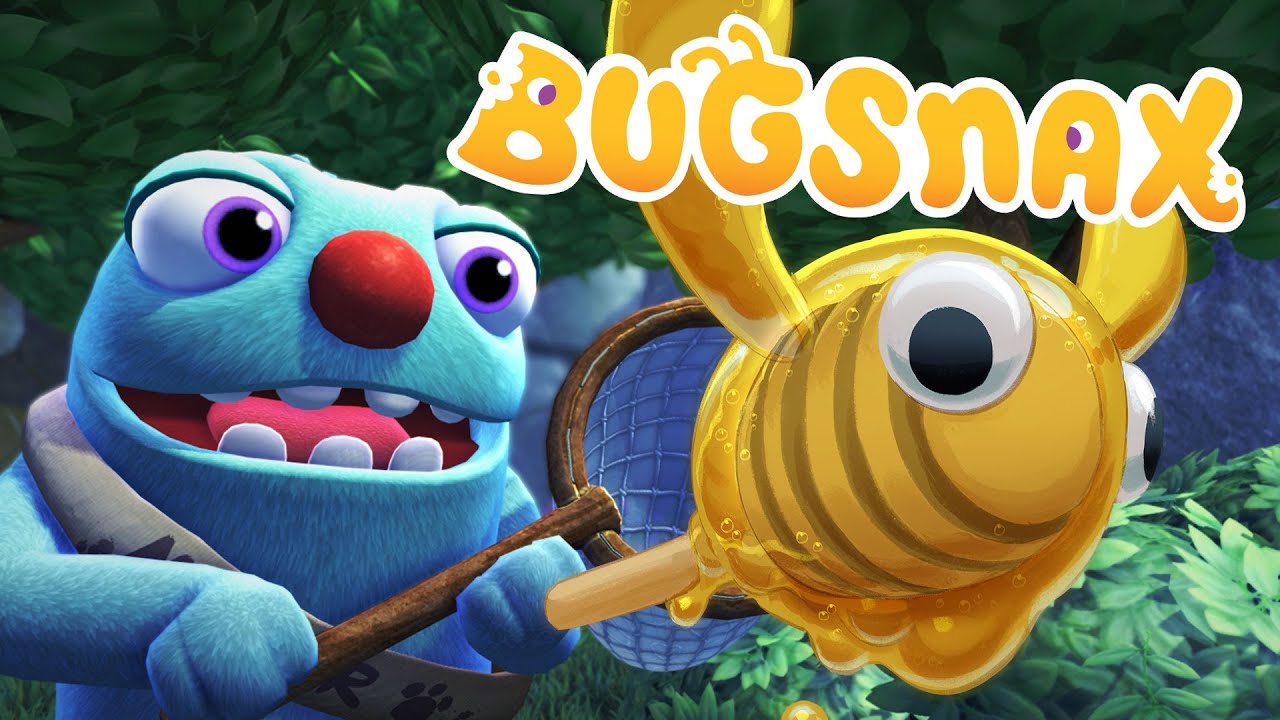 Bugsnax – Review
Score Definition
Almost perfect if not for the nitty-gritty. If it’s quite there but not enough to push the boundaries, it’s still an awesome game.
Pros
Addictive and fun gameplay mechanic
Interesting and unique characters
Solving the witty methods of catching Bugsnax
Perfect tunes for every location, mood, environment, and time
Slow burner narrative that suddenly flips 180 with a shocking twist
One of the few "one playthrough is enough" games to play
Simple yet beautiful and cartoony visuals, which makes it pleasing to the eyes
Short loading times
Smooth gameplay
Cons
Mostly fetch and from point A to point B quests
Other gameplay mechanics are a bore to do
No new game plus features
9
Excellent