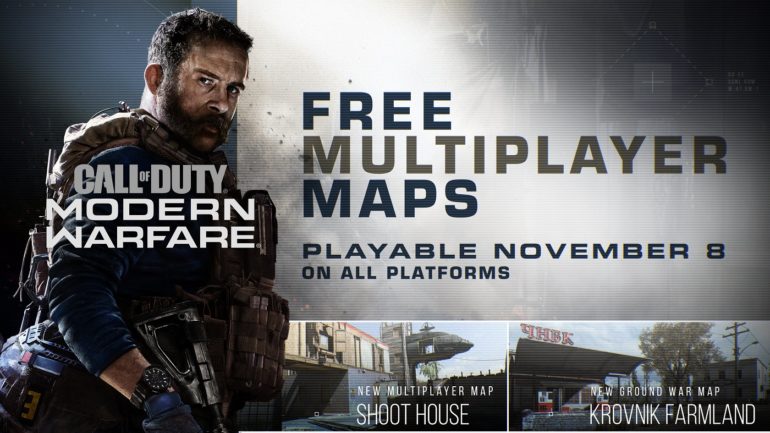 The upcoming update version 1.07 will add two new maps and a return of a game mode that was present in previous titles. Shoot House will be a new 6v6 map and the other one will be for Ground War called Krovnik Farmland. These were actually predicted by that massive data mine recently. The update will also add the classic Hardpoint game mode, which was the core inspiration for the recent game’s new Headquarters mode. Hardpoint will let players fight against another team to control a point on the map. Every minute or so, the Hardpoint will change to a new location, which will shift the balance of poweras teams rotate around the map.

All of these new content items will be free to download since Infinity Ward will not use the Season Pass model anymore. There will be more maps later on.